Bancolombia experiments with crypto in sandbox, anticipates increased use in Latin America 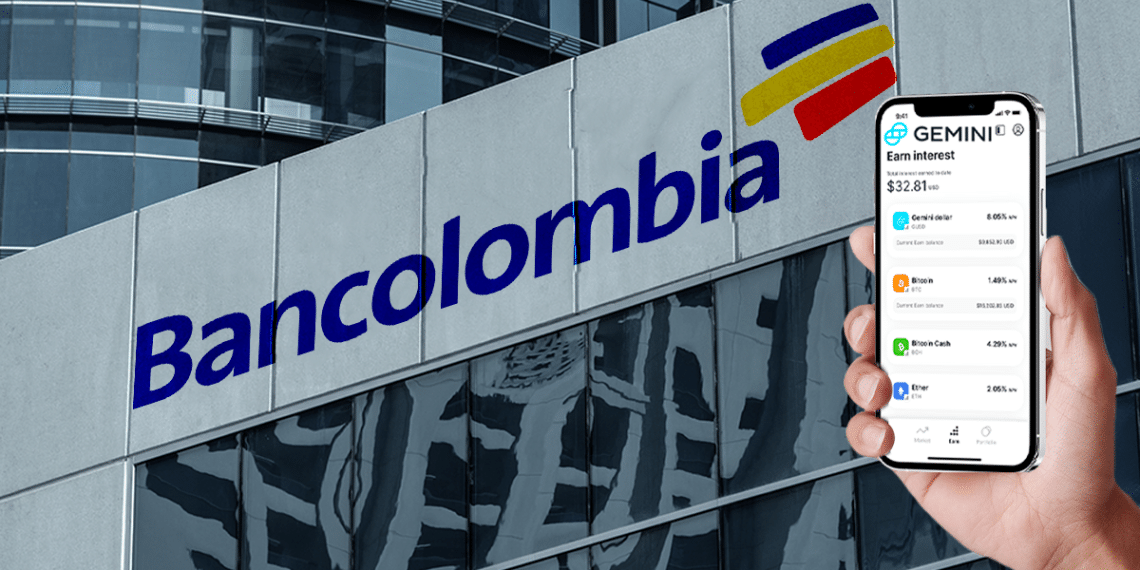 Traditional institutions are even starting to experiment with crypto, in anticipation of more widespread usage in Latin America

Bancolombia, the South American country’s largest bank, is preparing to incorporate tangible use cases with cryptocurrencies, in a sign of their growing importance in Latin America, both for traditional institutions and regulators.

Along with other banks, fintechs and exchange platforms, the lender is taking part in Colombia’s regulatory sandbox to experiment with buying and selling cryptocurrencies such as bitcoin, ether, bitcoin cash and litecoin. It’s a pilot project that has caught the attention of its customers.

“At Bancolombia, we’ve been studying the entry of crypto assets into the economy for more than six years in order to understand the challenges that this brings and to prepare ourselves,” says Cipriano López, the bank’s vice president of innovation, said in an interview with iupana.

“Cryptocurrencies as a means of payment, and even as legal tender, will be increasingly common in our region,” he says.

In an alliance with Gemini, a U.S. company that offers a wallet, trading and custody for cryptocurrencies, Bancolombia is doing marketing tests, and attracted about 650 customers in the space of a month. Its goal is to reach 5,000 users, the maximum limit set by the Financial Superintendence of Colombia, during 2022.

These clients will be able to trade cryptocurrencies directly with Gemini using their savings or checking accounts and Bancolombia’s digital channels.

“This pilot seeks to promote understanding of the behavior of people who invest in these types of assets and of how banks can operate correctly with exchanges,” he add

The pilot also uncovered new business opportunities tied to crypto assets. Nine (OTHER?) alliances are participating in the experiment, including Banco de Bogotá, the country’s second biggest lender, and the fintech Movii.

“Demand has been good. Our users are always looking for new options and it has grown enough to be considered an interesting business for the banks as well as for the exchange,” says Eduardo Ríos, leader of the crypto team at Movii, a digital wallet backed by Square, the fintech created by Twitter founder Jack Dorsey

Movii has seen growth of more than 50% in monthly transactions since the start of operations in June 2021, together with its partner, the crypto-to-fiat exchange Bitpoint.”There has not been a month with negative growth,” Ríos says, adding that the fintech is close to reaching the limit of 5,000 users.

This alliance has traded more than 1.6 billion Colombian pesos (just over US$400,000) in approximately 6 months of operations.

Crypto regulation for Colombia
According to Ríos, 6% of the population, or about 3 million people, owns crypto in Colombia, which denotes a responsive market. Colombia was the Latin American country with the highest cryptocurrency adoption after Venezuela, according to a study published in March 2021 by Chainalysis, a blockchain data platform.

Buda.com, another exchange that participates in the sandbox, estimates that more than 100 billion Colombian pesos (US$25 million) is traded every month in the country.

This growth supports the idea that the test space should be a first step towards creating rules for trading decentralized currencies by regulated institutions, even if the sandbox itself is not regulatory.

The collective objective of the pilot project “is that among the entities that are participating, the exchange and the regulator, lessons are learned that allow a legal framework to be created at an important pace,” says Luis Iregui, co-founder of Coink, a fintech specialized in promoting savings through transactional products that is also participating in the sandbox.

Bancolombia’s Lopez agrees. “One of the big challenges is finding a balance between regulation and taxes for crypto companies,” he says.

“From a regulatory point of view, the countries of the region have shown little celerity in understanding and taking a clear position regarding crypto companies and crypto assets, which is reflected in the existence of gray areas, fear when doing business, and informality that ultimately doesn’t benefit the end user and creates environments with competitive disadvantages for both parties,” says Lopez.

The Colombian crypto project is also designed to measure the effectiveness of digital identity verification and money traceability.

Meanwhile, bigtechs such as Meta are starting to use stablecoins to send fee-free remittances, which is a key market for the United States and Latin America.

Potential use cases for crypto are leaning mostly towards international payments and transfers. But also credit.

In this context, financial institutions—traditional firms and fintechs—which operate under regulatory supervision are looking for avenues into this market, which according to CoinGecko is valued globally at more than US$2 trillion; beyond investments in volatile currencies such as bitcoin.

“Programs such as the one the Superintendency has established in Colombia are an important step in the evolution of the crypto ecosystem in Latin America,” Cynthia Del Pozo, Gemini’s director of strategy and corporate development, told iupana.

For its part, Buda.com began operations within the sandbox in early January in alliance with Banco de Bogotá. The exchange has operated in Colombia for six years.

“Financial institutions have done their homework in a cautious, discreet manner,” says CEO Alejandro Beltrán, adding that the pilot is helping to overcome fears surrounding the crypto industry, given its reputation for opacity and alleged ties to money laundering or terrorist financing.

The Financial Stability Board, a watchdog for the G20 group of nations, which includes Mexico, Brazil and Argentina, warned last week that regulators must be prepared to control the crypto market in the event of a rapid escalation in the risks posed to the global financial system.

“This pilot is the prelude to a possible regulation of the crypto asset industry in Colombia,” says buda.com’s Beltrán.

Venture capitalists bet big on crypto in 2021, plowing more cash than ever into emerging…