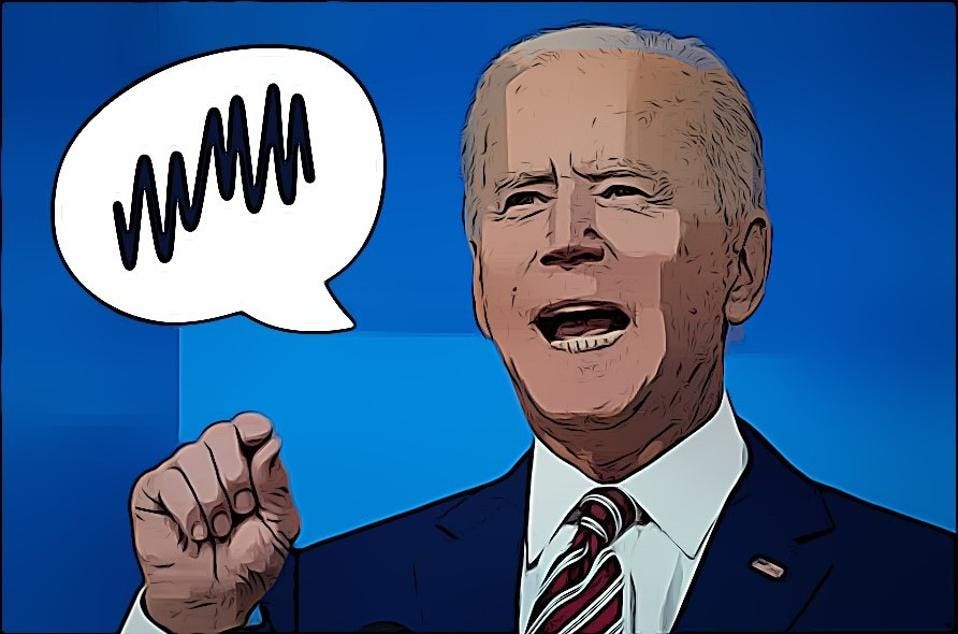 How real is the threat of regulatory overreach and higher taxation for Bitcoin? If powerful Western governments want to knock Bitcoin down a peg as it prepares to roll out digital versions of the dollar and euro, what’s to stop them from trying to punish it through stricter rules and higher taxes?

This week might go down as one of the key markers in Bitcoin history. The International Monetary Fund warned El Salvador to do away with its Bitcoin-as-legal-tender policy. And President Biden saying new rules for Bitcoin and cryptocurrencies are coming soon.

It’s one thing for the President of the United States to tell the public that new regulations are coming in its home market. But what’s this with the IMF telling a sovereign nation what to do with its currency policy? It’s not like El Salvador is borrowing money from the IMF in Bitcoin. The Powers-that-Be are anxious. They cannot roll out their central bank digital currencies fast enough. And decentralized crypto is gaining power.

The UK’s former Health Minister, Matt Hancock, wrote in an op-ed in City A.M. on Friday that, “the mainstream arrival of cryptocurrencies is set to shake the foundations of banking… the centuries-old idea you need a bank to make a payment is coming to an end.”

Why a Health Minister is writing on this, I have no idea. But the likelihood is strong that this is water cooler chatter in London. A new banking model is taking shape. The old model wants its own digital currency to control. Bitcoin, others, are out of its control. For them, this can’t be good.

Therefore, if you are of the mind that Central Banks want to kill Bitcoin (and all the alt-coins along with it), then how would they do that?

I have been worried about central bank digital currencies eventually replacing demand and interest in Bitcoin. However, everyone I speak to about it is not as worried as I am.

Now I have something knew I’m worrying about — a new risk, perhaps, for us crypto investors. If the U.S. or any government wanted to punish Bitcoin in favor of its own digital dollar, one way to go about it would be to increase taxation on crypto investments.

Is such a thing even possible?

“What the administration would do is crack down on Coinbase and others and use regulations to make it so onerous for the exchanges, especially if Biden is going to call it a matter of national security,” speculates Vladimir Signorelli, founder of investment research firm Bretton Woods Research and a Bitcoin investor. “If they increased taxes, treated it differently, it would be unfortunate. It would be terrible.”

The White House is developing a new digital securities strategy, expected to be issued as an Executive Order (EO). This means it lasts only as long as Biden is in power, or a new president agrees with its premise. A finalized copy of the new rules is expected at some point in February.

The EO will elaborate on a new regulatory framework and is expected to highlight how the White House views Bitcoin as a potential national security risk to the dollar.

The International Business Times reported on January 24 that the EO will “direct federal agencies to weigh risks and opportunities of these assets and submit their reports by the second half of the year.”

So, none of this happens overnight. Investors will have time to think this over.

“I think Biden will use an executive order to bring heavier taxes on Bitcoin,” says Dragostin Kozhuharov, owner of ComperBroker.io.

Biden, himself, has said very little about Bitcoin. Or digital assets, in general.

Meanwhile, the Fed issued its report on their digital dollar — whereas the Fed becomes your bank if you opt-in to having a digital dollar wallet — and has invited public comments by May 20.

Worth noting, the House of Lords in the U.K. shot down this idea of a digital pound two weeks ago. It’ll be back, eventually.

Another issue that could pull the rug out from under Bitcoin in particular, and maybe even Ethereum in the short term, is the Biden team is concerned that mining for cryptocurrencies takes up too much electricity and is therefore bad for Mother Earth. Unlike printing dollars. That is not as bad for the planet.

There are just too many ways the government can treat cryptocurrencies differently than traditional securities — and the best way to separate it from traditional assets is through taxation.

For now, selling crypto is the same as selling a stock in your E-Trade account. Coinbase will have your tax documents ready for filing if you sold crypto for dollars.

The Internal Revenue Service issued Notice 2014-21 in 2014 that defined cryptocurrency as being the same as stocks, bonds, and other assets that qualify for capital gains taxes. If your DeFi token is paying yield, apparently you get taxed on that, too, in theory. But I will save that for the tax specialists.

My evil genius thinking is that the government says — look, Bitcoin is harmful for the environment and it is not U.S. issued tender, therefore we can tax it differently.

I don’t know how this would work. But it would trigger a massive sell off in Bitcoin. If you want to kill Bitcoin, get the most powerful nations in the world to tax it to death.

I asked industry experts to calm me down.

“Remember, Bitcoin is for ‘hodlers’. They don’t care about tax anyway,” says Kozhuharov. “People who have a lot of Bitcoin are holding for a really long time. Bringing taxes on Bitcoin isn’t going to influence the price,” he says.

Igneus Terrenus, head of communications at Bybit says investors who hold “and do not realize their gains…there is no avenue to tax them.”

Bitcoin has opened up the possibility of a new alternative financial system and economy.

“Attempts to force this new reality into an outdated framework of top-down control is likely to fail,” says Ben Caselin, head of research & strategy at AAX, a cryptocurrency exchange.

“Nonetheless, following game theory, we can expect resistance to Bitcoin across the board, wherever it threatens the status quo,” Caselin says. “Draconian tax laws and other unreasonable measures to hamper its adoption would fit the picture and are both indicative of Bitcoin’s growth as well as the ignorance that surrounds it.”

Hitting crypto with taxes beyond what standard securities pay would also increase the likelihood for offshore crypto havens to flourish (مرحبا دبي!). It would also set up competition between countries.

And while most Americans probably won’t unload their Coinbase account for the Russian version of one, Russia and others could make investing in crypto more attractive if the assets are held their instead. (Of course, the U.S. can, and would, just tax the hell out of it when you bring it home under Patriot Act laws, but if you are just transacting in BTC, you will never need fiat again.)

“The U.S. knows the future is inevitably digital,” says Nigel Green, CEO of the deVere Group. “This would explain why Biden is rushing a directive that would place the White House in a central role overseeing plans to set policies and regulate digital assets.”

Between Biden’s new crypto edicts in the works, the Fed’s digital dollar, and the IMF scolding tiny El Salvador for its Bitcoin policy, crypto is reaching a tipping power in the power play with fiat currency.

“The IMF asking a pioneering sovereign nation to drop a future-focused financial policy that attempts to bring it out of financial instability and a reliance on another country’s currency shows the institution to be on the wrong side of history,” says Green.

El Salvador has used the dollar as its currency since 2001.

“Bitcoin is the world’s largest digital currency –- and digital is the inevitable future of money. For the IMF not to recognize this is baffling,” says Green. “There’s a sense among them that Bitcoin is headed towards a moment of critical mass.”

And if the Western banking powers, as demonstrated recently by the IMF, are against Bitcoin being the digital currency of choice, what’s the best way to stop it and make it all look quite reasonable to the talking heads of CNBC?

My guess: tax the living daylights out of it, in favor of digital dollars and euros.

Bitcoin Crypto Regulation
Previous ArticleHow to Play Crypto Market Crash From An Investor Who Made $1 Billion
Next Article Bitcoin & other cryptos are growing up & facing scrutiny, Will they earn your trust?