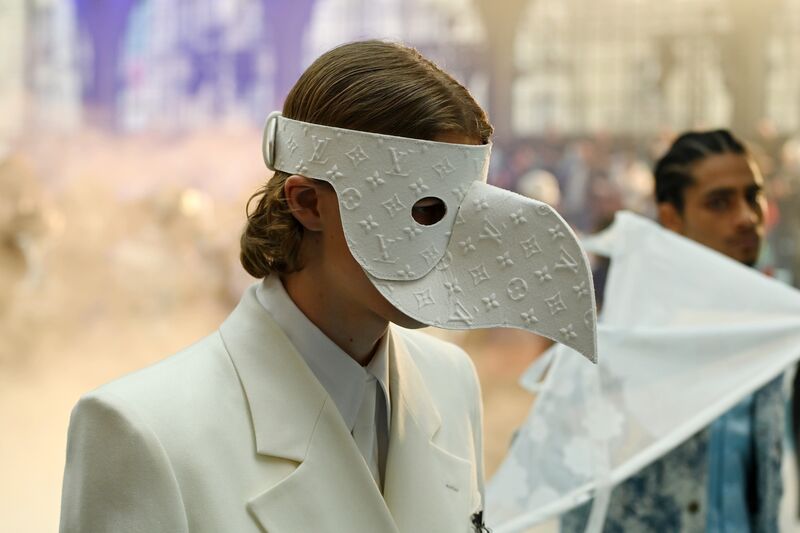 Chinese consumers have passed the bling baton to American shoppers.

Flush from soaring stock markets and surging cryptocurrencies, the U.S. was the surprise leader of the luxury sector last year, as people splashed out on everything from Cartier jewelry to Christian Dior handbags.

Although China is still linked to the fortunes of the industry, Covid outbreaks and Xi Jinping’s “common prosperity” agenda have curbed the country’s fierce appetite for high-end goods. Fortunately for Big Luxury, American spenders came to their rescue.

But the industry shouldn’t be celebrating just yet. With the selloff in tech and other highly valued stocks, and a near halving of the value of Bitcoin since November, the risk is that people rein in their newfound desire to go upmarket and the red-hot U.S. luxury market loses steam.

Consumers typically splurge when they feel wealthy. According to analysts at Jefferies, crypto gains likely accounted for up to a quarter of the growth in U.S. luxury sales in 2021. The most obvious example was in watches, as the U.S. overtook China last year to become the most valuable market for Swiss watch exports.

But consumers spread the love everywhere, splashing on contemporary art and non-fungible tokens, as well as on top-end jewelry, boosting the likes of Cartier-owner Cie Financiere Richemont SA.

The new U.S. luxury buyer is younger and interested in what Jefferies dubs “Medal” — music, experience, digital, art and luxury.

The biggest corporate winner is LVMH Moet Hennessy Louis Vuitton SE, with brands including Louis Vuitton, whose menswear was led by the late designer Virgil Abloh, and Tiffany, whose recent advertising campaign was fronted by Jay-Z and Beyonce.

He described both the performance in the U.S. in general, and Tiffany in particular, as “remarkable.”

Kering SA’s Gucci and Balenciaga, which have yet to report, should also have benefited from the rise of wealthy young buyers in the U.S. The same goes for Moncler SpA. Even Britain’s Burberry Group Plc has seen young men showing more interest in its check and branded sneakers.

But it’s not just American shoppers who are changing. In the past, U.S. luxury was highly concentrated in the retail bastions of New York, Los Angeles and Chicago, and the sector was very dependent on department stores.

The environment looks different today. With the growth of Big Tech, and more affluent Americans relocating to other cities, many more regions are thriving.

Prada SpA, for example, already has stores in Dallas and Houston, but it is planning outlets in Austin, Atlanta, Seattle and the Baltimore-Washington, D.C. metropolitan areas. Britain’s Watches of Switzerland Group Plc is opening stores in locations including Cincinnati, Minneapolis and Plano, Texas.

And with department stores struggling, fashion houses are opening their own shops. For mall owners, there’s an opportunity to create luxury and entertainment centers. Such a strategy is working for the American Dream mall in New Jersey.

Even so, the U.S. may be hard-pressed to repeat its stellar 2021. The second half of this year will be compared with the period when Americans were spending big. Analysts at HSBC expect U.S. sales growth for 2022, excluding currency movements, to be 16% — still the best in the world, but well behind last year’s 65% expansion.

The greater danger is that the current gyrations in the stock market and crypto turn into an extended rout. In the worst-case scenario, luxury companies advancing across America could be saddled with underperforming stores. That would echo their experience seven years ago in China, where, after opening hundreds of shops, brands including Prada and Hugo Boss AG had to retrench.

LVMH is the most exposed, with 26% of its sales coming from the U.S. in 2021. But it should also be fairly well insulated. The biggest companies — LVMH, Hermes International, Kering and Richemont — have the resources to keep their brands at the forefront of consumers’ minds, as well as the clout to raise prices to counter escalating costs.

In the watch market, waiting lists for the most in-demand names, such as Rolex, can probably sustain them for the next few years.

Tiffany Not So Blue

Most vulnerable are the more affordable luxury names, such as Tapestry Inc.’s Coach and Capri Holdings Ltd.’s Michael Kors, or those that are still working on amplifying their brands, such as Burberry, Prada and Ralph Lauren Corp in the U.S. Amid rampant inflation, higher borrowing costs and no more stimulus checks, many consumers who moved upmarket over the past two years may be forced to cut back or choose second-hand goods via The RealReal Inc. instead.

But if crumbling stock and crypto values take a toll on the biggest spenders, then not even the bling behemoths will escape unscathed.

Bitcoin price falls sharply amid Wall Street selloff, with value cut in half since November