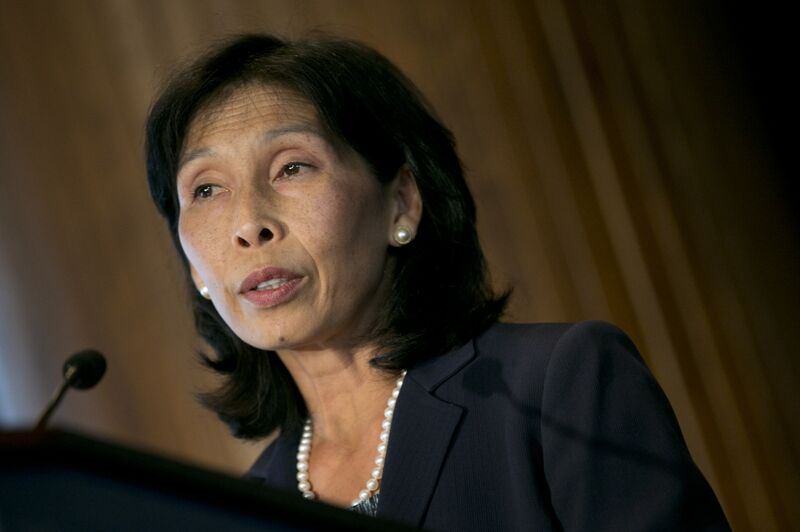 Treasury Undersecretary for Domestic Finance Nellie Liang is set to underscore the need to oversee stablecoin issuers, regulate all crypto intermediaries and address potential risks posed by increased leverage against digital assets when she appears before U.S. lawmakers Tuesday.

Liang will be the sole witness at the House Financial Services Committee’s hearing, which will focus primarily on stablecoins and the report issued about them last year by the President’s Working Group on Financial Markets.

Stablecoins are digital assets issued by private companies that are typically pegged to the U.S. dollar and other fiat currencies to avoid wild price swings.

The undersecretary also intends to bring up other key policy issues, according to her written testimony released by the panel Monday. In those comments, she says that more must be done to regulate crypto intermediaries, including traditional banks and investment companies but also “digital-native intermediaries” such as stablecoin issuers and crypto exchanges.

“For both traditional and digital-native intermediaries, it is critical to ensure that regulatory frameworks are in place that appropriately address risks to businesses, consumers, and investors, as well as the broader financial system,” Liang says.

She also says the administration is looking into the systemic risks that might be posed by “the build-up of leverage” against digital assets.

“As we saw in the 2007-2008 financial crisis (and most that preceded it), leverage can play a key role in catalyzing and accelerating financial instability,” she states.

Liang will reiterate the concerns raised in the stablecoin report, including the risk that a loss of confidence in a stablecoin may cause a run on the issuer, setting off a wave of redemptions that could lead to distressed sales of the underlying reserve assets.

She says it’s imperative that Congress act to create a better regulatory framework for policing stablecoins. “While Treasury and the PWG fully support efforts by state and federal agencies to use existing authorities in support of their statutory mandates, we do not believe existing authorities provide a sufficient basis for comprehensive and consistent oversight of stablecoins.”

The “exponential growth” of stablecoins “increases the urgency of ensuring that an appropriate regulatory framework is in place,” she adds, noting that the market value of the segment has grown to about $175 billion from roughly $5 billion at the start of 2020.

Ukraine’s Blockchain Strategy Changed To Focus On The War

Crypto was supposed to be Ukraine’s launchpad into the future. Instead it is proving to…

Tencent files for patent related to virtual concerts in Metaverse

Could Ethereum Help You Retire Early?