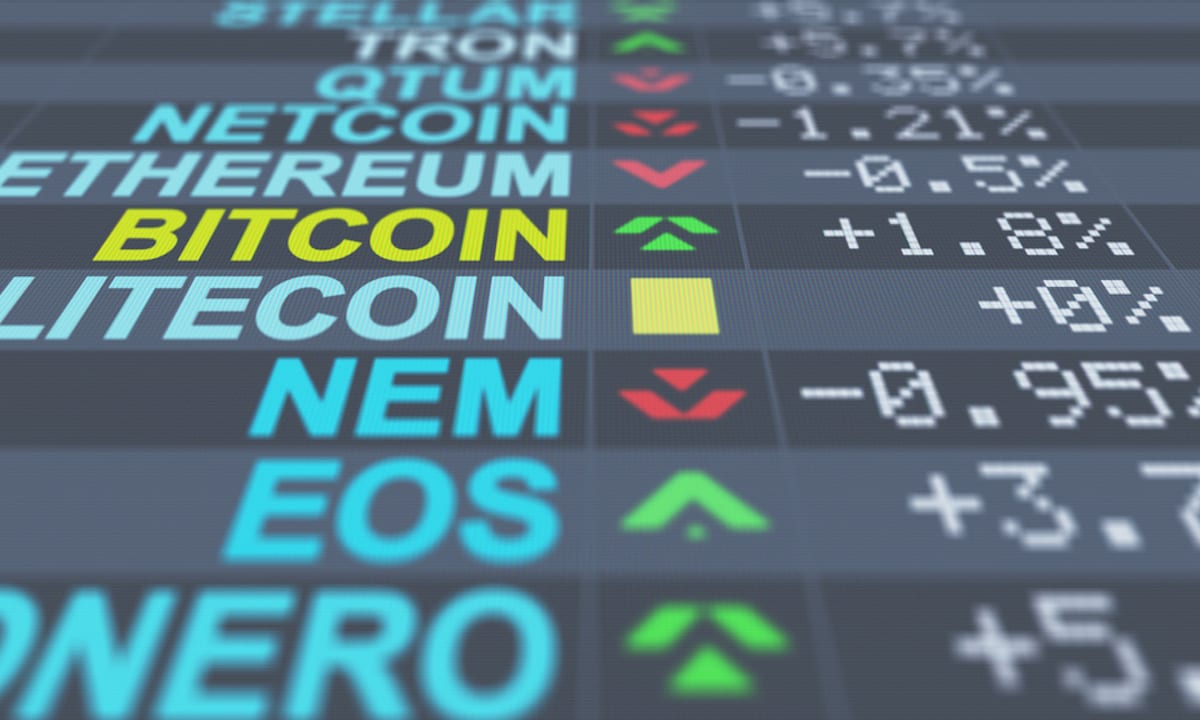 The crypto market’s poor run in 2022 continued this morning with Bitcoin leading a roughly 10% market downturn as concerns over military tensions between Russia and Ukraine rose once more.

The world’s largest cryptocurrency lost almost 8% coming into business hours Friday Asia time to trade at US$40,643, while Ethereum fared even worse and was trading at US$2,889 at press time, according to CoinMarketCap.

Decentralized finance (DeFi) darling Terra was among the biggest losers, trading down as much as 12% in 24 hours before recovering slightly to trade at US$51.06 at press time.

Rising military tensions between Russia and Ukraine have continued to drive uncertainty across markets as the U.S. warns Russia may conduct a false flag operation as a pretext for invasion after appearing to draw back from the conflict earlier in the week.

“Tensions between Russia and Ukraine seem to have spooked clients and caused stress for some investors to sell risky assets,” said George Liu, head of derivatives trading at crypto-financial provider Babel Finance, who told Forkast that investors broadly sold off risky assets for safer ones like bonds.

“[Babel is] closely monitoring the market as the geopolitical tensions could be the key swinging factor on market confidence in the coming weeks.”

Ongoing concerns about interest rate increases in the U.S. have also had a chilling effect on crypto and traditional markets as investors await the result of a March meeting of the U.S. Federal Reserve when the extent of interest rate rises will be discussed.

A rise in interest rates typically leads to investors behaving more conservatively as competition for cash heats up.

These factors have consistently impacted crypto this year as it has struggled to maintain a market cap above US$2 trillion. Its current level of US$1.8 trillion is roughly 40% below its all-time high it reached in November.

Tech stocks also felt the sting, with Nasdaq’s Tech sector index closing down 4.2% leading into Asian business hours. As the crypto market continues to grow in size its movements have become increasingly correlated to traditional market performance, prompting some to suggest that Bitcoin has become “little more than another tech stock.”

Bitcoin has outperformed the top six tech stocks by an average of 6.4% over the past 30 days, however, and outperformed Meta (formerly Facebook) by 56.17% after a recent company report sent its share price plunging.

Another industry watcher told Forkast the severity of the drop will be felt differently by short-term traders, compared to longer-term ones as, historically, Bitcoin maintaining above US$40,000 is not a bad place to be.

“We will feel more pain in the weeks to come,” said Justin d’Anethan, institutional sales director at Amber Group, in a written statement to Forkast. “A lot of people felt that the rebound meant that we were out of the woods. It seems that markets, the world and central banks still have plenty to announce, deal with and scare us with.”

D’Anthean said this is a good opportunity for new and eager investors to enter the space while prices are so low, or for longer-term ones to to take advantage of prices at roughly 50% of the all-time highs.

Elon Musk Says Bitcoin Was Comically Slow In 2021 Over Dogecoin