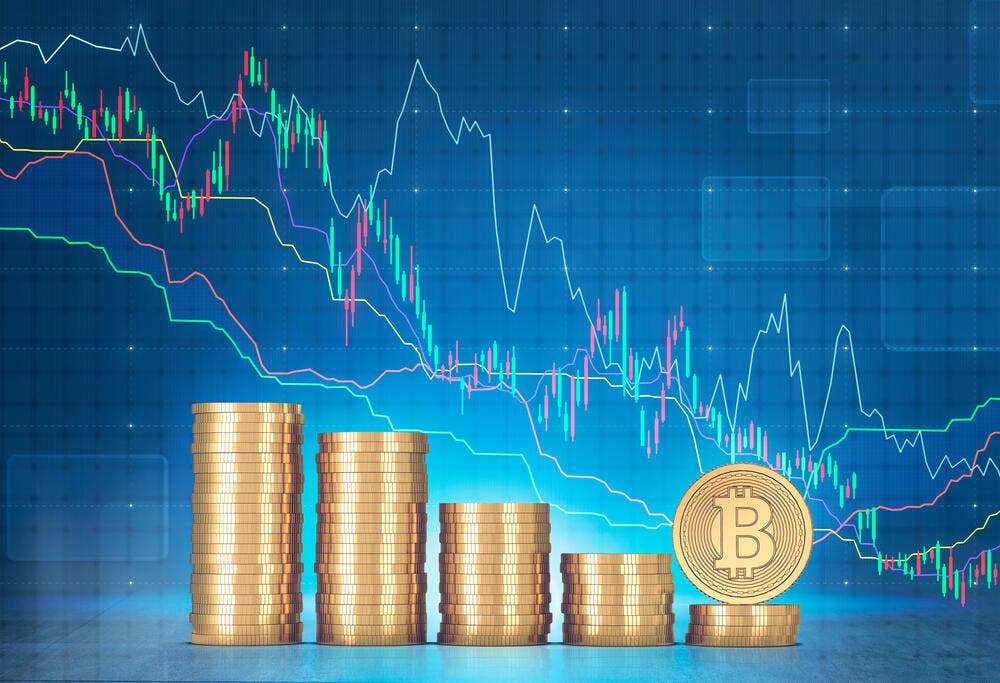 Around £500bn has been wiped off the value of cryptocurrencies in the past month as investors have dumped digital assets.

Other popular cryptocurrencies have also crashed in value include Ethereum, which has fallen 47pc, and Solana, which has dropped 57pc, according to Coinbase, the brokerage.

Cryptocurrencies – which proponents say act as a “digital gold” due to their limited supply – have fallen in tandem with highly-valued technology stocks as investors weighed up the prospects of higher interest rates.

This suggests their “safe haven” status is at risk because prices are correlated to the stock market, according to analysts.

“Bitcoin has been around for long enough that it won’t go to zero, but we could enter a period where it becomes significantly cheaper.

“As economies open up and governments withdraw stimulus, people could begin to cash in their coins and also panic sell as they see the price drop. It is also clear that cryptocurrency valuations are increasingly linked to technology stock valuations, so the fall in stock markets may also trigger a fall in the crypto market,” he said.

Susannah Streeter, of stockbroker Hargreaves Lansdown, added: “The rollercoaster ride is set to continue given that crypto assets are also highly sensitive to the fortunes of the stock market and were propelled higher in an era of ultra cheap money.

“As speculation swirls about how rapidly central banks will tighten mass bond buying programmes and start raising interest rates, given soaring inflation, they are likely to stay volatile.”

The problems for digital tokens have been compounded by government action. Russia proposed a blanket ban on Bitcoin amid concerns that cryptocurrency mining is threatening the country’s energy supply. It also said cryptocurrencies had all the hallmarks of a pyramid scheme and undermined the sovereignty of monetary policy.

Digital coins also face a regulatory crackdown in Britain. The City watchdog, the Financial Conduct Authority, said it wants to ban inducements such as “refer a friend” bonuses and “new joiner” free credit offers on adverts for risky ventures. These include investing in peer-to-peer loans, crowdfunding and cryptocurrencies such as Bitcoin.

Adverts will also have to include more explicit risk warnings to potential investors, under FCA rules to be introduced this summer, and those wishing to find out more about higher-risk schemes will be required to fill in questionnaires which will determine whether it is appropriate for them to become involved.

Central banks have also raised concerns about Bitcoin over its potential impact on financial stability and their ability to manage inflation and the economy if its use becomes widespread.

However, some analysts are still optimistic. Marcus Sotiriou, of GlobalBlock, a digital assets exchange, said El Salvador’s move to purchase another 410 Bitcoin last week for $15m was a positive sign for prices.

“El Salvador’s impressive adoption rate will help entice other countries to follow them in making Bitcoin legal tender this year, despite the volatile price action we are currently experiencing,” he said.

Temple Melville, of the Scotcoin Project, a digital currency group, said it was normal for cryptocurrencies to fall suddenly in value and investors should take a long term view.

“Many people see crypto as a get-rich-quick scheme – and for a lucky few that has happened – but the important thing for the vast majority of people is to focus on time, just like any other investment. Investing in crypto five years ago has likely seen you do very well, whereas investing five months ago may have had the opposite effect,” he said.

Read full story on The Telegraph

Decoding MetaFi: The Next Frontier In Blockchain’s Evolution

From metaverse to DAOs, a guide to 2021’s tech buzzwords