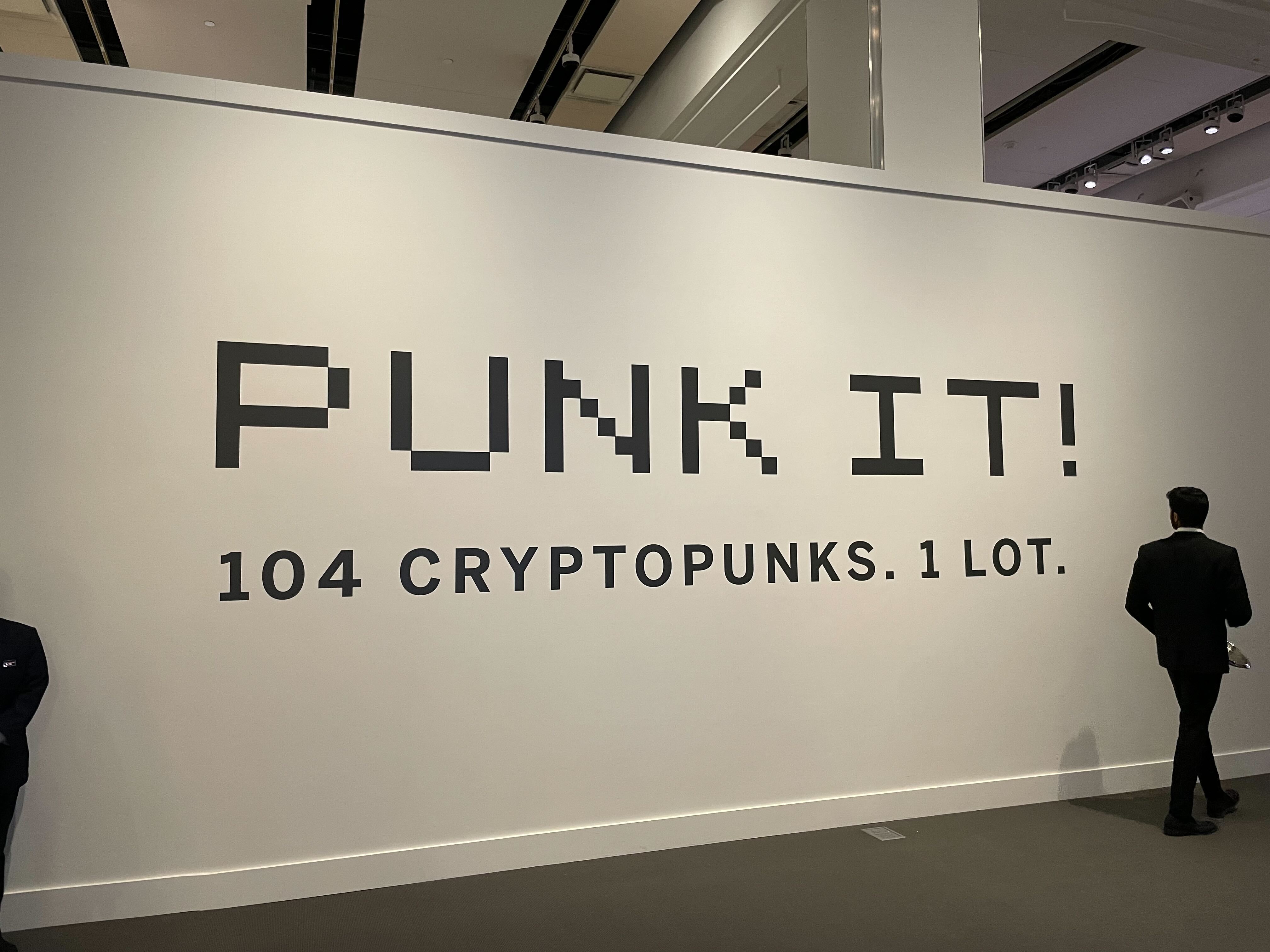 A Sotheby’s auction of 104 CryptoPunks Ethereum NFTs scheduled for today was canceled after the seller decided to hold on to the digital assets instead.

“nvm, decided to hodl,” tweeted pseudonymous collector 0x650d on Wednesday evening. The tweet came just over two weeks after the famous auction house announced the sale, which it estimated would bring in $20 million to $30 million.

The collector then posted a meme implying that they were “taking punks mainstream by rugging Sothebys.” Rugging refers to a rug pull, a scam in which a developer leaves the project with investor’s funds. While no funds were lost, the owner did pull the proverbial rug out from under bidder’s feet.

The “Punk It!” sale, which Sotheby’s had been marketing as recently as today, was billed as “the first dedicated live evening auction for NFTs.

While this would have been the first auction dedicated to NFTs, Sotheby’s has sold the digital artworks in the past alongside other items.

It sold a reported $100 million in NFTs in 2021, with a September sale of 101 Bored Ape Yacht Club NFTs representing roughly a quarter of that total—above Sotheby’s estimate of $15-18 million. Today’s auction, then, could have been one of the largest NFT sales ever.

The withdrawal of the collection highlights the iconoclastic aspirations of the Web3 world as it collides with traditional institutions. Robert Leshner, creator of DeFi protocol Compound, wrote that it was a “sad day for digital art collectors.”

Later on Wednesday, a tweet by the pseudonymous collector suggested they may have pulled out because of the auction house’s commission fees.

Still, RugRadio founder Farokh called out the aborted seller: “Bro you suck stop acting like you rugged Sotheby’s lmao you made everyone look stupid. Even the press here is laughing at us because of you stop hiding the guilt behind dumb ass memes.”

MicroStrategy Inc. posted a fourth-quarter loss after taking a $146.6 million impairment charge to write down…

Turks flock to cryptocurrencies in search of stability