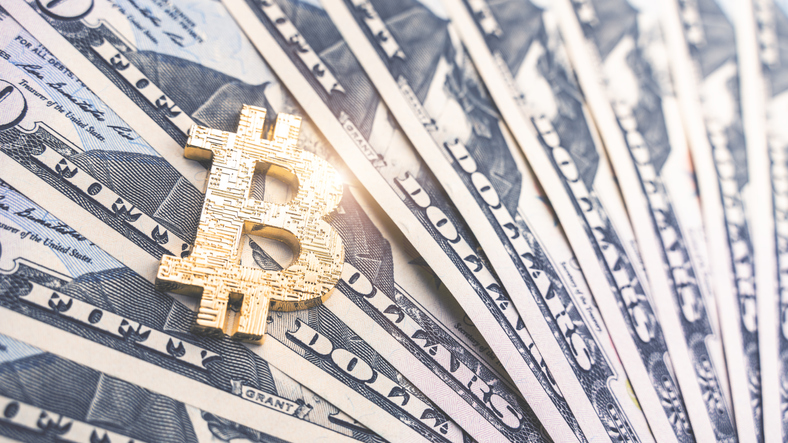 The cryptocurrency market, which boomed at the beginning of the pandemic, has fallen precipitously from its all-time high. Since November 2021, a sell-off of the emerging asset class has halved its global market value from $3 trillion to $1.5 trillion as of Jan. 24.

While crypto has been an exceptionally volatile asset class, its fortunes have largely escaped the influence of traditional market forces. Over the last five years, its massive price gains appear to be driven by a heady mix of speculation, network effects, and hype.

So what’s causing the latest downturn? The sell-off may have far more to do with traditional economic factors than what has historically moved crypto prices, according to financial experts.

A combination of high inflation, planned interest rate hikes, and a sell-off in the traditional stock market seems to be behind the recent declines. That undercuts one of cryptocurrency advocates’ central arguments: it acts as a hedge against inflation and central bank policies of fiat currencies like the US dollar.

Why is the crypto market down?

“People used to think that cryptocurrencies will not move with traditional financial market fluctuations,” says Itay Goldstein, a professor of finance and economics at the University of Pennsylvania’s Wharton Business School. “Recent trends are showing that they are strongly intertwined.”

The ongoing crypto sell-off appears very much related to high rates of inflation. US inflation hit 7% in December 2021, the highest annual rate since 1982. Unlike during the 1970s stagflation crisis, the US is not seeing stagnant economic growth—demand is reaching record highs, but global supply chains simply cannot keep up.

The uncertainty around this inflationary period—and what the Fed will do—has been reflected in the traditional financial markets. The S&P 500 and the Nasdaq 100 fell 10% and 16%, respectively, from their 52-week highs in December 2021.

“The crypto sell-off is now part of broader sell-offs of risky assets that can be attributed to the Fed’s new signals of starting to increase rates to fight inflation,” Goldstein said. “Those assets benefited from the low-rate environment, and are now seeing the other side of it.”

Will crypto now rise and fall with the market?

Crypto’s invulnerability to inflation has been one of its primary appeals, marketed as a safe haven from inflation in central bank currencies. A report from JPMorgan Chase last October said institutional investors are putting cash into Bitcoin as a “better inflation hedge than gold.”

The rationale, as a blog post from the crypto exchange Coinbase explains, is that the supply of many cryptocurrencies is fixed. In the case of Bitcoin, there are only 21 million tokens in circulation. Every four years, the amount of Bitcoin that is mined is reduced by half.

Therefore, the coin’s scarcity should influence the coins’ value more than traditional economic factors (and insulate it from inflationary pressure from more supply).

Gold is a classic example of a hedge against inflation. Although its value as a hedge is hotly debated, gold and other natural resources have physical scarcity; only so much can be mined at any given time.

But the billing of crypto as “digital gold” is misleading, argues Eshwar Venugopal, a finance professor at the University of Central Florida, because most investors don’t treat it that way. “Many current investors see it as a risky investment,” he says, “and pull money out when there is a fall in broader prices.”

What’s more likely is that the value of cryptocurrencies is tied to the business use cases (like Bitcoin for payments), network effects (like more developers using Ethereum), and old-fashioned hype.

And as more institutional investors have bought in, crypto markets have become more correlated with traditional financial markets, says Venugopal.

This institutional interest, while fueling crypto prices’ stratospheric ascent, also tethers them to traditional assets and increases volatility. Venugopal points to 2019 as the year that large financial institutions started “accumulating crypto reserves,” albeit more as a high-risk investment than a hedge.

A Fidelity Investments survey from September 2021 found that 52% of institutional investors held Bitcoin or other cryptocurrencies.

And when investors sell, they don’t just sell in one asset class. Retail investors and institutional investors might sell assets to cover for losses in other ones. If crypto was once a hedge from inflation and traditional market forces, that era may be long gone.

“There was a time when you could think about Bitcoin as a way to diversify from the market” but that’s no longer the case, said Ozair. “When people panic, they panic cross-border.”

All About the Bitcoin Cash Hard Fork