DOJ Is Amping Up Its Crypto Scrutiny, Naming Head of New Enforcement Team 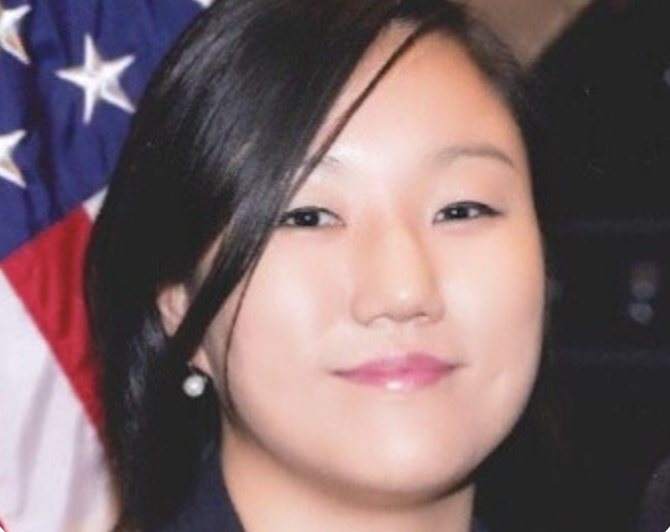 The Justice Department named a veteran cybersecurity prosecutor to lead a new team dedicated to investigating and prosecuting illicit cryptocurrency schemes carried out by cyber criminals and nation states including North Korea and Iran.

Eun Young Choi will be the first director of the National Cryptocurrency Enforcement Team, which will serve as the focal point for efforts to identify and dismantle the misuse of cryptocurrencies and other digital assets, Deputy Attorney General Lisa Monaco announced Thursday.

“If we’re going to see — as I think we will — cryptocurrency gaining more traction and gaining wider adoption, we’ve got to make sure that the ecosystem that they operate in can be trusted and, frankly, can be policed,” Monaco said in an interview. “We’re going to make it our business to go after them and get those proceeds back and make it clear to them that they can’t hide.”

The $2 trillion market for cryptocurrencies has boomed as companies and investors look to reap higher returns and get a foothold in a technology seen as still in its early days.

Prosecutors and regulators are rushing to determine how to police that space — as well as the market for other digital assets such as nonfungible tokens — which has become a new frontier for criminals and rogue nations to steal and launder billions of dollars through anonymous avenues like blockchain transactions, encryption and digital wallets.

Illicit transactions jumped almost 80% to $14 billion, an all-time high, in 2021, according to blockchain analytics firm Chainalysis. Still, crime made up a much smaller share of total crypto transaction volume, which increased drastically last year, the firm said.

One of the main focuses for the new team will be rooting out illegal activity on virtual currency exchanges as well as cryptocurrency tumbler, or mixing, services, which are used to obscure tainted funds, Choi said in an interview.

Known among her colleagues as “EYC,” Choi most recently served as senior counsel to Monaco on cybersecurity matters. The crypto team is housed within the department’s criminal division and has more than a dozen experienced prosecutors with plans to hire more personnel.

“We’re trying to centralize so that we’re a one-stop shop of all the subject matter experts within the department,” Choi, 41, said.

When the creation of the crypto team was announced in October, Monaco said a key focus would be bringing cases against cryptocurrency exchanges and other entities that are found to be violating the law and assisting in the movement of illicit financing. The team would add support to current probes while pursuing new ones.

Although Choi didn’t single out any exchanges by name, Bloomberg News previously reported that the Justice Department and the Internal Revenue Service are investigating whether Binance Holdings Ltd., the world’s biggest crypto trading platform, is a conduit for money laundering and tax evasion.

Choi said her crypto team is reaching out to crypto companies that have robust anti-laundering policies and strong compliance programs, as well as blockchain analytics firms.

“The information they hold is crucial to rooting out the abuse of cryptocurrencies because they’re the ones who can see in their own systems suspicious activities that may be happening,” she said.

In a sign of the scale of the challenge U.S. law enforcement faces, the Justice Department this month seized Bitcoin valued at about $3.6 billion that was stolen during a 2016 hack, the largest financial seizure ever.

In addition, the U.S. Marshals Service — which is the primary custodian of seized assets for the department — was in possession of $919 million in 22 different cryptocurrencies at the end of 2021.

In one of her first major cases, she led the successful prosecution of the 2014 hack against JPMorgan Chase & Co., which saw hundreds of millions of dollars stolen by hackers and conspirators in more than a dozen countries. She then argued the appeal in the case against Ross Ulbricht, the founder and chief administrator of the now-shuttered Silk Road underground virtual drug bazaar.

The Federal Bureau of Investigation also plans to announce on Thursday the creation of a new virtual asset exploitation unit.

“It is going to be important for us to have a united front in trying to determine what tools and authorities we’re all bringing to this approach on digital assets,” Choi said.

There’s some tension, however, between private companies dealing with crypto and what the department is doing.

Companies are concerned that Justice and regulatory agencies will take a heavy handed approach toward enforcement actions, according to a former federal prosecutor who asked to remain anonymous speaking about relations between private companies and the department.

U.S. agencies struggled for years to get companies to disclose hacking attacks and cyber vulnerabilities. Those private-sector victims feared such reporting would put them in the crosshairs of prosecutors or that there might be some regulatory blowback. But U.S. officials have expressed hope that they’ve turned a corner in recent years, especially with successful efforts to help companies recover stolen funds.

In addition to this month’s Bitcoin seizure in the Bitfinex hacking case, last year the U.S. recovered almost all the Bitcoin ransom paid to the perpetrators of a cyber attack on Colonial Pipeline Co. that sparked a fuel shortage along the U.S. east coast.

— With assistance by Allyson Versprille, and Tom Schoenberg. Read full story on Bloomberg