Down 60% From Its IPO Price, Is Robinhood Stock A Steal? 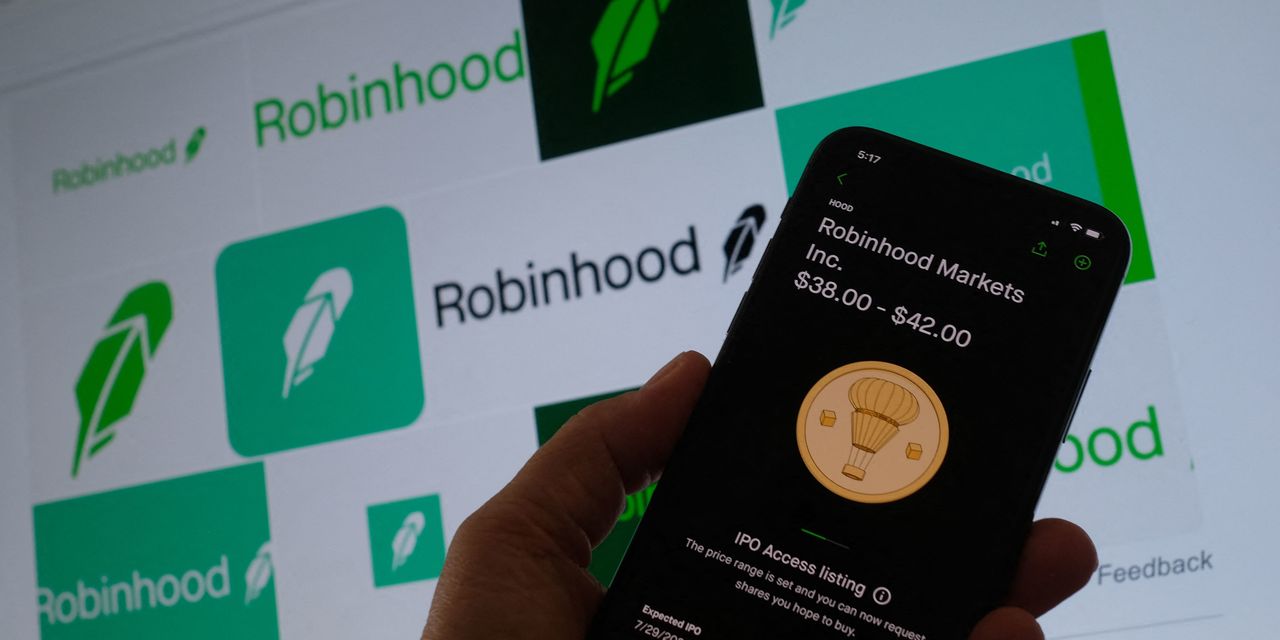 Robinhood Markets stock has declined by almost 23% thus far in 2022, considerably underperforming the S&P 500 which remains up by about 6% over the same period.

The stock now trades at almost 60% below its July 2021 IPO price. There are multiple trends impacting Robinhood.

Firstly, with interest rate hikes and tighter monetary policy expected this year, the boom in so-called “meme” stocks and speculative cryptocurrencies is cooling off, hurting trading activity and user metrics.

This was evident in Robinhood’s weaker than expected Q4 2021 results, as monthly active users dropped about 8% sequentially with annualized per user revenues dipping by almost 39%.

Separately, investors have also been concerned about regulatory scrutiny surrounding Robinhood’s payment for order flow revenue model as transaction revenues accounted for about 73% of Robinhood’s revenue in Q4 2021.

While these companies are more established and could be in a better position to navigate a market downturn, Robinhood, too, has proven to be agile and innovative and has a good understanding of young retail investors and this should help it adapt even as the market cycle eventually turns, or if it faces setbacks to its revenue model.

The company has also built a sizable customer base, with about 23 million funded accounts, and this could allow it to cross-sell other financial products and services. Some products we could see from the company in the near term include tax-advantaged retirement accounts, fully paid securities lending, and a crypto wallet. We value the stock at about $20 per share, which is about 40% ahead of the current market price.

Retail traders, who powered Robinhood’s growth, are likely to be less interested in stock trading, as they headed back to the office and seek entertainment outdoors, following the Covid-19 lockdowns.

For perspective, Robinhood’s app downloads, which can be viewed as a rough estimate of new account openings, declined 78% over Q3 2021, versus Q2, per data from Apptopia.

Other brokerages and crypto trading platforms have seen much smaller declines, in comparison.

There also appears to be some regulatory concerns for Robinhood. The company’s core equity and options business is facing some scrutiny from the SEC over its revenue model which entails selling the order flow of its customers to market makers.

Robinhood stock has a relatively limited float currently and could be seeing some pressure in anticipation of lockup expiries and plans of large shareholders to liquidate their shares.

For example, in early August the company said in an SEC filing that some existing investors who bought into the company via private placement plan to sell close to 97.9 million shares over time.

People really are giving NFTs as gifts. Results may vary