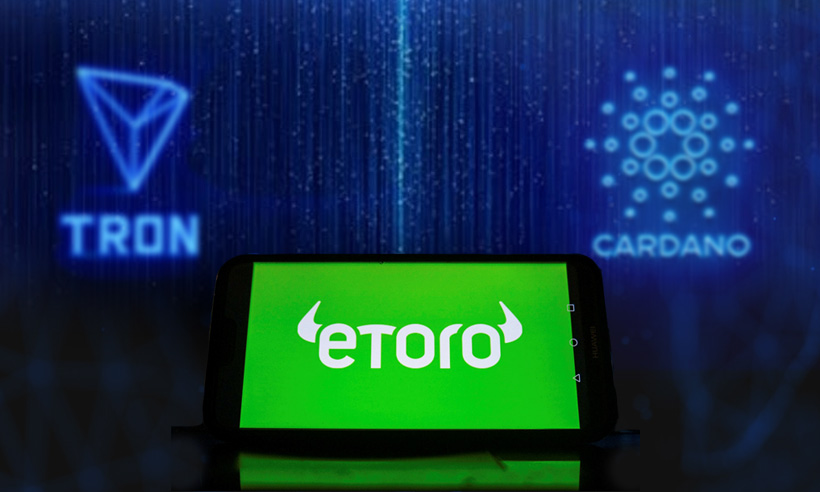 eToro has surprised crypto investors by announcing it will delist Cardano’s ADA token and the TRON Foundation’s Tron token for US customers from December 26.

The Israeli exchange cited regulatory concerns as the reason for its decision to delist the two cryptocurrencies. From Boxing Day, US-based users will no longer be able to buy ada or tron, while staking for those assets will end on December 31.

“The regulatory landscape for crypto is evolving rapidly,” an eToro spokesperson told Insider. “As a result, we will be limiting the ability for US users to open new positions in, or earn staking rewards for, ADA and TRX.”

Cardano, which was founded in 2015 by Ethereum co-founder Charles Hoskinson, has surged this year but struggled in recent months. Ada rocketed from 18 cents at the start of 2021 to an all-time high of $3.10 in early September, but has since collapsed to $1.70. It is still the sixth-largest cryptocurrency by market capitalization, according to the data provider CoinMarketCap.

“Above all, we are disappointed to take this step,” an eToro representative said. “eToro will continue to be active supporters of the crypto ecosystem.”

The news came as a surprise to the crypto community, particularly after Luxembourg exchange BitStamp announced it would list cardano last week. Hoskinson downplayed concerns.

“We didn’t even get delisted,” he tweeted, in response to a comment about the BitStamp listing. “ADA is still on eToro and non-US customers can freely trade.”

eToro also announced it will delist Tron, the native token for Chinese-American entrepreneur Justin Sun’s TRON Foundation. Tron’s price has risen from 3 cents to 10 cents this year, and it is currently the 30th-largest cryptocurrency by market value on CoinMarketCap.

Altcoins Cardano Cryptocurrencies
Previous Article18 IPOs expecting ever 50% growth 2021
Next Article Ethereum is poised to be the next Bitcoin. Here’s why

Kazakhstan’s Bitcoin-mining boom ended even quicker than it started. A squeeze in the central Asian nation’s…

Five Things To Consider Before Buying Your First Cryptocurrency

NFTs may look like they’re everywhere, but they only make up 1% of the whole crypto market