Experts Predict How High Ethereum’s Price Could Go in 2022, a ‘Make-or-Break Year’ 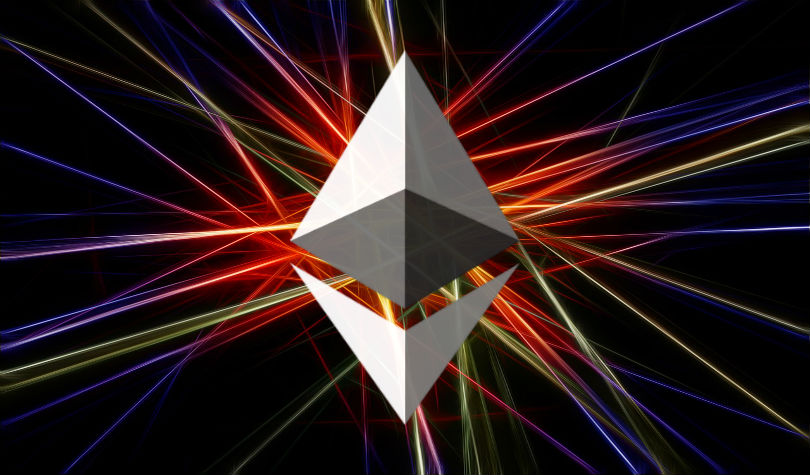 Ethereum is the most well-known altcoin, and it’s much more than just another cryptocurrency for many investors and enthusiasts alike. And experts say it could grow in value by as much as 400% in 2022.

Ethereum’s native token, Ether (ETH), has grown immensely in value since its creation. Launched in 2015 by computer programmer Vitalik Buterin, Ether has increased in price from $0.311 at its 2015 launch to around $4,800 at its highest late last year — with plenty of volatility along the way.

While Ether has recently dropped back down to as low as $2,200, that still represents a lifetime return on investment (ROI) of about 707,296% at the time of writing. A differentiating feature for Ethereum — unlike Bitcoin and other cryptocurrencies — is its utility as a software network that allows developers to build and power new tools, apps, and NFTs.

The blockchain-based software network has many uses and applications across the tech world, especially for gaming, music, entertainment, and decentralized finance (DeFi) — making it one of the most popular and widely-used cryptos this past year.

At an annualized rate, Ether’s ROI is nearly 300%. That means early investors have nearly quadrupled their investment every year since the summer of 2014. Crypto prices are notoriously volatile, however, so financial experts say to only invest what you can afford to lose, and never at the expense of foundational goals like emergency savings and high-interest debt payoff.

So how high do experts expect Ether’s price to climb? Here’s a look at the factors contributing to Ethereum’s volatile, yet upward-climbing, price projections, and what experts predict for this year.

We asked three experts how high they see Ethereum going this year, and each qualified their predictions by saying it is nearly impossible to predict the future price of Ethereum. And other experts have said ETH’s price will be even more volatile than Bitcoin in the coming months, mainly because Ethereum is transitioning its technology to a less energy intensive version that insiders colloquially refer to as “Ethereum 2.0.”

Ethereum’s upgrades could make it more appealing and sustainable for widespread use, but until that happens, experts are waiting to see how investors and companies building their tech on Ethereum’s platform respond to the changes.

Given these factors, here are some predictions for what to expect with Ethereum’s price this year:

Despite the challenge of predicting the price of a volatile cryptocurrency, the experts we spoke with generally agree ETH could once again break $4,000 in 2022. And a recent Ethereum prediction by Bloomberg intelligence analyst Mike McGlone has it ending the year between $4,000-$4,500.

But how high might it go from there? That will depend on several factors (more on that below) that could contribute to its long-term value.

The crypto news outlet Coinpedia predicted ETH could end 2022 between $6,500 and $7,500 if the same bullish upswing that started in mid 2021 were to continue. However, 2022 brought a bearish downturn in the crypto market, making it clear that Ethereum’s price is not going to rise from sentiment alone.

The blockchain now has considerable competition from similar platforms that are filling in its gaps while the Ethereum team works to transition to its second-generation updates.

“Ethereum was the only show in town,” said Henri Arslanian, global crypto leader of the professional services firm PwC in a January 12 episode of CoinDesk’s First Mover. But for Ether’s price to continue rising, investors will need to see improved demand and functionality.

“I believe Ethereum can go to $8,000,” Ian Balina, investor and founder of crypto research and media company Token Metrics, told NextAdvisor. “Ethereum is the clear leader but other blockchains are onboarding new users at a faster pace due to Ethereum’s high gas fees and low transaction speed.”

Coinpedia predicts an even higher price of $12,962.33 in 2022 if Ethereum’s upcoming transition to Ethereum 2.0 is successful. The new upgrades could potentially make Ethereum more affordable for users to mint and develop products, as right now the service fees to use Ethereum are notoriously high.

Ethereum earned its reputation as the first blockchain to use smart contracts, which are basically coded instructions on the blockchain that execute financial transactions through algorithms.

Now new Ethereum alternatives with similar capabilities are hitting the market and changing the demand for ETH in both favorable and unfavorable ways. Here are a few variables that impact Ethereum’s price.

Smart contracts made it possible for artists and creators to mint (make) and sell the digital artwork now known as non-fungible tokens (NFTs). That was both a blessing and a curse for Ethereum, as the blockchain’s popularity led to what some call a “bottleneck” on the blockchain. Think of the mall parking lot on Black Friday — only digitally.

Now, with so many users, it’s become increasingly expensive to transact on Ethereum. The Ethereum team in response has developed new upgrades to its infrastructure, but it’s taken a few years to develop the technology.

In the meantime, a number of new companies have created add-on solutions (known as “Layer 2s”) that operate on the existing Ethereum blockchain. Additionally, entirely new blockchain networks, (known as “Layer 1s”) have also been released as and marketed as potential Ethereum alternatives, driving traffic away from the Ethereum blockchain and adding new competition — which can both increase or dampen any product’s popularity in the market.

For investors, more people using the Ethereum network means more support for the value of your investment, so competitors pulling users away could hinder Ethereum’s value over time.

Despite the new competition, experts often suggest Ethereum’s “first mover advantage” has positioned it for long-term success, even though newer and more environmentally-friendly technologies have been developed. However, because cryptocurrencies are only valuable due to community buy-in, the commitment of users is more important than being first.

Thankfully, Ethereum has both: “I think the first mover advantage is real,” says John Zannos, a partner at Inflection VC, an early-stage venture firm investing in the open economy and blockchain companies. “But what’s more important to me is the health and the size of the community, and how many developers are coming into that community, because that’s what’s going to drive innovation.”

New blockchains like Solana, Polygon, and Cardano also provide similar functionality to Ethereum and have their own native cryptocurrencies. Still, experts say Ethereum is well positioned to grow with its users and meet evolving demand in the future.

“Ethereum could rapidly expand capacity if it wanted to,” says Raza Khan, an investor in the fintech industry and founder of the blockchain platform, Be. And for now, it seems the Ethereum community is OK with waiting to see if it does.

If “cryptocurrency” and “NFT” became household terms in 2021, “Web3” could make a run of it for 2022. Web3 refers to an open-access version of the internet built on blockchain technology, where financial transactions are more transparent, individuals have more ownership over their data, and, through cryptocurrency, users own most of the infrastructure.

Companies like Ethereum and similar blockchains like Solana, Cardano, and Tezos are working to develop the infrastructure on which the future vision of Web3 can be built. Investors see these new developments as similar to the dot com boom when Google, Facebook, and Apple were first coming into public awareness.

“2022 will be the battle for Web 3 and the next evolution of the internet,” says Balina.

The Future of Ethereum

Despite Ethereum’s competition, and other factors contributing to its ongoing volatility, there’s a general sense of optimism that the original smart contract blockchain will make it through this era of trials.

“Ethereum has over 90% of the NFT market,” said Arslanian. “This is going to be a very important year for Ethereum, a kind of a make-or-break year.”

There is good reason to expect a quick rebound from the current slump Ethereum is experiencing, Zannos tells NextAdvisor. “What I think Ethereum has is that momentum of community that allows for a group of very smart people to create innovation and see new opportunities,” Zannos says. “At the core, my optimism is tied to just the versatility of what you can do with Ethereum.”

Read full story on Next Advisor

Altcoins Ethereum
Previous ArticleWhat does the crypto crash mean for salary adapters and companies with Bitcoin on the balance sheet?
Next Article What’s behind China’s cryptocurrency ban?