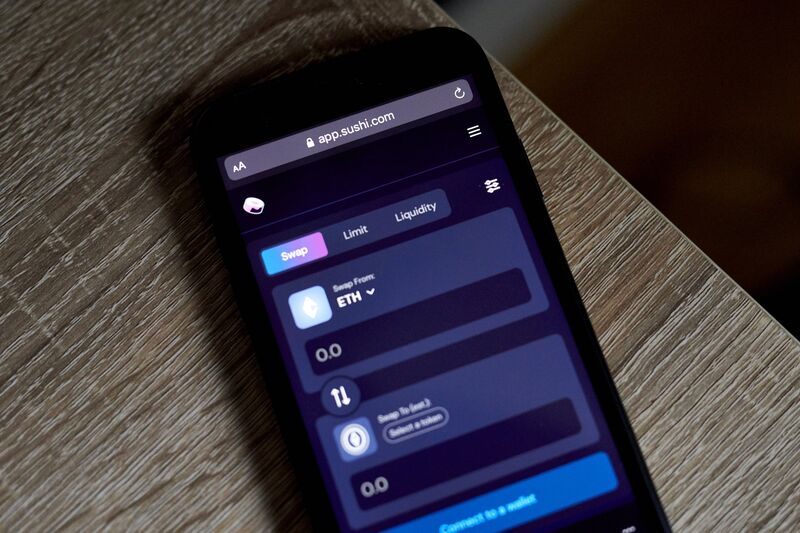 The beleaguered decentralized cryptocurrency exchange Sushi has become the target of a potential takeover attempt by several supposedly autonomous rivals.

In a proposal posted on Sushi’s forum Wednesday, DeFi bank Ondo Finance — headed by a former digital assets associate at Goldman Sachs Group Inc. — is proposing that a slew of DAOs, or decentralized autonomous organizations, band together to take over some parts of the governance of Sushi.

“There’s a first to everything,” Allman, who is 27, said in an interview. “They need some renewed leadership. A coalition of DAOs is a new way of trying to find that balance of community buy-in and the ability to move quickly.”

The proposal comes just days after another DAO coalition, Frog Nation, said it would “clean up and bring efficiency back into Sushi.” That group was headed by Daniele Sestagalli, one of the leaders of the Wonderland project, which was rocked by the recent discovery that one of its core team members was a felon.

Wonderland’s token tanked on the revelation. Following the upheaval, which included a contentious vote over the future of Wonderland, Frog appears to have abandoned its involvement with Sushi.

“We’ve had a number of conversations with Sushi holders, individuals and VCs, and many of them signaled very strong support” Allman said.

The Ondo group, called the Poke Bowl and also comprising Frax, Synapse, UMA and NEAR, wants to form a formal on-blockchain and legal offshore entity for the Sushi DAO. Allman is optimistic it may be able to raise $15 million in donations for Sushi’s development and to compensate its contributors.

Sushi is revamping its leadership and structure amid infighting among developers. Sushi was supposed to be “a community-built open-source ecosystem,” in which users could trade directly with each other, without intermediaries, and make operational decisions.

But it turned out to be largely controlled by a handful of mostly anonymous developers, who sometimes bypassed community votes.

The discord led to accusations of extravagant spending and self-enrichment without community approval or oversight, and the quiting of the exchange’s chief technology officer in December. Sushi is still trying to regain control of its Discord channel from the contributor who quit.

It’s been hard for DeFi projects to retain talent as their tokens, used to pay the developers, dropped in the past seven months.

“DeFi as a project is working as designed. But DAOs as a structure are not,” said Jeff Dorman, chief investment officer of Arca, which has invested in Sushi. “This is the state of DeFi right now, developers are often trying to burn the house down from the inside, but the houses are proving non-flammable.”

Sushi is the world’s eleventh-biggest decentralized exchange, with $115 million in volume in the last 24 hours, according to data tracker CoinMarketCap.

“Everything in this space is experimental,” Dorman said.

The landscape of South Korea’s game industry has been shaken up in the past year,…

Shiba Inu Senate candidate Shannon Bray: Crypto should be ‘part of our politics’

Crypto World Grapples With Challenge of How to Handle Sanctions