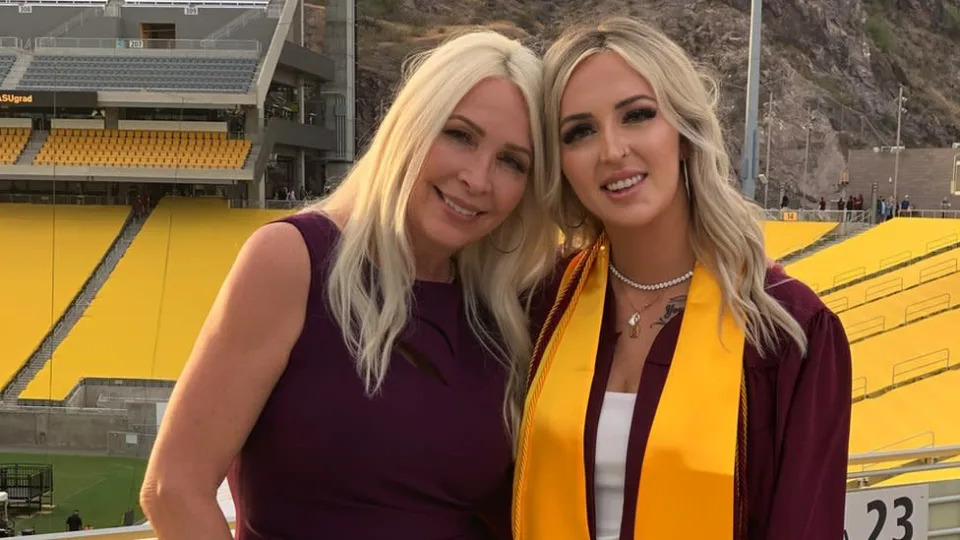 Rhonda Kampert was an early adopter. She bought six Bitcoins in 2013, when they cost about $80 each, and were the chatter of niche corners of the internet.

“I used to listen to a radio talk show and they started talking about crypto and Bitcoin so I got interested,” she says.

“Back then buying it was so complicated but I fumbled my way through the process and bought my coins.”

Rhonda, who lives in the US state of Illinois, spent some of her digital money over the next year or so, then forgot about it.

But when she saw headlines late in 2017 announcing that the value of Bitcoin had risen to nearly $20,000 she excitedly went to her computer to log in and cash out.

Except there was a problem. She was missing some of the login details for her Bitcoin wallet – a computer program or device that stores a set of secret numbers, or private keys.

“I realised then that my printout had missed some digits on the end of my wallet identifier. I had a piece of paper with my password but no idea what my wallet ID was,” Rhonda says.

“It was awful. I tried everything for months but it was hopeless. So I kind of gave up.”

Fast forward to last spring and the value of Bitcoin soared above $50,000 – more than 600 times what Rhonda had paid eight years earlier.

Filled with a renewed determination to find her coins, she hit the internet and came across father and son crypto treasure hunters Chris and Charlie Brooks.

“After talking to the guys online for a while I trusted them enough to hand over all the details I could remember. Then I waited,” she says.

“Eventually we sat down together on a video call and watched everything happen. Chris opened the wallet and there it was. I just felt so relieved!”

Rhonda’s wallet of three-and-a-half Bitcoin was at that point worth $175,000.

“I gave Chris and Charlie their 20%, then the first thing I did was take out $10,000 worth of my coins to help my daughter Megan through college.”

She says she’s keeping the rest locked away in a hardware wallet – a security device like a USB stick that stores her details offline. The login pin for her new hardware wallet is etched firmly in her memory.

Rhonda is hoping the coins, currently worth $43,000 each, will go up in value again. She describes them as her retirement fund for when she wants to quit her job as a day trader in stocks and crypto-currencies.

There are plenty of Rhondas out there who need help.

One estimate from crypto researchers Chainanalysis suggests that out of the 18.9 million Bitcoins in circulation, as many as 3.7 million have been lost by owners.

And in the decentralised world of crypto-currency no-one is in charge – so if you forget your wallet login details there aren’t many places you can turn to.

Chris and Charlie estimate that services like theirs, which use computers to try out hundreds of thousands of possible login ID and password combinations, could recover 2.5% of those lost Bitcoin – worth about $3.9bn.

Chris started his business, Crypto Asset Recovery, in 2017, but stopped and focused on other projects for a while. He then revived it after a conversation with his son, Charlie, a little over a year ago.

“I was on a break from college, and I had done some travelling but was just home workshopping business ideas with my dad,” says Charlie, now 20.

“We came up with the idea of restarting the business so over the next few weeks, we brought servers in-house and fired everything back up again.”

Working from a workshop in their seaside family home in New Hampshire, the father and son began receiving more than 100 emails and calls a day from potential clients the last time the price of Bitcoin peaked, in November 2021.

Now that it has dropped a little they are working through the backlog of cases.

The business is going so well that Charlie has no intention of finishing his computer science degree. However, the pair joke that they spend their time in perpetual disappointment.

Starting with the faint memory or jumbled paperwork of their clients, which provide clues about possible login details, they say they are only successful about 30% of the time.

Even then, they’re often disappointed by what they find.

“Most of the time we can’t actually tell what’s inside the wallet so we have to trust the client that there is an amount that’s worth the work we put in,” Charlie says.

“We had a case over the summer where the person told us they had 12 Bitcoin. We were obviously very professional with him but behind the computer screen we’re like jumping around high-fiving each other, all excited about the potential payday.

“We spent probably 60 hours of computer server time plus about 10 hours with the client piecing together all the clues he could give us.

“Then on the video call we cracked it open – and it was completely empty.”

Chris and Charlie say that only one client has ever underestimated what was inside his wallet. It turned out to be their biggest haul yet – $280,000 of Bitcoin.

In the past year they say they’ve recovered Bitcoins totalling “seven figures” in value.

The father-and-son team are part of a growing industry of ethical hackers using their skills to help people retrieve mislaid crypto-currency.

Another is Joe Grand, who started hacking as a teenager and is well known in the hacking community for testifying before the US Senate in 1998 about early internet vulnerabilities under his internet handle, Kingpin.

He recently made a viral YouTube video showing how he cracked open a hardware wallet containing $2m of a crypto-currency called Theta.

It took months of preparation and practice hacks on other hardware wallets for Joe to come up with a method in his workshop in Portland, Oregon.

He finally succeeded by combining two previously discovered vulnerabilities with the hardware wallet in question, which showed they can “glitch” and give away their pin code if attacked with carefully timed electrical shocks.

“When you break a crypto-wallet, I mean when you break any security really, it feels like magic no matter how many times you do it,” he says.

“Even though I had proven multiple times in my tests that I could hack this wallet I was worried on the day because you never know what’s going to happen and we only had one shot or the whole thing could break and the coins would be lost forever.

“Cracking the wallet open was a huge adrenaline rush. I guess it’s like a technical version of treasure hunting.”

Joe’s day job is teaching manufacturers how to secure their products from hackers but he’s now set up a wallet-unlocking side-business with his first client, Dan Reich.

“If there’s big enough wallets and big enough treasure to dedicate my time to,” he says, “then we’re going to try.”

At the tender age of 27, Yunfan “Chandler” Song is living the dream. The UC Berkeley grad…

Bitcoin Slips Back Below $50K Amid Crypto Market Pullback