How Exactly Can Meta Prove It’s Delivering The Metaverse? 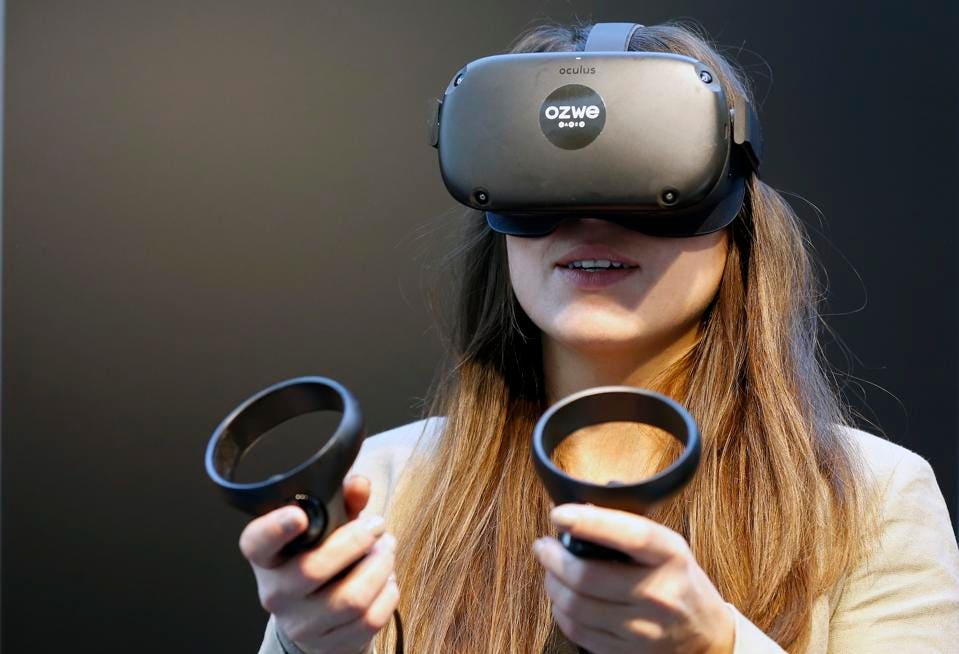 Meta, the parent company of Facebook, Instagram and WhatsApp, took a historic hit this week when its stock crashed by 26% in the wake of its first ever Facebook user loss, and poor ad revenue performance, likely due to iOS 15 targeting changes.

But there’s also the fact that Meta took a loss spending $10 billion on its metaverse division as it attempts to realize Mark Zuckerberg’s dream of becoming “a metaverse company.”

While currently the main issue with Facebook is this problem with ad revenue, it shows how vulnerable Facebook is to changes in the ad market, much more so than other tech giants, and why Zuckerberg wants Meta to become a platform, not a company whose fortunes can be dictated by a rival tech company.

The problem is, as we’ve seen the metaverse become a nearly nonsensical buzzword in the tech industry the past few months, it’s not clear what exactly Zuckerberg can deliver in that space and point to in order to make investors realize he’s on the right track.

The problem is there are many, many versions of the metaverse, and Facebook, despite its big ambitions and its name change, only owns one of them. Facebook’s vision of the metaverse is very much based in Virtual Reality, where it purchased Oculus (now name-changed to Meta) which makes headsets, and its “base” for its VR metaverse is Horizon, which has both business and “fun” components where virtual avatars do everything from have meetings to play minigames.

But again, that’s only one vision. Rival “metaverses” are cropping up everywhere, including places like Sandbox and Decentraland which are not invested in VR, but rather the blockchain, selling virtual real estate for millions while somehow managing to have player populations lower than the top 300 Steam games.

And of course there are traditional video games themselves, which have already existed as an endless string of virtual worlds for decades now, and many of which seem to be doing what Meta says it’s attempting to do, but better.

I’m just not sure how Mark Zuckerberg measures success here with his grand metaverse ambitions. Sure, Oculus Quest 2 sales were up this past holiday and we are seeing more VR adoption.

But to get to Zuckerberg’s vision we practically need VR headsets to be as popular and widely used as cell phones or PCs, and we’re not even remotely close to that yet.

Zuckerberg’s Horizon metaverse has proven to be no more compelling than rivals, despite the company’s huge investment in the space, and it’s also hard to envision that whatever happens here, the metaverse will be a revenue generator for Facebook/Meta in the same way Facebook has been destroying profit forecasts for years now (until now) in the more traditional web2 space.

The best thing Zuckerberg seems like he’ll be able to point to is that Quest sales are slowly creeping up and maybe their metaverse platform is getting more users. But in a way this feels like starting over from scratch for Facebook, attempting to build something akin to the entire internet in the virtual space, but with rivals already doing something similar, if not better.

The difference with Facebook is that they’re going incredibly hard on VR tech that has not proven to be even a fraction as popular as traditional console and PC game interfaces.

The two challenges here are first, getting Meta to create a shared virtual world that people actually want to participate in daily. The second is then monetizing that world in a way that demonstrates huge growth potential, while simultaneously not chasing away those same users.

And so far, we really have not seen anything indicating they are on that track. Investors are noticing, and it’s hard to say where we go from here, and what metaverse trophies Zuckerberg can hold up given the long, long, long term ambitions of a concept like this.

Crypto Sleuth May Have Found Tokens of Sanctioned Russians

Nasdaq-Listed Firm Says It Will Offer the First Bitcoin Dividend