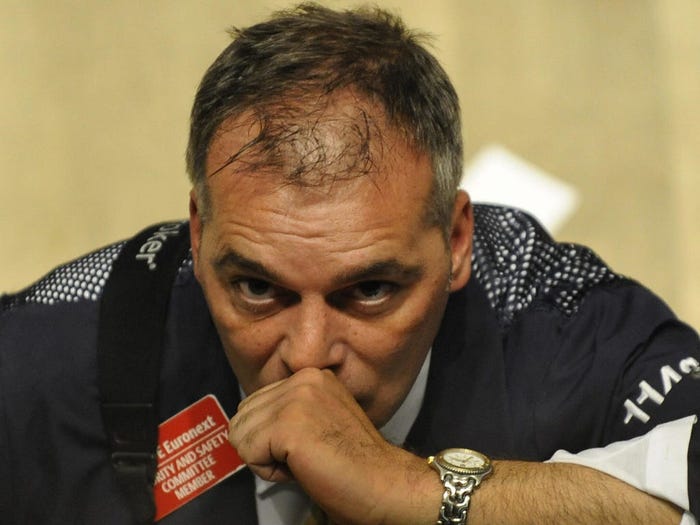 For investors looking to make sense of the recent bloodbath in equities and crypto, a good person to turn to is Duncan MacInnes.

MacInnes is an investment director at 28-year-old British investment house Ruffer, which has $32 billion in assets under management.

It’s a firm known for its ability to secure absolute returns and navigate major market drawdowns for clients.

It’s achieved 9% average returns annually after fees since inception and made money in the last three major financial crises, returning 23% during the Global Financial Crisis as shares crashed 30%, according to ThisIsMoney.co.uk.

Ruffer most recently hit the headlines, with the help of MacInnes, for taking a 2.5% stake in bitcoin in November 2020. The firm opened the position at a time when most traditional investment operations were afraid to discuss the asset, let alone touch it.

Five months later, the firm secured a profit of $1.1 billion and closed out the position completely in April last year, as bitcoin approached $60,000. It hit an all-time high near $69,000 in November, but has since lost almost half its value.

“Given that we bought it as a digital gold and as an additional diversifier in our portfolio, and it was exhibiting those behaviors at that time in November 2020,” MacInnes said at a January 26 webinar, “By the time we sold March/April, it was behaving more like a NASDAQ-leveraged ETF and that was one of the reasons why we decided to exit.”

Speaking at the ByteTree Asset Management webinar, MacInnes explained how he’s looking at bitcoin today, as well as the overall market environment as the Federal Reserve turns hawkish and inflation runs hot.

“It’s in for a tough few months, but if it can weather those storms, then maybe it would be interesting again,” he said at the time.

He was proven correct. Bitcoin has fallen 47% since that record peak. But in some ways, investors are being paid for that volatility, said MacInnes at the panel.

“It is on a journey to being low volatility, like gold,” MacInnes said. “And if it is successful, you are paid for wearing that volatility by the fact that it will appreciate dramatically. “

Some of the concerns around China and ESG are starting to subside, but the liquidity challenges and crypto market exuberance are enough to keep MacInnes away from bitcoin for now.

“The withdrawal of liquidity definitely made us concerned and that’s why we exited when we did,” MacInnes said. “But also there’s just so much froth in the sector and I love all the examples. It does feel to me like I’m living through 1999, even though I wasn’t there – this feels like the new one.”

While many great companies can be born out of the major spend by venture capitalists in crypto, it still creates major challenges today, MacInnes said.

However, for investors still looking to gain exposure to bitcoin, some of its volatility could be offset with gold.

“​​That’s how we funded our bitcoin allocation,” MacInnes said. “So at the point where we decided to buy bitcoin we had about maybe 11% of the portfolio in gold and gold equities and we took 2% of that and allocated it to bitcoin. It’s a sensible way of doing it.”

Another area he’s staying clear of is high flying tech stocks, even the most mature ones, that could re-rate due to economic uncertainty.

“Given that choice, I would definitely take bitcoin over Microsoft,” MacInnes said.

He highlights that major technology players have grown so large, they’ve created a lack of equilibrium in the market.

“One of my favorite stats is that Elon Musk’s net worth is greater than Exxon’s market cap,” MacInnes said.” It is remarkable how these energy businesses, which are the inflationary beneficiaries, have shrunk, and the technology businesses have grown so much.”

“The less your portfolio looks like the benchmark, the more likely you are to thrive in the coming period,” he added.

MacInnes is positioning for the next decade by investing in assets that hedge inflation from investing from real assets that could include property or farmland, to commodities and gemstones.

He highlights that many of these sectors still remain the cheapest areas of the equity market, which he says shows there little investor demand to really hedge against inflation.

After more than a decade of dismissing the revolutionary potential of blockchain technology, Washington finally…

What Taleb Gets Wrong – and Right – About Bitcoin