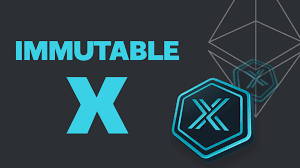 This action has coincided with a significant dip in the price of IMX, with the token sliding as much as 30% from a two-week high of $4.13 to a low of $2.80. Per CoinGecko, the token is trading hands at $2.97 as of press time.

GameStop recently received a $100 million grant from the Ethereum Layer 2 network as part of a partnership to build an NFT marketplace. This grant, denominated in IMX to the tune of 56,209,850 IMX tokens was to be delivered across five installments.

According to Etherscan data, GameStop has received the first two milestone payments of 28,104,925 and 9,368,608 IMX tokens respectively. The video game retailer has, however, liquidated a total of 14,989,293 IMX tokens currently worth approximately $42 million.

A look at GameStop’s wallet on Etherscan shows three transactions where IMX tokens moved from the company’s contract address to wallets associated with Binance, OKX, and Huobi, all of which are crypto exchanges.

This is not the first case of a crypto-related grant being spent immediately dumped. A similar situation happened with Uniswap’s DeFi education fund in July 2021 when Harvard Law’s Blockchain and Fintech Initiative sold half of the $20 million grant it received.

According to the milestone schedule stated in the grant document, GameStop will receive 18,736,671 IMX tokens in three future installments.

Neither GameStop nor Immutable X has responded to The Block’s request for comments as of the time of writing.

SoFi scores conditional approval for bank charter from US regulator