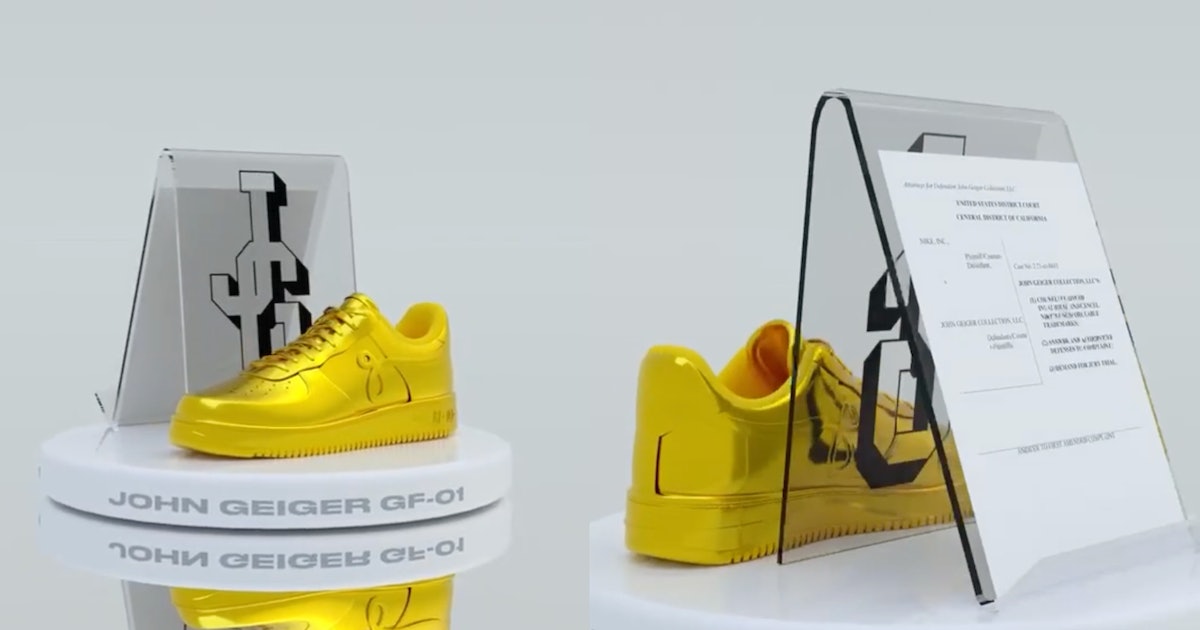 John Geiger has made no secret of his legal battle with Nike, and the designer is now attempting to turn the brand’s lawsuit against him into an NFT.

His iconic label has announced the release of the JG Lawsuit NFT. The NFTs will be available in Gold, Silver, and Bronze editions. The digital imagery will include a copy of Nike’s lawsuit against Geiger, as well as the John Geiger GF-01 sneaker.

All about John Geiger’s Nike Lawsuit

In August 2021, Nike added Geiger to a lawsuit that was originally filed against footwear manufacturer La La Land Production. After that, La La Land allegedly provided Geiger with sneakers that were similar to the Nike Air Force 1. Thus infringing on certain trade dress elements for that product, according to the complaint.

In November 2021, a motion to dismiss was filed in a Central California District Court. At the time, Geiger’s lawyers argued that the designer’s GF-01 sneakers did not constitute trademark infringement or unfair competition to Nike.

The motion was denied on February 8 by the court.

According to the John Geiger Discord, only one Gold JG lawsuit NFT will ever be minted, and it will come with a Gold GF-01 art piece as well as a lawsuit signed by Geiger. There will be three Silver and one Bronze, with both coming with art pieces and signed lawsuits.

During a Reddit Talk session on Thursday, “Shark Tank” investor Kevin O’Leary said that his…