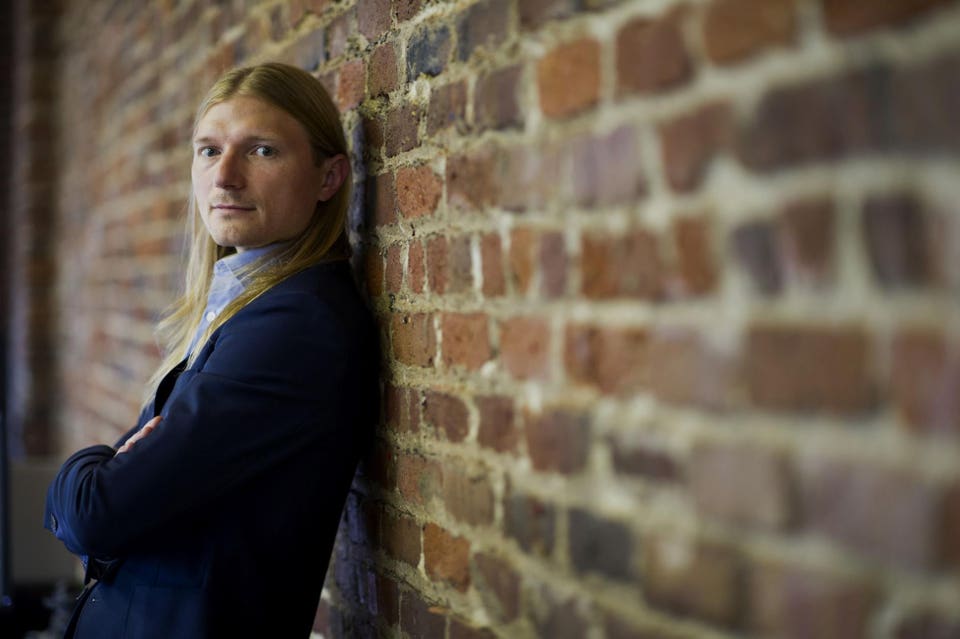 Jesse Powell is not backing down to pressure from the Canadian government to let them handle the unrest in Ottawa on their own terms. Known in crypto circles as a strong crypto ideologue and an iconoclast, the leader of the U.S.’ second largest crypto exchange sees the trucker protests taking place north of the border as a perfect opportunity to demonstrate the true value of crypto and a way to stick up for the little guy.

Powell gave an entire bitcoin to the protesters on February 6th out of a belief that the Canadian government went too far with its trucker vaccine mandates.

“I’m personally against the mandates. I think they’re just immoral. I also think there’s, at this point, a lot of evidence to suggest that we’ve been lied to or information has been withheld. And I think its efficacy is dubious at best.”

He also felt that the truckers, whose job requires a high degree of isolation, were low-risk anyway and were being picked on by the government.

Speaking in his personal capacity Powell, who last week advised his followers via Twitter to take their assets off of his exchange if they feared seizure from the government as a result of emergency measures designed to halt crypto donations to the trucklers, said “It is a sad day for our neighbors in the north.

Emergency powers meant to protect the nation’s sovereignty in war have been turned inward, against ordinary citizens selling coffee to protestors against forced medical procedures. The Canadian government now has the authority to confiscate – without warning, without due process – all your financial accounts, simply for being suspected to have supported the protests, in any way, by any stretch of their imagination.”

The Canadian government did not take kindly to Powell’s tweet, which acknowledged Kraken’s requirement to comply with any government-enforced seizures as a result of its recently enacted state of emergency, nor a subsequent one from Coinbase CEO Brian Armstrong, who wrote, “Concerning to see stuff like this happening in any country, especially such an economically free place like Canada. Self-custodial wallets are important!”

Specifically, in response the Ontario Securities Commission flagged the tweets and shared them with the Royal Canadian Mountain Police (RCMP). “We are aware of this information and have shared it with the RCMP and relevant federal authorities,” said Kristen Rose, the OSC’s public affairs manager, in an email shared with The Logic.

Powell is not looking to purposely antagonize any regulator, and says that he bites his tongue more often than he would like, but he is not afraid to use his platform when he sees it as necessary to do so. Saying that the “traditional financial system has essentially been weaponized” and “crowdfunding platforms are regulated like terrorist financing platforms”, individuals losing free access to their money would be tantamount to losing free speech.

Because all of this is happening in Canada, an ostensibly free country, is even more troublesome according to Powell. This is not a third world country with a tenuous grasp on democracy, but a major economic power with a long history of stable rule.

“I think Canada is a good example that the western world is not immune to these sorts of things. And maybe people, you know, ought to think, again, about whether the government is always going to have their best interests in mind, or that it would never go to this extreme of, you know, confiscating bank accounts without due process.”

In the midst of this drama, it is worth noting that Powell has been consistent over the years in encouraging crypto investors to move their assets onto wallets that they control if they are not looking to trade them.

“Some other companies might measure their KPIs in terms of assets on the platform or assets under custody. Banks would certainly measure themselves that way. But, you know, I think for us, if you’re not actively trading the money or using it for something on the platform, then it’s just strictly a liability sitting there, you know, for us, too, in that it could be hacked or you know, we could lose it somehow.”

Among hundreds of crypto exchanges, Kraken and exchanges like it, currently straddle the line between a highly regulated financial sector and an industry that has privacy and liberty sewn into its DNA. Powell acknowledges contradictions.

“These things come up. Regulators will ask us about tweets that I’ve personally made.” (He famously referred to the New York Attorney General as a jilted ex when the company refused to comply with a request for information years after it halted operations in the state.)

“I got into this whole industry for ideological reasons…but it’s a tough line to walk and I’m trying to find the balance. I try to say things that are important to the space, and sometimes you have to risk sticking your head up to say something to set an example. In doing so you give other people an opportunity to rise up and join you.”

Startup Upstream Raises $12.5 Million For Its ‘DAO In A Box’ Web3 Tools