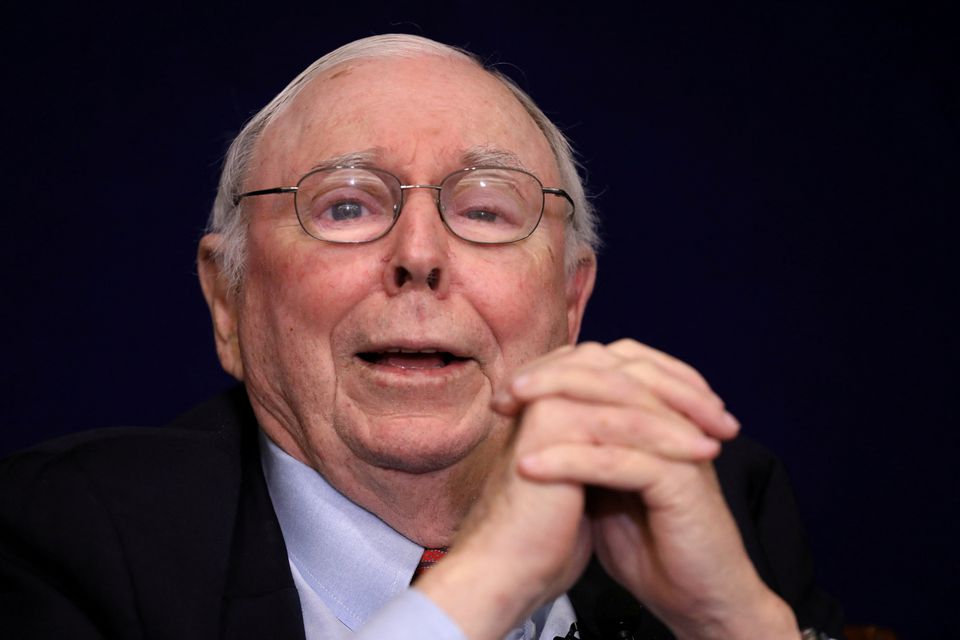 Feb 16 (Reuters) – Charlie Munger, the longtime business partner of Warren Buffett, on Wednesday said it is “massively stupid” for tensions to escalate between the United States and China, and separately said cryptocurrency should have been banned, calling it “beneath contempt.”

Munger, 98, spoke while fielding nearly two hours of questions at the annual meeting of Daily Journal Corp (DJCO.O), the Los Angeles newspaper publisher and provider of software to courthouses that he chairs.

He is better known as vice chairman of Buffett’s conglomerate Berkshire Hathaway Inc (BRKa.N) since 1978.

But asked about political pressures from China, he said recent deterioration in U.S.-China relations wasn’t justified by their different systems of government, or because one country does some things better than the other.

He showed no such mercy for cryptocurrency, saying he wished it had been banned from the start.

“I’m proud of the fact that I avoided it. It’s like some venereal disease,” Munger said.

“I just regard it as beneath contempt. Some people think it’s modernity, and they welcome a currency that’s so useful in extortions and kidnappings [and] tax evasion.”

He said he thought incorrectly a half-century ago that would also be true for newspapers, and lamented their being displaced by media telling people on both sides of the political spectrum only what they want to hear.

“This is no substitute for Walter Cronkite and all those great newspapers of yesteryear,” Munger said, referring to the legendary CBS News anchor.

Berkshire sold its own newspaper portfolio in 2020 to Lee Enterprises Inc .

Since its inception, cryptocurrency has been the subject of hot debate. Proponents of more widespread…

Whales Are Buying Up Doge, Among Most Actively Used Smart Contracts