NYC Mayor Took His Paycheck in Crypto, Then Bitcoin and Ether Crashed 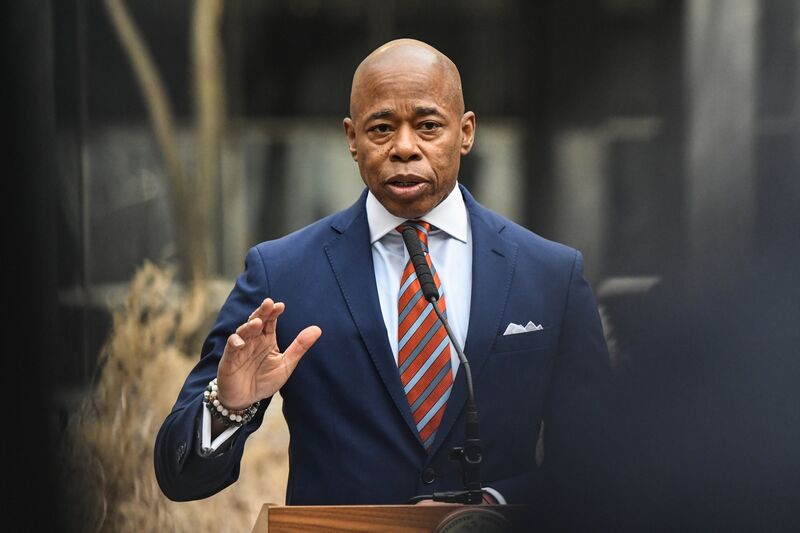 Even as the crypto market crashes, Eric Adams says he is a “long-term investor” in the digital asset.

As crypto traders are mired in the fallout from the recent market crash, users on social media pointed to a fellow enthusiast who may be suffering losses: New York City Mayor Eric Adams. Wealth for You

Adams, a Democrat who planned to turn New York into the “center of the cryptocurrency industry,” vowed to take his first three paychecks in Bitcoin in November 2020.

After being sworn into office in Jan. 1, the Mayor’s office confirmed to Bloomberg that his first gross paycheck of $9,924.66 would be converted into Bitcoin and Ethereum on Jan. 21.

Coinbase Global Inc. handled the conversion through its direct deposit feature, which allows users to allocate a portion or the entirety of their paycheck into a crypto wallet.

If Adams pays around 40% in taxes, he would have received around $5,954.80 before any other deductions such as for a 401(K) retirement plan.

Based in Thursday’s closing prices for Bitcoin and Ethereum, and if the amount was evenly invested in the two, he would have lost about $922.99 through Monday.

Coinbase confirmed that Adams’ paycheck was deposited last week, however the cryptocurrency exchange declined to comment on how much the mayor allocated towards Bitcoin and Ether.

Coinbase noted that direct deposit users can adjust their preferences at any time. The Mayor’s office has not responded to Bloomberg’s requests for comment regarding Adams’ recent investment in crypto.

Adams doesn’t appear to be too concerned. In an interview with CNN, the mayor brushed off questions about his possible losses, noting that he was a “long-term investor” in crypto.

To be sure, Adams could end up turning a profit if crypto prices rebound and he bought the digital currencies at a low price, so-called buying the dip.

The mayor has touted his plans to turn New York into a hub for cryptocurrency and other financial innovation. He’s expressed interest in exploring an NYC Coin, taking point from Miami Mayor Francis Suarez’s support of MiamiCoin.

In spite of recent crash in the crypto market, Adams told CNN he continues to stand by his pledges to support the widespread adoption of the digital asset in New York, encouraging young people to continue to be “engaged in emerging markets.”

— With assistance by Dave Liedtka. Read full story on Bloomberg

Singapore will impose unilateral sanctions against Russia, a move a former diplomat said was the…