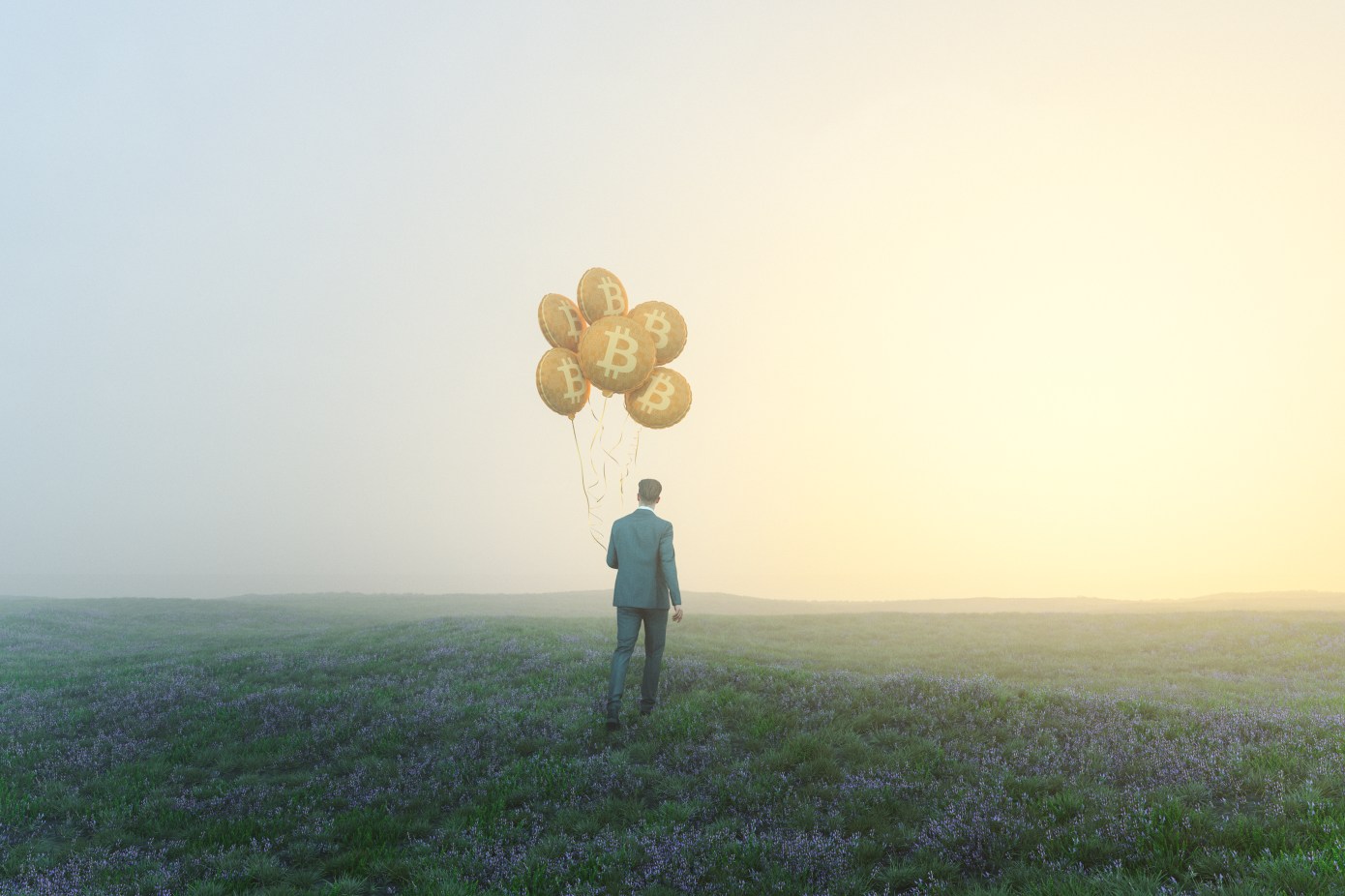 The pay-for-processing business model has always been a largely unquestioned mainstay within the cryptocurrency landscape. Since the inception of digital assets, investors, developers and enthusiasts have been subjected to paying a processing or “miner” fee on top of the cost of the actual token purchased.

In April 2021, the average cost of sending bitcoin reached an all-time high of $59, surpassing its peak in December 2017, when the average transaction fees skyrocketed to $52. Then there’s Ethereum and its notoriously high gas fees.

In 2021, the blockchain saw a number of crypto networks leaving Ethereum in search of more sustainable options such as rival blockchain Solana.

Needless to say, investing in crypto is becoming increasingly more expensive. Right now, the majority of the ecosystem is becoming disgruntled by the exorbitant cost of crypto and its use cases, especially in relation to fees on Bitcoin and Ethereum networks.

Nevertheless, enthusiasts and speculators are gritting their teeth and bearing it, accepting it as an annoying trade-off that comes with their involvement in something that should revolutionize money.

However, what happens when that majority loses their enthusiasm to pursue other ways to transact and move value? We already see transactions on “centralized” services like Binance Smart Chain overtaking distributed systems like Ethereum because of a more competitive fee structure.

What will become of the dream of having a truly decentralized crypto ecosystem? Is it really impossible for decentralized networks to compete with centralized ones, from a transaction fee standpoint?

It’s time for a free-market approach

At present, the network economics of all current major public cryptocurrencies and blockchains ignore the need for utility-value-based pricing, which means that the price of transacting on a blockchain is not congruent with the customer’s perception of the utility value of making that transaction.

In other words, the fee range for transactions is not determined with the consumer’s needs in mind, nor the competitive landscape. In fact, there is little benefit for consumers when it comes to the pay-for-processing model since there is no cap on what fee can be charged for a transaction.

Once fees amount to a large proportion of the value you are trying to transact, it can become inefficient and impractical to use such a network for those transactions.

While many would assume or hope that the network benefits from the real value of the utility provided to the user, the reality is that the pay-for-processing model only benefits crypto miners and other network stakeholders such as stakers, and not the users themselves.

For example, in Bitcoin, rewards are paid to miners for completing blocks of verified crypto transactions, and all fees are paid out to them. There remains an artificially scarce “block size” within which these transactions are processed, and miners have historically refused to let this block size increase.

Instead, they continue to demand higher fees to include transactions into a block. According to YChart, Bitcoin miners’ average daily revenue stands around $47 million, up from around $29 million at the beginning of 2021, an increase of 62%.

In order for things to be sustainable in the long run, perhaps it’s time that transacting in crypto becomes beneficial to users by using utility-value-based pricing. It is high time that the world of digital assets adopts a conventional free-market economic approach, where the customer is always king.

High transaction fees are a barrier to crypto network expansion

Enthusiasts and early adopters will eventually become apathetic to a network, and when that time comes, pay-for-processing use cases for all these networks will most likely be reduced to only the transactions that users are willing to pay higher prices for – infrequent and higher-value settlements.

If this becomes a reality, value will be lost for a network’s stakeholders through under-pricing higher-value use-cases, while at the same time losing network revenue potentially derived from lower-value, high-volume use cases.

I refer to this impending scenario as utility mispricing — an inevitable fate for all cryptocurrency networks that rely on pay-for-processing to reward network stakeholders: that is, miners, masternode owners and stakers. The effects of utility mispricing include a decline in revenue and adoption of these networks, specifically at the point that there is an uptick in new user growth.

Ultimately, consumer confidence will wane, subsequently leading to a loss of brand equity, and this is likely to be fueled by negative media sentiment (as it is now, with relation to the exorbitant fees on the largest two crypto networks).

It remains to be seen if any of the major cryptocurrency networks will ever solve this problem in an elegant and efficient manner, short of having to implement and get consensus for a complete refactoring of their network revenue model.

While the best-case scenario would be to not throw the proverbial baby out with the bathwater, adopting completely new network revenue models may be the answer. Arguably, the utility-value-based pricing model for cryptocurrency is the most user-beneficial alternative model in which low to feeless transactions can take place.

To achieve this, networks must set pricing through governance that involves all stakeholders, allowing for both on-chain and off-chain stakeholders to have a say on pricing parameters.

An example of this is Nano, a feeless cryptocurrency network that utilizes open representative voting. Votes are shared and rebroadcasted between nodes, tallied up and compared against the online voting weight available. Once a node sees a block that has received a sufficient number of votes to reach quorum, that block is confirmed in less than a minute.

The network offers no direct monetary incentive for nodes, thus removing emergent centralization forces and positioning it for longer-term trending toward decentralization, although the question of how this model will scale when it loses the altruism of its participants remains unanswered.

Another example of a network finding its way around a pay-for-processing model is Koinos. Its aim is to provide a mass-market user experience on a blockchain through what they refer to as “mana” – operating much like the mana one would come across in a video game.

Every token on the network is assigned a set amount of mana – similar to purchasing a mobile device that comes with preloaded data, this form of “fuel” is expended when a user consumes network resources. In this way, feeless transactions are able to accrue to liquid token holders.

One could also refer to this approach as hold-to-play, where the users choose to keep their tokens liquid, preventing them from participating in any yield-generating activities.

Once any of the mana in any given token is consumed, that token is locked for a period of time, with the purpose of creating an opportunity cost in lieu of a real-time monetary cost that serves to disincentivize the submission of value-less transactions. Therefore, making the mana fee mechanism more dynamic and scalable than charging explicit transaction fees.

While there are a handful of other emerging networks that are following a model that is driven by user satisfaction, only time will tell whether major cryptocurrencies will follow suit.

Right now, major cryptocurrencies are managing to remain relevant because of user altruism and enthusiasm; networks do not yet need to think outside of the “pay-to-play” box.

However, as time passes and the hype becomes measured against the network’s performance and competitiveness in light of alternatives, networks will need to rethink the pay-for-processing model and find new solutions that are beneficial to the user as well as the network itself.

In any other business, customers inform the value and relevance of a product. Currently, there is an illusion that crypto enterprises don’t have to adhere to the same system, but there will have to be a shift in due time.

Only by providing real value to users on decentralized networks that is comparable to centralized services can the longevity of any cryptocurrency project be ensured in the long run.

The existing crypto ecosystems must adapt and recognize the fact that users are stakeholders, too. It is critical to ensure a network’s business model allows pricing services appropriately across all its target use cases while earning and distributing enough network revenue to make the project attractive to its investors.

Bitcoin fights back from key support levels as crypto