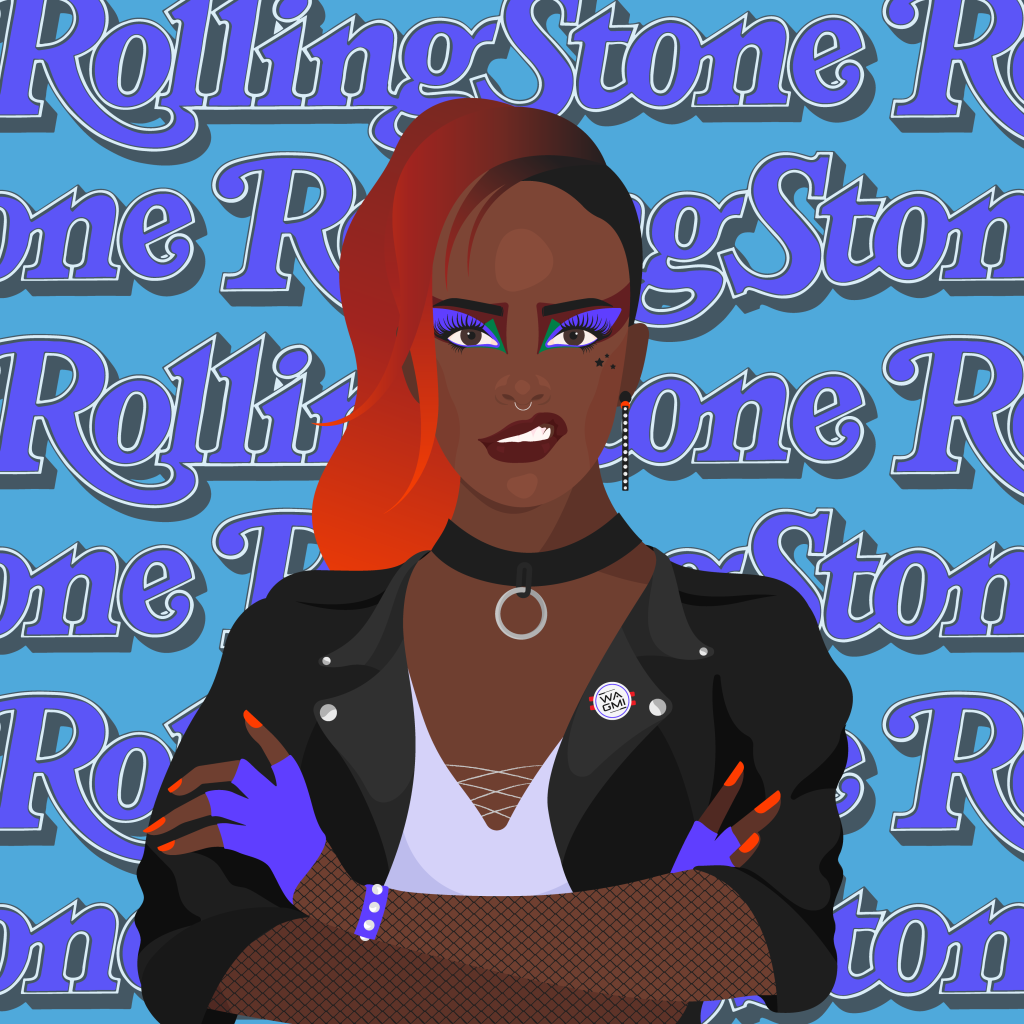 The Rolling Stone Live event marks the company’s first collaboration with Coinbase and the two firms will be dropping exclusive non-fungible tokens (NFTs).

According to Rolling Stone, the artists were tasked with creating the NFTs that also showcase the Rolling Stone logo.

The American magazine says the event “marks the beginning of an ongoing partnership” between Rolling Stone and Coinbase. Later in the year, the announcement notes that the artwork will be animated before they are available for purchase via the marketplace Coinbase NFT.

“The limited release will offer fans an extraordinary chance to own a piece of history created by some of the crypto space’s most influential digital artists,” Rolling Stone’s announcement explains.

Lisa Mayer the founder and CEO of Boss Beauties said her team is thrilled to contribute to the collection of NFTs.

“Having the opportunity to collaborate with an iconic brand like Rolling Stone and an innovative company like Coinbase has been so inspiring,” Mayer said in a statement about the announcement on February 3.

“We’re honored to be included alongside so many other notable creators and are excited to see how it all comes together,” the Boss Beauties executive added.

This year, Rolling Stone Live (Rslive2022) will feature musical performances by Kaskade, Tinashe, Iann Dior, and a DJ set by Lil Jon. Leading up to Rslive2022, the firms Doordash and Twitch will work with Rolling Stone to host on-site studio sessions.

See the full list of NFTs and artists here

When Russia began its invasion of Ukraine, cryptocurrency fans appeared to be trapped in a decadent…

Bitcoin ban: These are the countries where crypto is restricted or illegal