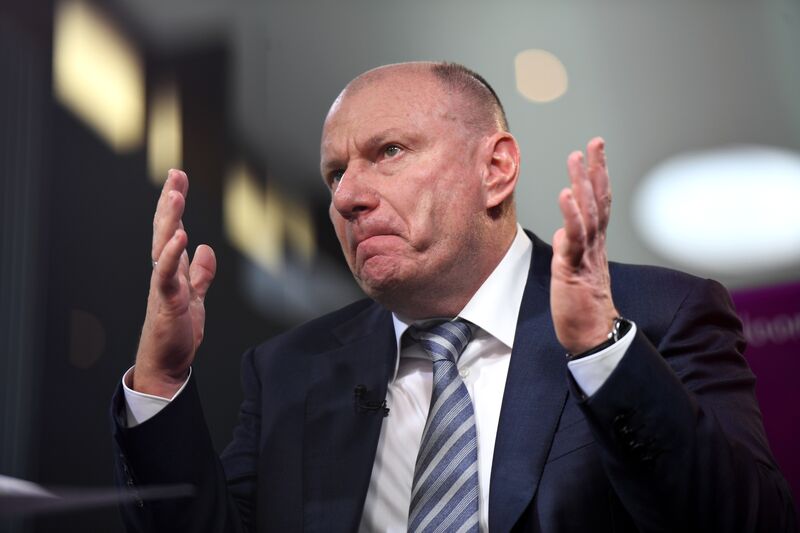 Russia’s second-richest man says tokens and a digital ruble initiative will give the country’s crypto-skeptical central bank a way to promote new technologies without the risks associated with currencies like Bitcoin.

Billionaire Vladimir Potanin is an investor in Atomyze, which uses blockchain to turn real assets ranging from metal to homes into tokens that can be easily exchanged. This month, the company’s Russian unit received a license allowing the platform to issue digital assets and offer trading.

“Unlike some cryptocurrencies, platforms like Atomyze offer consumers high-quality and secure digital goods and may squeeze unreliable products out from the market,” Potanin said in interview in Moscow.

Potanin’s position echoes the Bank of Russia, which supports the development of digital financial assets while advocating a complete ban on mining and trading cryptocurrencies that it says pose a threat to the country’s financial system. The government backs regulating and taxing digital currencies, while President Vladimir Putin has called on authorities to find a compromise.

The development of digital assets, tokenization and the central bank’s digital ruble program may make the debate over crypto irrelevant, according to Potanin.

He said regulators fear crypto and stablecoins because they are uncontrolled currency emissions, while a digital asset or token is like a contract giving customers the opportunity to get a product or service in a digital form using blockchain, an online ledger that tracks and verifies every transaction or change.

“Metal coins were replaced by paper money, and then transactions became cashless,” Potanin said. “Digital financial assets are just the next stage.”

Potanin’s Interros holding helped found Atomyze two years ago as it sought a way to make trading metals more efficient. Potanin is the biggest shareholder in MMC Norilsk Nickel PJSC, the world’s largest producer of refined nickel and palladium, which has been offering metals-linked tokens to industrial clients and via exchange-traded commodities on several European exchanges since 2020.

The platform could also be used for the sale of the other services and goods, according to Potanin. He said Interros is planning to invest as much as $1 billion in Atomyze and other technology projects, which may include banks and digital exchanges.

In Russia, Atomyze may offer the same service as abroad, including issuing tokens linked to metals, according to Potanin. It also plans to test its applications in real estate in Norilsk, a city of 180,000 people in the Arctic Circle, he said.

The program could allow a unit of the Norilsk-based miner to offer employees and other residents tokens to buy apartments in an effort to boost their liquidity and improve mobility, as well as develop a token-linked mortgage program with Societe Generale SA’s Rosbank. Then, when people seek to move they would be able to sell their properties for tokens and exchange them for money or a home in a different city, Potanin said.

Interros is also in talks with the Hermitage Museum in St. Petersburg to offer non-fungible tokens for its art collection that could be used to fund restoration, Potanin said.

Just a few months ago, it seemed everyone was embracing crypto: Wall Street banks were building an…