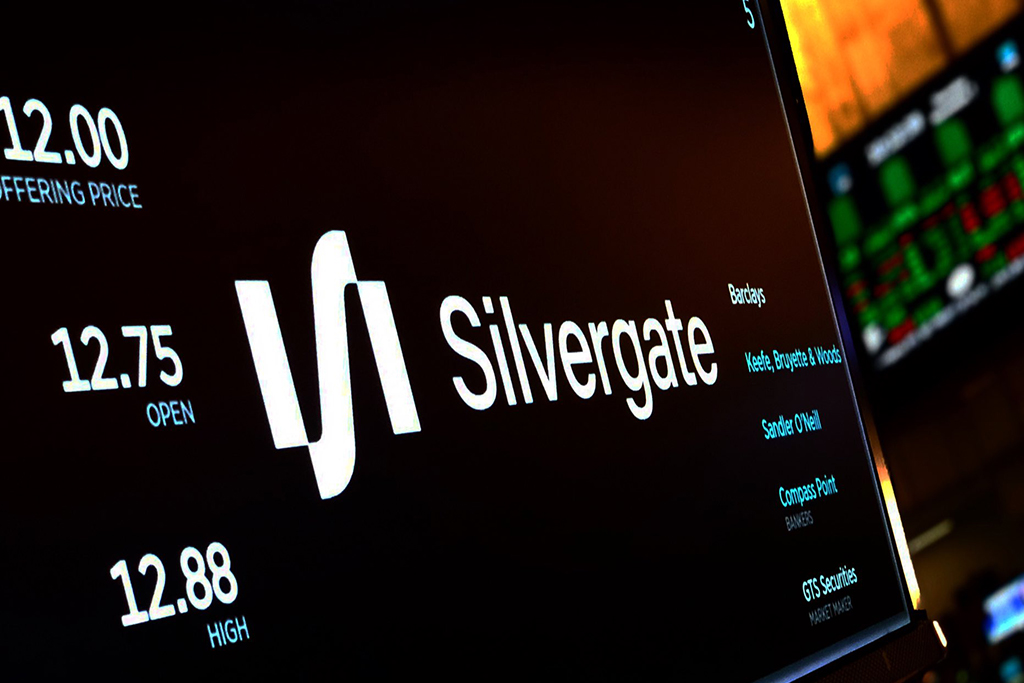 Silvergate Capital Corp. plans to use the technology it acquired from the failed Facebook-backed digital-asset project known as Diem to underpin the crypto-focused bank’s own stablecoin payment service this year.

“I believe all of them will eventually want to work with us on this,” Lane said in an interview. “Could Facebook be a user? Eventually, I think so.”

Silvergate paid $132 million out of the $182 million total purchase price in stock for the assets. That makes many of the former Diem members bank shareholders, Lane said. He didn’t provide specifics. Several former members still run nodes on the blockchain network, Lane said, declining to disclose their names.

The La Jolla, California-based firm is also considering creating a consortium of banks to issue and use the planned stablecoin, Lane said.

There are already several bank-focused efforts to use or issue stablecoins. USDF is an association of small community banks backing a stablecoin for payments. JPMorgan Chase & Co. uses its own coin for settlements of customer transactions within the bank.

But it’s huge consumer-focused services like Facebook and Uber — with millions of users — that could spur mass consumer usage.

The Diem project started in 2019 under a different name, Libra, and with ambitions to issue stablecoins backed by fiat and securities. Those ambitions were scaled back amid regulatory and legislative pressure. The project never launched, and its founder, David Marcus, left Meta last year.

Silvergate first got involved with Diem in 2021, when it agreed to become the exclusive issuer of Diem’s stablecoin. But after the President’s Working Group on Financial Markets released its report — offering a glimpse of future regulation — on stablecoins in November, “that’s where the rubber met the road for Diem.

They were reading that report and saying ‘Gosh, we don’t want to become a bank,”’ Lane said. The report suggested stablecoins should be issued by banks.

The bank acquired Diem’s payment network, its stablecoin and intellectual property, but didn’t bring in any of its employees. At least initially, Silvergate won’t have its own cryptocurrency wallet, Lane said.

Silvergate will make money on the stablecoin in three ways: It will earn a fee for creating every stablecoin it issues. It will also charge retailers a transaction fee. And lastly, it will earn money on interest off of the U.S. dollar reserves it will hold in support of the stablecoin, Lane said.

Much of the timing and the scope of the rollout will depend on regulatory approval, Lane said.

“We certainly had conversations with them as we were negotiating purchasing the technology,” Lane said.

For his part, Lane isn’t worried that Diem has left such a bad taste in regulators’ mouths.

“We didn’t hire anybody from Facebook, anybody from Diem,” Lane said. “We are a regulated financial institution running the payment network.”

Investment Stablecoins
Previous ArticleZuckerberg’s Big Virtual Bet Has Yet to Give Meta Stock a Boost
Next Article In Huge Precedent, IRS Says It Will Not Tax Unsold, Staked Crypto

Republicans And Democrats Will Both Support Bitcoin: Here’s Why

No, it’s not because they will agree Bitcoin is a new and better form of…

Is the metaverse takeover inevitable?