Skycoin Founder Claims in Suit He Was Extorted, Kidnapped 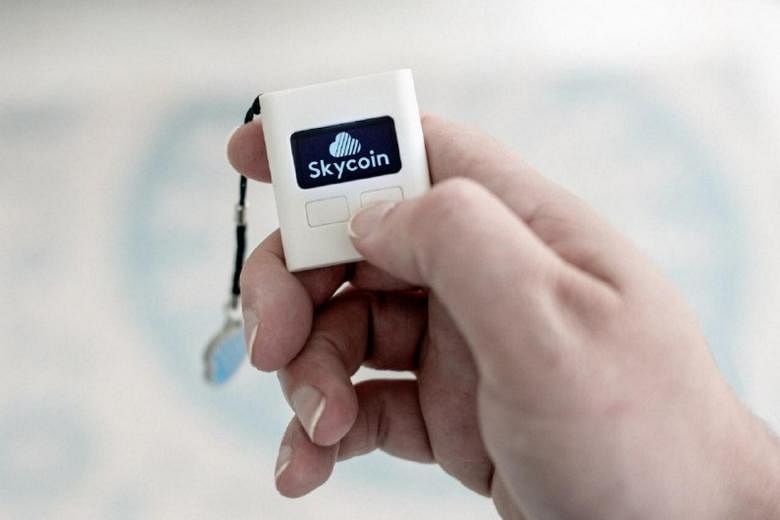 The creator of the cryptocurrency Skycoin claims a former consultant and others tried to extort tens of millions of dollars with ransomware attacks, organized a plot to kidnap him and his girlfriend, and conspired to undermine the $5 billion market for the digital token.

Brandon Smietana, the founder of Singapore-based Skycoin Global Foundation Ltd., made the allegations in a civil racketeering lawsuit Wednesday filed against Bradford Stephens, Harrison Gevirtz and almost a dozen others, including two journalists that Smietana accused of defaming him with stories they wrote. Smietana is seeking unspecified damages.

Stephens, who said he consulted for Skycoin, dismissed the claims as “absurd” and “pretty weird,” adding that some of the people named in the suit “had nothing to do with Skycoin.” Smietana has “a history of blaming other people for the failure of Skycoin,” Stephens said by telephone. “We expect a quick dismissal,” he said.

In an email on Wednesday, Gevirtz said he hasn’t been served with the lawsuit, a copy of which was supplied to him by Bloomberg News. “I have no involvement with Skycoin and have no idea why I am included in this lawsuit,” he said. “This is a pretty intense read.”

According to the complaint filed in Chicago federal court, Stephens and Gevirtz were initially hired in early 2018 and were paid more than $1 million, mostly in Skycoin tokens and Bitcoin, to market Skycoin and revamp its website. Shortly afterward, the marketers claimed a third party was linking pornographic blogs and spam to Skycoin’s website, and they asked for $38,000 to fix the problem, Smietana alleged.

After Skycoin made the additional payments, Smietana said he discovered it was Stephens and Gevirtz who were behind the spamming, and they began demanding $100,000 a month, and then $300,000 a month to quell future attacks on Skycoin’s website.

In February 2018, the two met with Smietana in Shanghai, where they threatened to have Skycoin delisted from all cryptocurrency exchanges unless he paid them $30 million in Bitcoin and $1 million in cash, according to the suit.

While Smietana said he made some extortion payments that month, Stephens and Gevirtz then threatened to get news articles published that would be damaging to Skycoin unless they were allowed to take over the company, according to the lawsuit. Some negative articles were later published, he said.

After Smietana refused their demands, Stephens, Gevirtz and another defendant conspired with four assailants and hatched a plot in June 2018 to kidnap Smietana and his girlfriend to extract passwords, source code and other information from his computer system, according to the lawsuit.

He claims he was violently beaten and tortured for six hours in his home before providing access to about $139,000 in Bitcoin and $220,000 in Skycoin.

Smietana also claims Stephens and others demanded money for the return of Skycoin computer-based assets and media accounts, and made $50,000 in unexplained cash expenses over two days in Las Vegas that were charged to the company.

Skycoin, which peaked in value about four years ago when it was listed on cryptocurrency exchanges including Binance, has fallen precipitously. It was delisted from several exchanges.

Skycoin fell about 6% to 22 cents on Wednesday, according to price data compiled by CoinMarketCap. It traded at more than $4 as late as April 2021.