The Rise of the Crypto Mayors 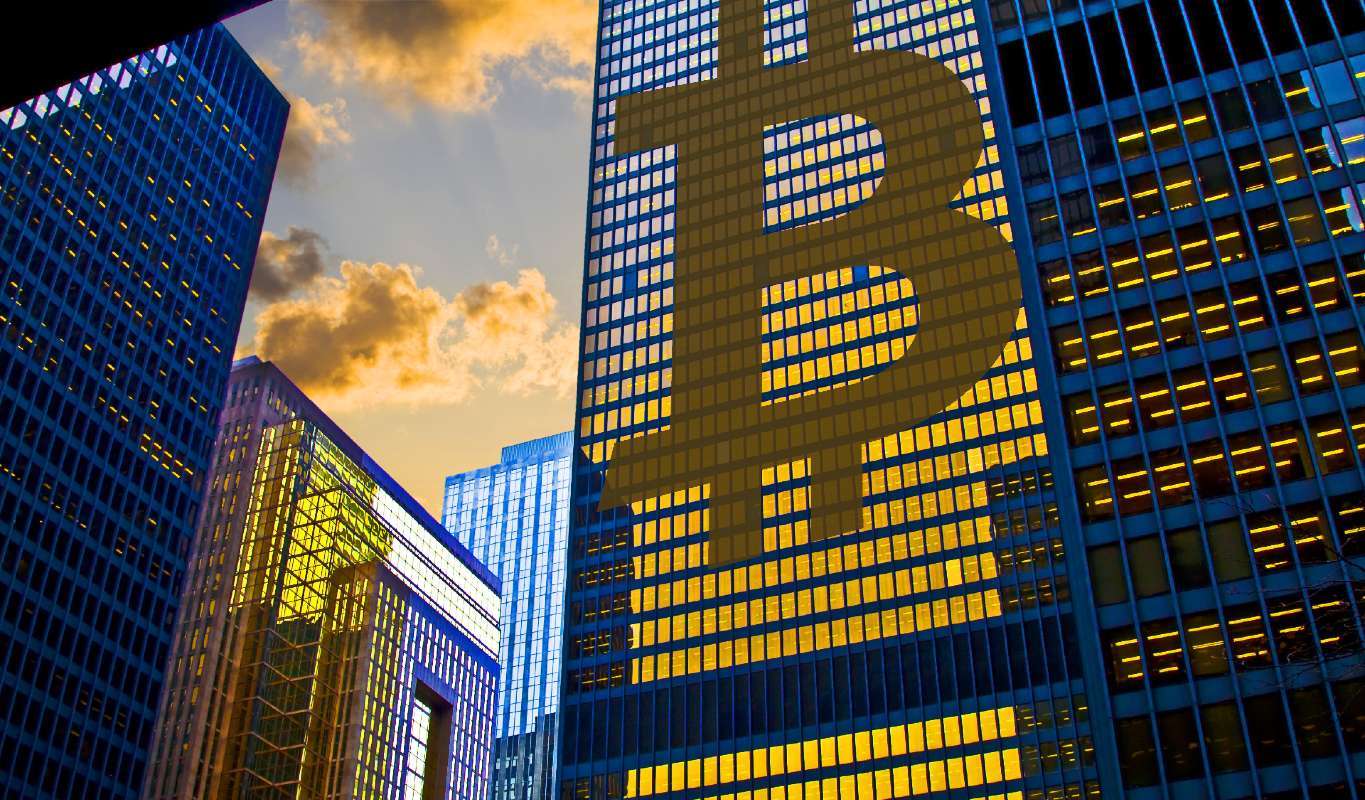 This new political breed accepts paychecks in Bitcoin. The mayors also want to use buzzy new tech like NFTs to raise money for public projects.

Scott Conger, the mayor of Jackson, Tenn., campaigned on a modest promise to improve local infrastructure. He planned to build sidewalks, open a senior center and repair the aging storm-water disposal system in his city of 68,000, about halfway between Nashville and Memphis.

But as he begins his fourth year in office, Mr. Conger, 38, has adopted a new favorite cause: cryptocurrencies. He has pledged to give city employees the option of converting their paychecks into Bitcoin and has outlined plans to install a digital mining network in a deserted wing of City Hall. The aim, he said, is to make Jackson a Southeastern tech center.

Like many Americans, Mr. Conger discovered crypto during the pandemic and soon fell down an internet rabbit hole. His plans have turned him into something of a celebrity in the crypto world, a strange distinction for the leader of a midsize industrial hub where Pringles potato chips are manufactured.

“Bitcoin is a great financial equalizer,” Mr. Conger declared this month in an interview at City Hall. “It’s a hedge against inflation. It can bridge that wealth gap.”

The ballooning popularity of Bitcoin and other digital currencies has given rise to a strange new political breed: the crypto mayor. Eric Adams, New York’s new mayor, accepted his first paycheck in Bitcoin and another cryptocurrency, Ether.

Their growing ranks reflect the increasing mainstream acceptance of digital currencies, which are highly volatile and have fallen in value in recent days. The mayors’ embrace of crypto is also a recognition that its underlying blockchain technology — essentially a distributed ledger system — may create new revenue streams for cities and reshape some basic functions of local government.

But as with many ambitious crypto projects, it’s unclear whether these local initiatives will ultimately amount to much. So far, most are either largely symbolic or largely theoretical. And the mayors’ aims are partly political: Crypto boosterism has a useful bipartisan appeal, garnering popularity among both antigovernment conservatives and socially liberal tech moguls.

In Jackson, Mr. Conger has become a frequent guest on crypto podcasts, where he is hailed as a leader in “the army of Satoshi,” a reference to Bitcoin’s shadowy founder, Satoshi Nakamoto. A broad-shouldered former college football player, Mr. Conger sometimes goes to work wearing socks emblazoned with tiny orange Bitcoins.

But his crypto ambitions have already encountered obstacles. While he’s close to establishing a system for city employees to invest a portion of their paychecks in Bitcoin, his mining proposal has proved impossible to institute under existing laws.

Mr. Conger wants to use public money to plug a bank of computers into the Bitcoin network, an energy-guzzling process that could generate new coins for the city. He has even found a place to put the hardware: a suite of rooms in City Hall that have remained unfinished since the building opened in 1998.

But a state law limits the types of assets that cities can invest in, partly to protect residents from market volatility. Mr. Conger and other local officials are working on new legislation to add Bitcoin to the list of permissible investments.

In many ways, Mr. Conger is following in the footsteps of Miami’s Mr. Suarez, who has emerged as the crypto-bro-in-chief of mayors. (The two men occasionally text; Mr. Conger’s communications director calls it a “Bitcoin bromance.”) Mr. Suarez has positioned Miami as a “crypto capital” and thrown his support behind MiamiCoin, a crypto token that anyone can buy or mine, with a portion of the proceeds flowing into city coffers. He recently jousted on Twitter with Mr. Adams of New York over which of them loves crypto more.

“Every time I would talk about crypto, my analytics would go through the roof,” Mr. Suarez, 44, said in an interview. “The analytics went crazy.”

Mr. Suarez now styles himself as a kind of crypto diplomat. After taking over this month as president of the U.S. Conference of Mayors, a nonpartisan coalition of city mayors, he urged members to sign a “crypto compact” calling on the federal government to eschew overly aggressive regulation of the industry.

Last month, Mr. Suarez had a private Zoom call with Gary Gensler, chairman of the Securities and Exchange Commission, who has called for increased scrutiny of crypto.

“It was kind of funny,” Mr. Suarez said. “He said, ‘I think I should have done a little bit more homework.’ It was his own way of saying that I really knew what I was talking about.” (The S.E.C. declined to comment.)

Mr. Suarez’s vice chair at the Conference of Mayors is a fellow crypto enthusiast, Hillary Schieve, who’s in her second term as the mayor of Reno, Nev. Last year, she announced plans to turn a popular whale sculpture in downtown Reno into an NFT, a unique digital item that can be traded by crypto investors. The goal, Ms. Schieve said, was to funnel the profits into Reno’s arts scene.

“It would be great to cut out the middleman,” Ms. Schieve said of her embrace of crypto. “I’m not a big fan of banks.”

A decentralized city government built on blockchain technology has been a longstanding goal of crypto fans. Vitalik Buterin, one of the founders of Ethereum, the blockchain behind Ether, wrote a blog post on the topic in October. And last year, a group of crypto investors bought 40 acres of land in Wyoming, aiming to build a blockchain city run by a decentralized network of investors, each of whom would vote on important decisions.

For now, most crypto-enthused officials are focused on comparatively modest projects. Mark Wheeler, chief information officer for Philadelphia, became fascinated with crypto in 2018 after hearing about an effort in Cook County, Ill., to list property records on a decentralized database.

“Improving the quality of property-data management inside city government is like the white whale that I’ve been trying to catch,” he said.

Mr. Wheeler stopped listening to NPR in the morning, tuning into crypto podcasts instead. In November, he invited crypto experts to propose initiatives for Philadelphia; the original Bitcoin white paper is now posted on the city’s website.

The fervor has spread to small-town America. Last year, Jalen Nelson, a 26-year-old crypto enthusiast, cold-emailed 2,000 U.S. mayors, hoping to engage them in discussions about blockchain technology. He got one response — from Chris Swanson, the mayor of Two Harbors, Minn., a town of about 4,000 on the shore of Lake Superior.

Mr. Swanson was taken with the idea of forming a decentralized autonomous organization, or DAO — a collective of crypto investors — that would pool money to fund projects in Two Harbors in exchange for some kind of voting power over the new initiatives.

“Trying to get something built can be really complicated, and you end up going to the same pools of money over and over and over again,” said Mr. Swanson, 44. “The projects that the community wants to see could get done quicker.”

Mr. Nelson, who recently moved to San Antonio from California, has never set foot in Two Harbors, where winter temperatures can drop well below zero. (On a recent Zoom call, he chose a tropical background, with palm trees swaying in the breeze. “I told Chris I would visit him in the warmer months,” he said.) For now, the project remains entirely theoretical.

But with the mayor’s backing, Mr. Nelson is planning to establish a trust fund that would serve as the basis of the DAO. “I’m dreaming,” he said. “Two Harbors could turn into Disneyland.”

Back in Jackson, Mr. Conger said he just wanted to make the city a place where his children would be comfortable settling down after college. He comes from a respected local political family: His grandfather served as Jackson’s mayor, and a great-great-great-grandfather ran the city in 1861 and 1871, when mayors served one-year terms.

Still, Mr. Conger acknowledged that some Jackson residents were skeptical of his crypto ambitions.

“I don’t know that I’d want my retirement in that,” said Bobby Maness, 54, an electrician, as he sat down for lunch at a local burger joint this month. “What I worry is, when I get there, will it be worth anything?”

Mr. Conger has no such concerns.

On a table in his office, he keeps what looks like a copy of the Jane Austen novel “Pride and Prejudice.” Although he remembers studying the book in high school, Mr. Conger is not an Austen fan, and the book is not actually a book. It’s a decorative box he found on Amazon, concealing a safe where he stores his personal Bitcoin wallet.

In the midst of ongoing Russian aggression, Ukraine is increasingly turning to cryptocurrency for its…

What a U.S. Digital Dollar Means for the Future of Your Wallet