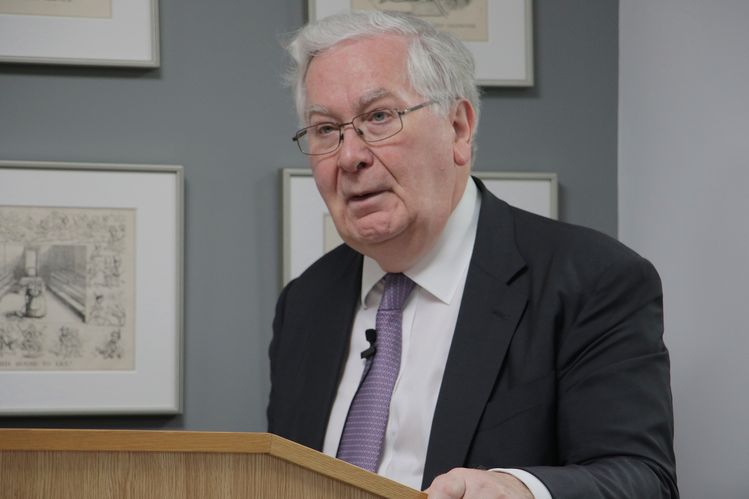 “Order! Order!” Former speaker of the House of Commons John Bercow bellows his infamous catchphrase down the barrel of a camera. “Is intelligence in the room? Stop selling!”

At the request of Crypto Boole, a Twitter account, Bercow has recorded a message on video-sharing site Cameo. His message is simple: keep calm and HODL through the dip.

Celebrities are often paid to record messages on the site, but Bercow’s interest is emblematic of how the political classes are beginning to sit up and take notice of the rapid expansion of cryptocurrencies again.

After an initial wave of interest from MPs — Grant Shapps gave up his role OpenBrix and Stephen Hammond resigned from IronX in 2018, and the Telegraph reported last year that Steve Baker had sold his “experimental” holding of bitcoin — some parliamentarians are starting to dip their toes back in the crypto ecosystem.

They have done this through an all-party parliamentary group on cryptocurrencies that was launched on 10 January, backed by trade body CryptoUK, supplementing a group on blockchain that was set up in 2018, itself sponsored by crypto foundation Iota and blockchain company Stratis.

In November, responding to reports that the Bank of England asked the government if a central bank digital currency should be “programmable”, allowing the issuer to decide how it’s spent, Baker got involved in the crypto debate again, tweeting that “surveillance by currency cannot be entertained” and “we must push back against tide of ever-increasing state control.”

The latest register of MPs interests, running to 17 January, shows that while Yeovil MP Marcus Fysh held tokens on the Cardano network up to May, he still has an ethereum investment.

But this crypto-hungry crop of MPs might find their dreams of a de-fi utopia thwarted by their colleagues in the House of Lords and central bank, as the issue of widescale crypto use was thrust into the limelight again this month through talk of whether the UK should mirror moves by government’s like China towards a digital pound.

A scathing report from the Lords Economic published on 13 January took a look at the potential benefits — or lack thereof — of introducing a CBDC in the UK, arguing that from privacy concerns to the potential to start a bank run or be hacked by a malicious state, the advantages of a ‘Britcoin’ would almost certainly be outweighed by the risks.

The UK has taken a tougher stance than some of its international peers. While the Federal Reserve’s release earlier this month of its CBDC report, initially expected last summer, passes the buck to Congress on a deciding whether a digital dollar is necessary, it moves the US CBDC towards the next step of public consultation. And some US lawmakers are also crypto fans.

Lord Mervyn King, the former Bank of England governor also on the committee behind the report, doubled down on the questions he thought remained unanswered on January 18, arguing that CBDCs wouldn’t even solve cross border payment issues.

Banks would be nervous about facing a run on a “faster, greater scale”, he added. If retail bank customers were allowed to automatically transfer their existing credit to the CBDC, “that writ large is a massive risk”, and regulation could be a huge challenge, he noted.

“Let’s be clear what problem we’re trying to solve here…I think you have to answer that question,” Bailey said.

Crypto is “more difficult to know how to get a grip on…because we don’t have good information. This is outside the regulated sector,” Cunliffe added.

He said the answer was “to extend the regulatory regimes”.

“Tokenised money could disintermediate incumbent financial institutions, increase the volatility and cost of bank deposits, and substitute existing payment form factors such as checks and cards,” according to a Citigroup report last year that outlined the stakes, adding that new systems could disrupt the crowded payment space.

“But crypto trading and custody could be a new source of revenue for financial institutions and CBDCs could result in more efficient and targeted monetary and fiscal policy implementation. The race towards Digital Money 2.0 is on.”

A taskforce jointly run by the Bank of England and Treasury is currently exploring the merits of a CBDC. The pair will put out a consultation later this year which will include what they think of the case for a digital pound. Only then will they decide whether to move to a development phase.

Whether they end up doing so could depend on how much influence Lords and top Bank officials have on their thinking, compared to what MPs and the private sector might ask for.