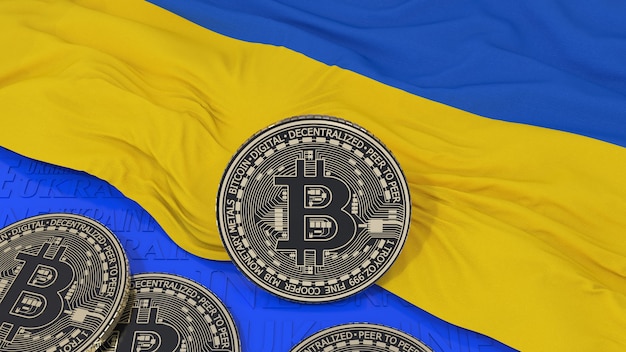 On Thursday, the Ukrainian parliament passed a bill to legalize cryptocurrency, preparing a framework for the regulation and management of digital assets like Bitcoin.

“This will legalize crypto exchangers and cryptocurrencies, and Ukrainians could protect their assets from possible abuse or fraud,” Ukraine Deputy Prime Minister and the Minister for Digital Transformation Mykhailo Fedorov announced on Twitter.

The new version of the Law on Virtual Assets, which passed parliament Thursday, puts crypto regulation under the oversight of the National Commission on Securities and Stock Market, per Zelenskyy’s suggestion.

Importantly, the bill does not recognize Bitcoin or other cryptocurrencies as legal tender. Ukraine has not gone the route of El Salvador, which adopted Bitcoin as an official currency in September last year. But the new law will provide reassurance to businesses operating in what was previously a legal grey area.

“Market participants will receive legal protection and the opportunity to make decisions based on open consultations with government agencies,” Fedorov said in an official statement.

Despite the previous lack of formal regulation, Ukraine has already developed itself as Europe’s leading hub for crypto industries. Market consultancy Chainalysis ranked Ukraine fourth globally behind Vietnam, India and Pakistan in its 2021 Global Crypto Adoption Index, which measures the volume and value of crypto traded in a country.

According to the New York Times, the Eastern European country processes more transactions per day in cryptocurrency than in its fiat currency, the hryvnia.

Meanwhile, Ukraine already has a deep talent pool of developers eager to make inroads on blockchain tech. Dutch IT company Daxx put Ukraine as No. 1 for attractiveness in terms of IT outsourcing in 2021 and the best in the world for hiring programmers.

Government officials are hopeful that the new law will attract more foreign investment into Ukraine’s burgeoning crypto market, although fluctuating tensions with the country’s less crypto-friendly neighbor, Russia, might put a damper on capital inflows.

Besides the threat of war, Russia’s economic heft and its ambivalence to cryptocurrency might overshadow Ukraine’s openness. Russia remains one of Ukraine’s largest trade partners and the Russian central bank is developing its own digital currency, while pushing for a ban on cryptocurrency.

“Our positive stance on crypto indeed stands in contrast with neighbors where officials propose a ban on the use and mining of cryptocurrencies,” Ukraine deputy minister of digital transformation Oleksandr Bornyakov told Fortune in January. “I’d like to remind them crypto regulation will work better than a ban.”