Using Cosmic Radiation To Make Art With AI And Blockchain 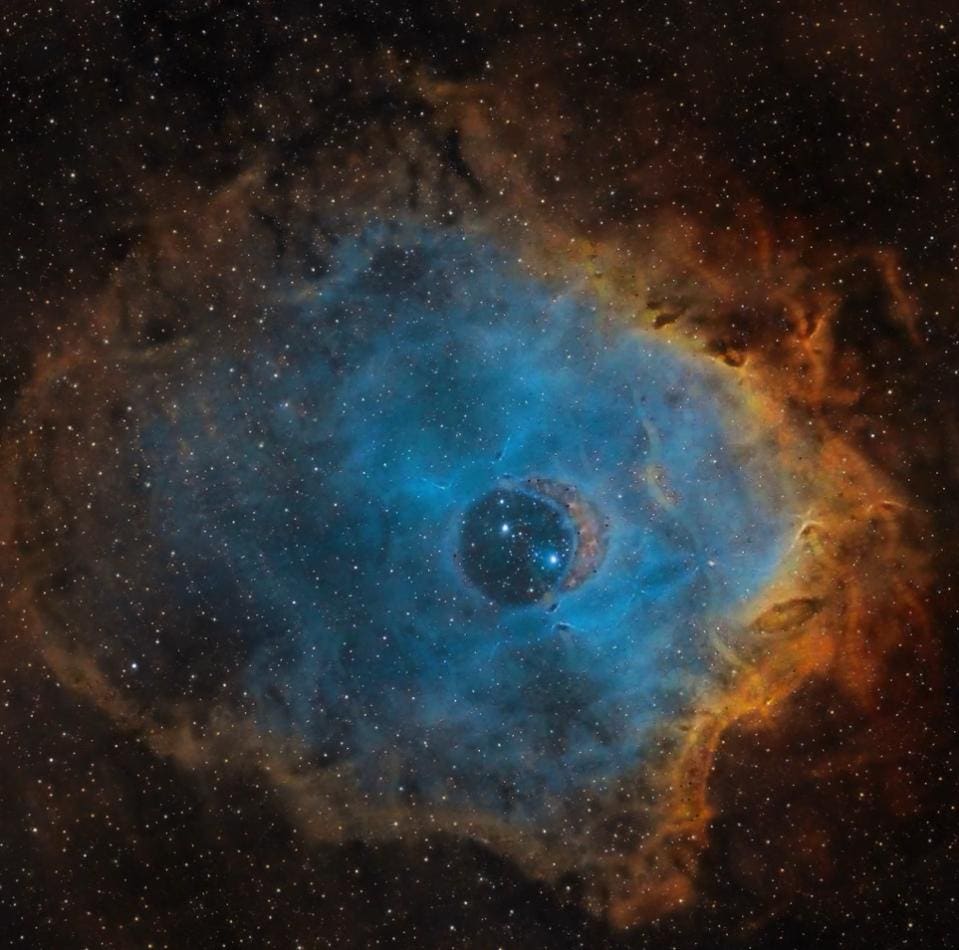 Celestium, developed by Artificial Mind and the artist Cecilie Waagner Falkenstrøm, is a hybrid AI-blockchain algorithm that uses data from cosmic radiation it experiences onboard the International Space Station (ISS) and turns it into images of space.

From February 1 – 15, 2022, the ISS will be transformed into an interactive art gallery where anyone from around the world can interact directly with the space images through the Celestium and experience thousands of colorful images generated by the artwork’s AI- algorithm.

“All of the data gathered from the software will create a series of digital tokens and AI-generated space images seeded from space radiation that the AI algorithm harvests aboard the ISS,” said Falkenstrøm.

“The AI component of the algorithm is a generative adversarial network (GAN) that’s trained on thousands of images of existing planets, stars and nebulas across the cosmos,” said Falkenstrøm. “It uses that data to generate images of its unique celestial objects.”

Falkenstrøm says that people will also see images of our solar systems and 600,000 asteroids. “The asteroids are linked to the AI-generated space images in the form of non-fungible tokens (NFTs), and they can get the AI-space images as NFTs.”

“This enables everybody to have ownership of a little part of the universe in a digital world,” said Falkenstrøm. “I believe the artwork scrutinizes questions about democratization and decentralization of space and will spark a conversation about how human actions in space can transform the quality of life of all of humanity, instead of serving as more wealth for the few.”

It took more than a year for Falkenstrøm to get permission to have the AI-blockchain software onboard the ISS, which began in December 2021.

Falkenstrøm says Celestium artwork opens the door to democratic space exploration and mining participation. “We hope to raise awareness about the challenging questions about the future entanglement of space, technology, sustainability and humanity and challenge the capitalist power dynamics we see today in the modern space era.”

“As a part of the interactive experience, individuals can take part in the creation of a global collaborative artwork that will also be sent into space to the International Space Station in March 2022,” said Falkenstrøm.

All the artwork of digital images, the art NFTs and blockchain and images will be printed and video projected for future artwork exhibitions.

Modern Corporations Are Ungovernable, But DAOs Are Not The Answer

Turks flock to cryptocurrencies in search of stability