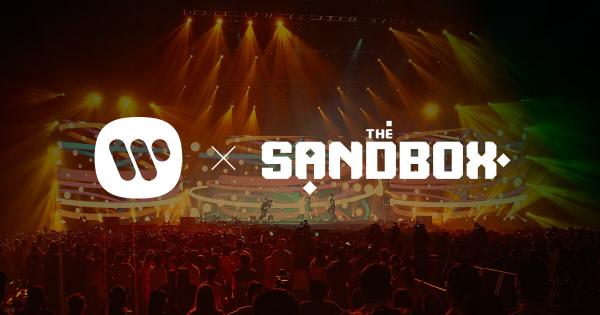 Warner Music Group (WMG) is planning a future of virtual concerts within the metaverse, announcing today that it has partnered with upcoming Ethereum game The Sandbox to open a music-themed area within the shared online game world.

Warner did not disclose which artists will perform and/or appear within The Sandbox. The label has hundreds of total signed artists across its various imprints, including Atlantic, Elektra, Warner Records, and Parlophone, including the likes of Ed Sheeran, Lizzo, Meek Mill, Weezer, and the Red Hot Chili Peppers.

The Sandbox is an Ethereum-based metaverse game that lets players purchase LAND sold as NFT assets, which can then be customized and even monetized within the game. Virtual land sales have accelerated in recent months following Facebook’s big metaverse announcement. During one week in late November, investors purchased more than $100 million worth of virtual land, with the majority of that coming from The Sandbox.

The game’s creators have already partnered with more than 200 brands and celebrities, including Snoop Dogg, The Walking Dead, Adidas, Atari, Steve Aoki, and The Smurfs. The Sandbox will hold a land sale in March to let players purchase land plots adjacent to those belonging to Warner Music Group.

“There’s so much opportunity here,” the chief digital officer and VP of business development at WMG, Oana Ruxandra, told Decrypt via email. Artists could sell NFT collectibles through The Sandbox, for example, including those that unlock access to exclusive benefits or experiences. The representative also mentioned virtual concerts, listening parties, award ceremonies, and other live in-game engagements.

Snoop Dogg—who releases albums via his own Doggy Style Records label—has already followed a similar playbook in The Sandbox. He gave away and sold NFT party passes to an upcoming metaverse concert, launched NFT avatars for purchase, and sold LAND plots near his in-game estate. One such plot sold for almost $450,000 worth of cryptocurrency.

Explainer: What are NFTs?

These Companies Are Already Living in Zuckerberg’s Metaverse

A beginner’s guide to bitcoin and cryptocurrency