Why Is Bitcoin Crashing? Ask the Stock Market 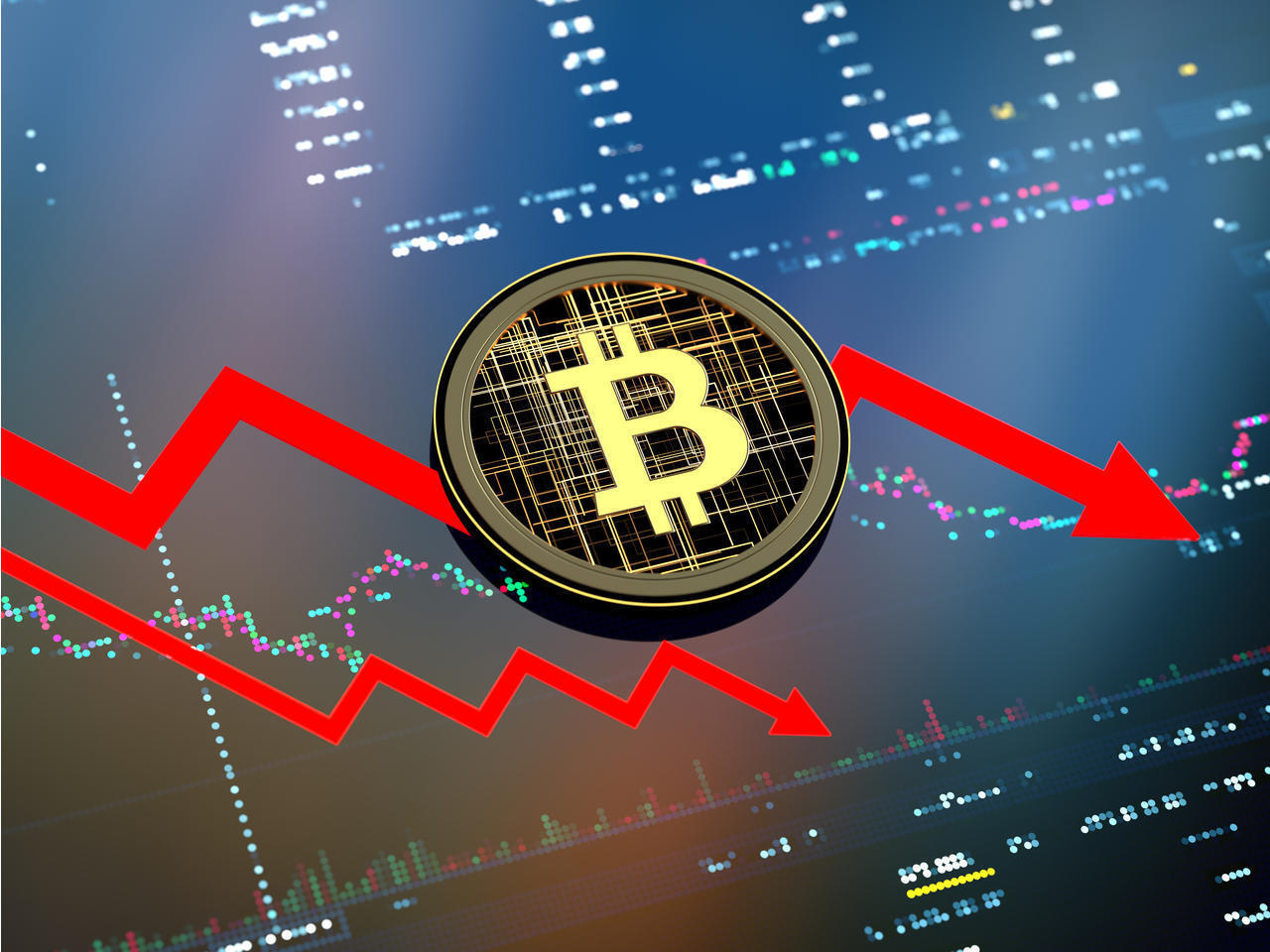 Bitcoin is down another 8% amid a broader selloff that has seen the digital token shed a quarter of its value in January alone. The stock market knows why.

Why is bitcoin crashing? It’s much older and more established cousin, the stock market, has the answer.

Bitcoin, ether and the broader crypto market faced another wave of selling Monday, with the world’s most-traded digital currency down another 8% amid a selloff that has seen the digital token shed about a quarter of its value in January alone.

Ether, the second-largest cryptocurrency, slid more than 12% to $2,205, its lowest since July 28. The native token of Ethereum’s blockchain has lost 38% this month. Other prominent coins like Solana’s SOL, Cardano’s ADA and Polkadot’s DOT were down anywhere between 12% and 15% as of Monday morning.

Declines across the cryptocurrency market have followed a rough start to the year for stocks as investors reassess where the U.S. and global economy is going and what the Federal Reserve and other central banks are going to do to tamp down strong growth and accelerating inflation.

The reason: bitcoin and other cryptocurrencies have become more entwined with markets, with the bitcoin alone near its highest correlation with the stock market since September 2020.

That means when the stock market goes down, which it most definitely has since the kickoff of 2022, so does bitcoin.

Bitcoin Is a Commodity, Except When It’s Not

“Cryptocurrencies are no longer an isolated risk asset and are responding to changes in global policy,” Clara Medalie, research director at cryptocurrency market data provider Kaiko, told The Wall Street Journal. “It’s not surprising that both will start to become more volatile as the liquidity taps turn off.”

And those taps are widely expected to be turned off — fast. Indeed, expectations are the Fed will lift interest rates sooner than later, possibly as soon as March, to slow the economy by deterring people and businesses from borrowing. Rising rates make borrowing more expensive for consumers and businesses.

“We see a risk that the [Federal Open Market Committee] will want to take some tightening action at every meeting until the inflation picture changes,” Goldman economist David Mericle wrote in a note to clients published over the weekend. Fed funds futures are currently pricing in four quarter-point rate hikes this year.

Bitcoin specifically is limited to a quantity of 21 million; the final coins are projected to be mined in the year 2140. On the flip side, bitcoin and other digital-asset naysayers continue to argue that it is difficult if not impossible to put a real-time value on something that doesn’t physically exist.

At the same time, bitcoin’s wide adoption as store of value and as a hedge against other types of investment volatility mean it is now acting a lot more like the stock market — except without the diversity.

The Whole Cryptocurrency Ecosystem Is Under Pressure

Peripheral cryptocurrency players including bitcoin exchange Coinbase Global  also continue to suffer alongside the broader rout, with Coinbase stock down another 7% in premarket trading on Monday after falling more than 13% on Friday.

The accompanying decline in the value of crypto stocks like Coinbase and MicroStrategy as well as U.S.-listed mining companies like Marathon Digital Holdings, Riot Blockchain and Bit Digital  suggest institutional investors aren’t looking at bitcoin and other digital assets as a place to seek refuge or higher returns.

Marathon, Riot and Bit Digital have dropped more than 50% each since Nov. 10, according to data from charting platform TradingView.

Argo Blockchain, the only crypto miner listed on the London Stock Exchange, has declined by 45%, while Canadian crypto miners Hive Blockchain and Hut 8 Mining  have slipped 52% and 59%, respectively.

Read full story on The Street

Bitcoin Versus the People’s Ledger

US Agencies Seized $30M of Crypto Related to NetWalker Ransomware