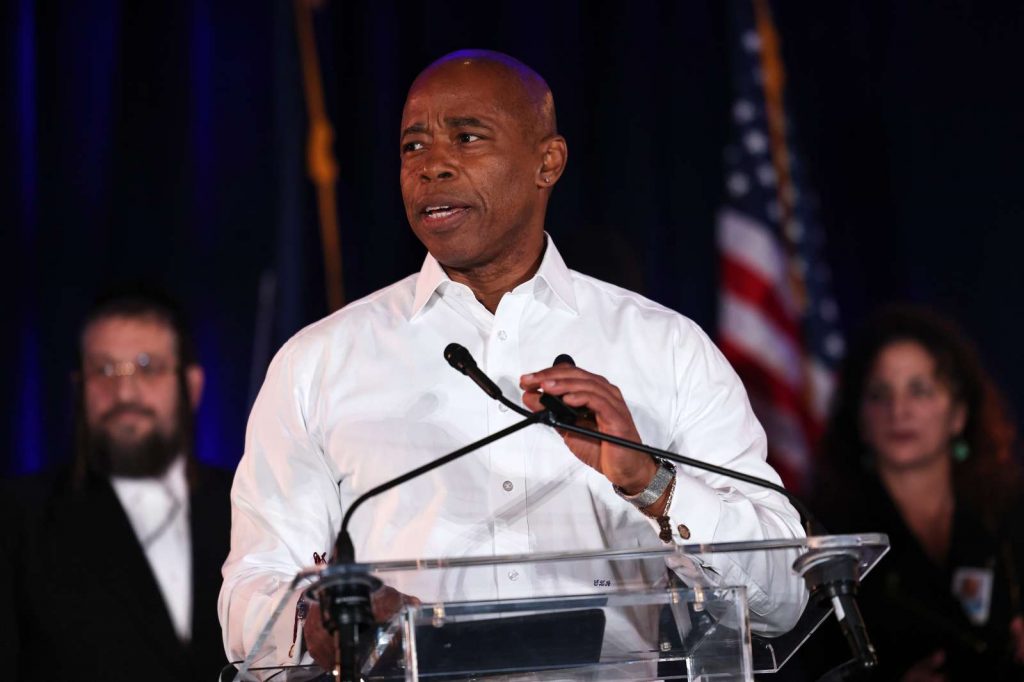 New York City’s soon-to-be mayor doesn’t want his first paychecks in dollars. He wants Bitcoin. Mayor-elect Eric Adams tweeted Thursday that he is going to take his first three paychecks on the new job in Bitcoin.

“NYC is going to be the center of the cryptocurrency industry and other fast-growing, innovative industries! Just wait!” he added.

The statement is the latest episode in the “friendly competition” between Adams and Miami’s freshly reelected Mayor Francis Suarez over which big city will be the crypto capital of the U.S. Adam’s tweet was in response to one from Suarez earlier this week that said: “I’m going to take my next paycheck 100% in bitcoin.”

Suarez has a head start in terms of crypto bragging rights. Back in February, Suarez said he wanted to allow city workers to be paid in Bitcoin, and for Miami to collect taxes and fees in the cryptocurrency.

The Florida city also hosted a major Bitcoin conference (which Suarez provided opening remarks at), is trying to woo crypto miners and even launched its own cryptocurrency called MiamiCoin.

“I do believe bitcoin is a safe hedge against an inflating dollar due to excess deficit spending,” Suarez said in a written statement to Money, adding that he wants to continue “positioning Miami as the most friendly crypto city on the planet.”

Adams has taken notice of Suarez’s strategies. “He has a MiamiCoin that is doing very well,” Adams said during an interview with Bloomberg Radio Wednesday. “We’re going to look in the direction to carry that out.”

The shifting outlook on cryptocurrency appears to be spreading: Earlier this year, Scott Conger, the mayor of Jackson, Tennessee, said the city was exploring cryptocurrency payroll conversions for its employees.

Why do politicians want paychecks in Bitcoin?

So do Adams and Suarez truly believe in the power and future of cryptocurrency? Maybe. But they’re also jumping on a growing trend that could generate attention for their cities (and them personally).

Early in Bitcoin’s existence, many officials said that the cryptocurrency was fake money, says Hanna Halaburda, an associate professor at NYU Stern School of Business. Now, with much of the commercial world embracing crypto (think Tesla, which bought $1.5 billion in Bitcoin earlier this year), the rhetoric is shifting, she adds.

“So they are stepping in late,” Halaburda says. “They see that it’s already happening and they are jumping on the bandwagon.”

Plus, the crypto community is getting bigger, and supporting it could be very beneficial for these cities.

“Adams is a savvy politician, and using an opportunity to promote a part of his agenda that has a rabid global following not only positions New York well for the future, it also instantly elevates his own profile,” says Leah Wald, CEO of crypto asset manager Valkyrie Funds, one of the firms that started offering a bitcoin futures ETF last month.

“The crypto industry is flourishing and will not be going away any time soon,” says Ben Weiss, CEO of CoinFlip, a Bitcoin ATM company. “These leaders are wise to welcome more crypto innovation within their city limits and create strong footholds in a relatively new industry.”

Can politicians actually get paid in Bitcoin?

Despite Adams and Suarez saying they will take their paychecks in Bitcoin, it’s highly unlikely that they will actually be paid in the cryptocurrency.

Given the constraints in municipal government, these mayors will not actually be receiving their paychecks in Bitcoin (not yet anyway), says Jesse Proudman, co-founder and CEO of crypto robo advisor Makara. They will most likely have to convert their take-home pay into Bitcoin.

“But at the end of the day, it is still a great signal of support,” Proudman adds.

-Read the full article an Money

Blockchain & Web3 Cryptocurrencies
Previous ArticleHow Crypto Exchanges Could Stop Flash Crashes If They Wanted To
Next Article From rags to making $4m in a day’: how NFTs are shaking up the art world

Binance Ties Up With Bangkok Billionaire on Thai Crypto Exchange