Russia-Ukraine War Is Bringing Out the Good, Bad, & Ugly of Cryptocurrencies 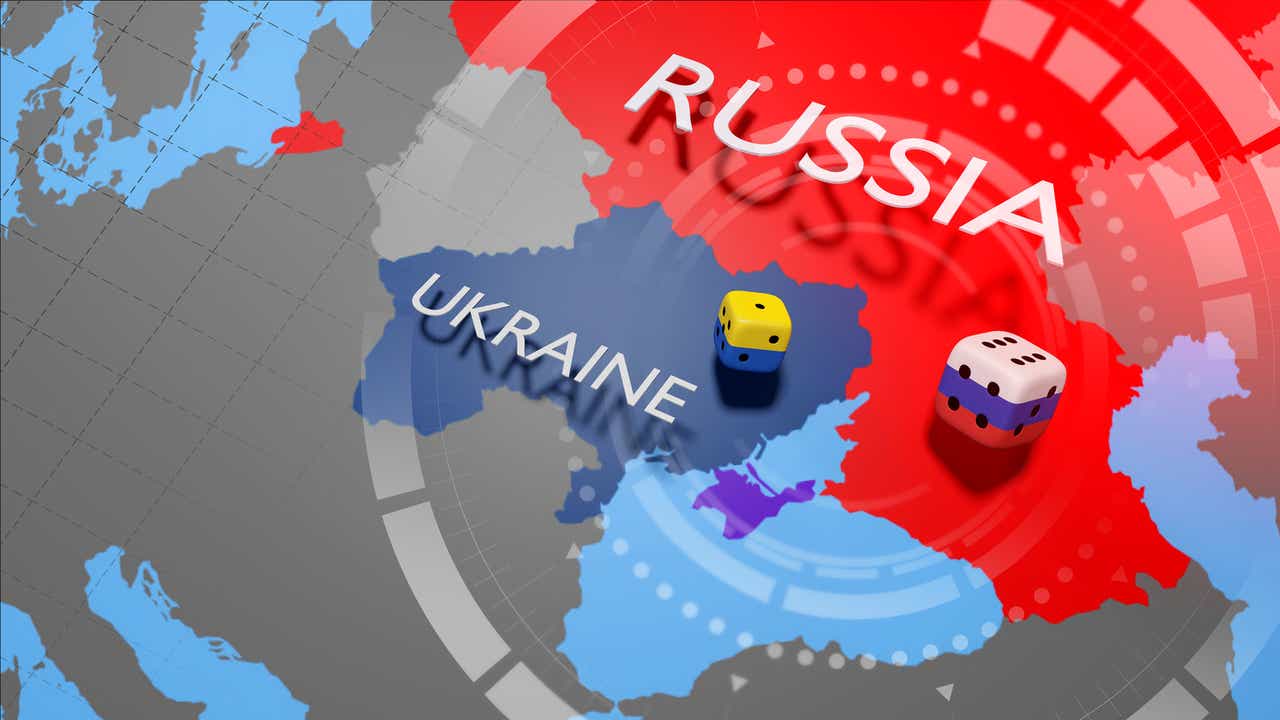 Russia’s invasion of Ukraine could be a catalyst for cryptocurrencies, positively and negatively.

Both Russia and Ukraine are grappling with economic turmoil due to the war, prompting residents to try to shelter assets in cryptos as their sovereign currencies lose value and face more instability.

Ukraine’s president, Volodymyr Zelensky, signed a law on Wednesday to create a legal framework for cryptocurrencies in the country, providing legal cover for exchanges and banks in the country to process transactions. Crypto donations to Ukraine have hit $64 million from 120,000 people, according to blockchain analytics firm Elliptic.

Crypto demand also appears to be rising in Russia, judging by higher volumes in ruble/Bitcoin trading. Russians are using cryptocurrencies to “bypass oppressive capital controls” and a devalued ruble, according to a recent blog post by Simone Maini, CEO of Elliptic.

Peer-to-peer Bitcoin exchange volumes in Russia have tripled since the invasion, as sanctions and capital controls come into force, said Tom Robinson, chief scientist and co-founder of Elliptic, in a recent tweet.

Bitcoin and other cryptos have also been resilient amid a legion of pressures on “risk assets,” including high inflation, rising bond yields, a surge in oil prices, and fraying confidence in the geopolitical climate.

Yet Bitcoin is edging the Nasdaq-100 index this year, a proxy for technology that has taken a beating. “If risk assets don’t decline and rstrain inflation, central banks are more inclined to act,” said Bloomberg Intelligence analyst Mike McGlone in a note on Thursday. “Cryptos are among the riskiest, but Bitcoin is showing divergent strength in 2022.” He expects Bitcoin to outperform gold and the stock market as the Federal Reserve raises interest rates.

Granted, Bitcoin is still down about 13% year-to-date, faring only slightly better than the 14% fall in the Nasdaq-100 index. And the war is bringing out the dark side of crypto as a potential mechanism to evade sanctions, thanks to its inherently decentralized nature and the many ways that cryptocurrency transactions can be hidden.

Elliptic says its has directly linked more than 15 million crypto wallet addresses to criminal activity based in Russia and has identified “several hundred thousand” addresses linked to sanctioned companies or individuals.

Elliptic also says it has identified 400 “virtual asset service providers,” mainly exchanges, where cryptos may be bought with rubles. Most of these services aren’t regulated and may be used anonymously, without any identity checks, according to Elliptic.

Moreover, while cryptocurrencies may be used to fund Ukraine’s resistance and humanitarian aid, they could also be going to support Russian-backed forces, notes Maini. And there is a “real risk,” she adds, of Russia using crypto to circumvent sanctions through state-sponsored cybercrime and even Bitcoin mining—something that Russian President Vladimir Putin has touted as a competitive strength for the country due to its abundant and cheap energy.

Crypto experts told a Senate Banking Committee hearing on Thursday that hiding transactions on crypto networks is much tougher than with cash or traditional financial networks, due to the transparent nature of blockchains.

Levin noted that sifting through illicit activity on a blockchain is easier than it is in traditional financial networks, and he said the Treasury Department has had success in blocking sanctioned addresses. But he added that it’s an ongoing “cat and mouse” game.

Some blockchain experts argue that even if Russian money flows through crypto, it would hit roadblocks in regulated exchanges, which are the on-ramps for exchanging cryptos into hard currencies.

“I wouldn’t be surprised if some wealthy individuals decide to put a percentage of their wealth into crypto so that it cannot be seized,” said Emin Gun Sirer, a computer scientist and the CEO of Ava Labs, a blockchain company. “You can park your assets in crypto, but you can’t participate in the economy or bust the sanctions because you won’t be able to take your assets out—the exchanges won’t let you. Your assets will be safely yours, but not useful.”

Crypto can also be laundered through “coin mixers” that conceal the identity of the owner, and “privacy tokens” like Monero that are designed for anonymous uses. But some of these cloaking devices can also be cracked and traced, says Sirer, and significant volumes of crypto moving through public blockchains would “stick out like a sore thumb.”

“These systems don’t offer a realistic way to hide anything significant,” he says.

Yet this is a rapidly evolving space. The Kremlin is developing a digital ruble that could be used for transactions with other countries or entities, without converting it to dollars or other hard currencies. And new “anonymity-enhanced” cryptos (AECs) are emerging that may be used by sanctioned entities to hide financial flows and avoid big trades on exchanges, according to an article in the National Law Review.

Chainalysis, for one, stands to benefit from the game—it sells software to help “investigate cybersecurity breaches, stolen funds, and other complex cases.” Firms like Elliptic, focused on compliance software and services, also stand to gain from heightened scrutiny of crypto transactions.

If there’s one winner in all this, it may be companies trying to catch crypto criminals.

At the tender age of 27, Yunfan “Chandler” Song is living the dream. The UC Berkeley grad…