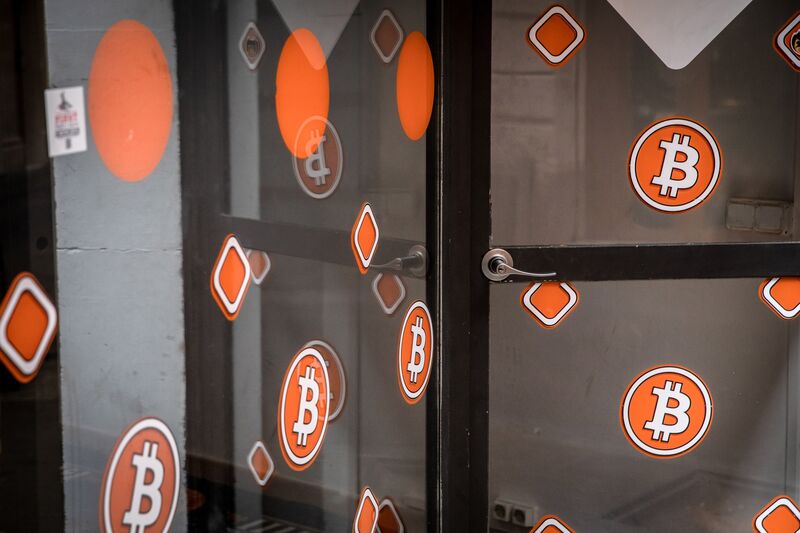 Cryptocurrency leaders are spending money to wield influence in Washington as focus on their industry skyrockets, but they don’t seem to be using their own product to do it.

Industry insiders gave $7.3 million to political campaigns and committees in 2021 through the end of January, but almost all of that money came in old-fashioned dollars.

The disparity highlights the challenges cryptocurrencies face as they move into more mainstream parts of the economy. Only $580,000 worth of cryptocurrency was donated to political committees in the current election cycle, according to a Bloomberg analysis of Federal Election Commission records, with a handful of super PAC donations making up most of the total. Not all of those contributions were from crypto industry donors.

Ultimately, it is difficult to track how much crypto is being spent in politics. Some committees that received crypto contributions didn’t follow FEC guidance in reporting them and groups that study money in politics don’t track them.

“Donations made with cryptocurrency are very difficult to identify in campaign finance data,” said Sarah Bryner, director of research and strategy at OpenSecrets, which studies money in politics.

Top recipients of political donations made in cryptocurrencies

One reason crypto isn’t being widely used to donate to campaigns is the way the FEC regulates it. While crypto donations have been allowed since 2014, the reporting is complex and campaigns and committees have to convert the assets to dollars before spending the money, incurring a processing fee.

FEC rules also require far more record keeping and disclosure for contributions in cryptocurrencies. And the online platforms serving Democrats and Republicans, ActBlue and WinRed, don’t even accept them.

“There’s a lot of administrative hassles in doing it,” said Bill Powers, a partner practicing political law at Nossaman LLP.

Conversely, reporting contributions in dollars — whether made by check, credit card, or cash — is much more straightforward.

It is unclear if the rules on using crypto in politics will be simplified anytime soon.

In an executive order signed last week, the White House called on agencies across the government to coordinate what’s thus far been a scatter-shot approach to the asset class. However, it falls short of providing clear direction on regulation.

“Crypto is becoming more commonplace, and as the campaign season heats up with outside groups making big ad buys, we’re going to see the use of cryptocurrency to make political contributions intensify,” Powers said.

Some big crypto donations have started to roll in. GMI PAC Inc., a new super PAC that says it will back candidates who are friendly to the industry, reported receiving $350,000 worth of cryptocurrencies from mid-December to mid-January, according to its filings with the FEC. That included a donation in cryptocurrency worth nearly $200,000 from Vance Spencer, a venture capitalist whose firm invests in blockchain technologies.

But the super PAC raised much more — $4.8 million — in dollars. Samuel Bankman-Fried, founder and chief executive officer of the crypto derivatives exchange FTX, gave $2 million — none of it in crypto.

And not much of the crypto that is being donated for political purposes is going directly to campaigns. The top recipient of cryptocurrency so far is Republican Blake Masters, the Peter Thiel protege and Republican Arizona Senate candidate. Masters raised the equivalent of $166,000 in crypto, paying Coinbase Global Inc. $1,133 to convert much of that amount to cash.

Democratic Senator Ron Wyden of Oregon, who’s been a supporter of the crypto industry, raised about $30,000 worth of digital currencies. Like Masters, he used Coinbase to convert the donations to dollars he could spend.