Coinbase for Beginners: A Complete Guide to Buying & Selling Crypto 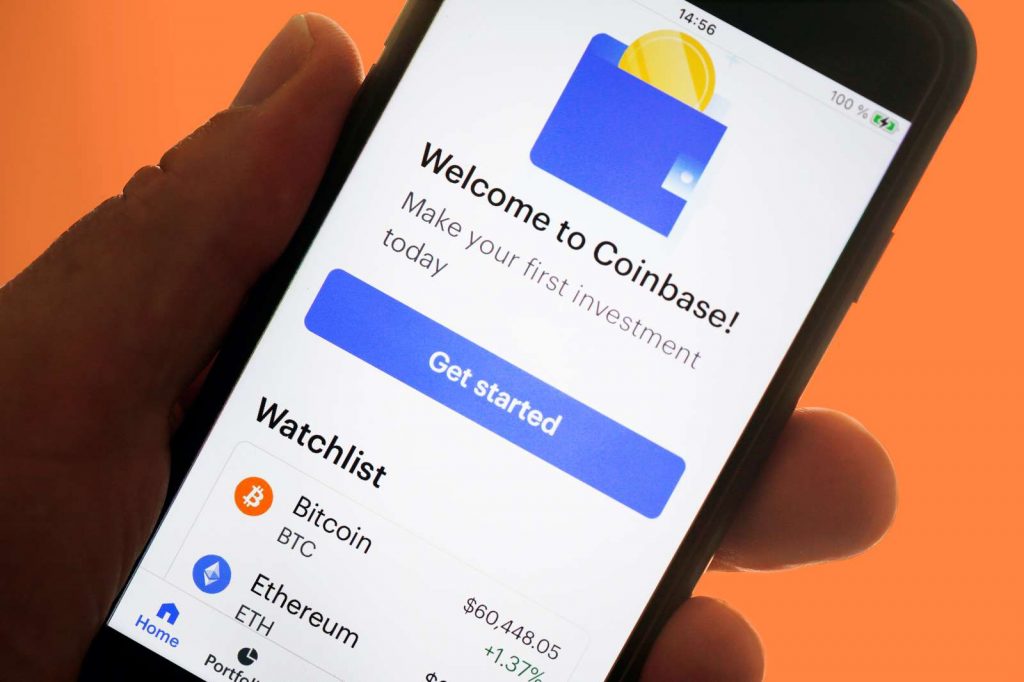 If you’re looking to start trading cryptocurrency you’ve likely come across Coinbase. One of the largest cryptocurrency exchanges in the U.S., Coinbase is a place to buy, sell and hold digital currencies like Bitcoin and Ethereum.

Now that cryptocurrency is going more mainstream, there are several ways to buy and sell coins on your own, whether it be via Venmo, Cash App or a trading app like Robinhood. But Coinbase is a popular option, touting 73 million verified users. The company made its public debut in April of 2021, which many saw as a vote of confidence for digital currencies as a whole.

Here’s everything you need to know about trading cryptocurrency on Coinbase.

Coinbase is a trading platform that allows users to buy, sell and store more than 30 different digital currencies. Coinbase is more geared towards beginners while Coinbase Pro, the premium service, is for avid and experienced traders who make high volume transactions and want more trading options.

Investing on apps like Robinhood has boomed in recently. Cryptocurrency is no exception, and Coinbase is reaping the benefits. The company’s estimated revenue hit $1.31 billion in the third quarter of of 2021. Coinbase is now available in more than 100 countries.

The platform is pretty straightforward. Like many trading apps, users can see their balance and a watchlist, which allows them to track the prices of different kinds of cryptocurrencies. Traders can also check which cryptocurrencies are the biggest movers. The company is also introducing Coinbase Card, a Visa debit card that users can use to earn rewards for spending the assets in their portfolio.

In September, Coinbase announced a new direct deposit option that will allow users to have their paychecks directly deposited to Coinbase and their pay automatically deposited as Bitcoin or another cryptocurrency.

Coinbase charges a fee for trading via the platform (unlike apps like Robinhood, which touts “free trading”).

The fees differ for trading on Coinbase and Coinbase Pro, and those for Coinbase can be higher and more complicated. Coinbase charges what’s called a spread of about 0.50% when you buy or sell cryptocurrencies, as well as a Coinbase Fee, which is a flat fee or determined by factors like where you’re based and what type of payment you’re using.

But if the customer wanted to pay with a debit card, the variable fee would jump to $3.99, so that’s what they would pay (in addition to the spread).

Coinbase doesn’t charge users to hold their assets in a digital wallet or to transfer cryptocurrency from one wallet to another within the Coinbase network, like from Coinbase to Coinbase Pro. But Coinbase’s fee can definitely chip away at your winnings, especially if you’re not using Coinbase Pro.

Opening a Coinbase account is pretty straightforward. You’ll need a government-issued photo ID, as well as information like your phone number and the last four digits of your Social Security number. Also be ready to answer questions about what you’ll use the platform for.

Before you begin trading, you’ll need to attach a payment method to your Coinbase account. In the U.S., you can use a bank account, debit card, wire transfer or PayPal account (you can’t currently sell digital currency using a PayPal account, but you can make withdrawals).

Once you have your digital wallet set up, you’re ready to trade. Coinbase doesn’t offer trading for all cryptocurrencies, but the exchange does regularly add new coins.

Is It a good time to invest in cryptocurrency?

Cryptocurrencies have been in the headlines after a number recently hit record price highs. In November, Bitcoin hit a record high of above $68,000, more than double what the price had been in July.

Meanwhile, Ethereum — the second largest cryptocurrency by market value after Bitcoin — also hit a new high in November at around $4,800. Altcoins, cryptocurrencies that aren’t Bitcoin, are grabbing attention too.

Of course, as an investor all this should give you pause. Your goal should always be to buy low and sell high. And while no one knows where cryptocurrency prices are headed next, recent record prices make it that much harder for investors who buy in today to reap future profits.

How to buy and sell cryptocurrency with Coinbase

Bitcoin, Ethereum, Litecoin and Bitcoin Cash — the four types of cryptocurrency available for PayPal customers to buy and sell — are among the safest, Hanna Halaburda, an associate professor at NYU Stern School of Business, previously told Money.

Since they’re among the most popular and expensive cryptocurrencies, there is more computational power put into maintaining their blockchain, the technology behind cryptocurrencies, making them more expensive for hackers to attack. They have also been around for years, so if there was a bug, we would likely know about it, she adds.

For most investors, buying a bitcoin which has had a price as high as nearly $67,000 per coin likely isn’t an option. Ethereum costs more than $4,000 per coin and even Litecoin, at over $200, may be more than you want to spend.

But Coinbase allows users to buy a small fraction of a coin. It’s common for investing apps like Robinhood to allow traders to buy fractional shares — like investing $25 in Amazon instead of the more than $3,000 you would need to buy a full share. With Coinbase, traders can buy or sell as little as $2 worth of digital currency.

But that doesn’t mean there are no concerns in general. Cryptocurrencies have proven to be volatile — just look at the recent surge in Dogecoin’s price, or how Bitcoin was at a record high in December 2017 before plunging 50% the next month.

The digital currencies also aren’t regulated in the same way as other assets. Before a company sells its stock to the public, it needs to go through strict scrutiny by the Securities and Exchange Commission.

Before an investment advisor can recommend that stock, they need to be confident it’s in the investor’s best interest. There are a lot of protections for investors that you don’t have with crypto, says James Angel, a finance professor at Georgetown University.

Plus, cryptocurrencies don’t actually have any intrinsic value, so the speculative asset is completely at the whim of the value the market attributes to it. All this to say, only invest as much as you’re willing to lose.

“Any person who goes in should basically be well aware that they’re playing a game of financial musical chairs,” Angel says.

Is it safe to buy and sell cryptocurrency with Coinbase?

To buy and sell cryptocurrency, you’ll need a digital wallet where you’ll hold your currency between transactions. Unlike a regular wallet, a digital wallet has an added concern: is the wallet safe from hackers?

There are a few options, each with their own security measures.

If you don’t want to worry about keeping cryptocurrency separate from the Coinbase app, you can use what is called a hosted wallet. This wallet is held for you by a third party — in this case, Coinbase — which means you don’t have to worry about forgetting your password doesn’t mean losing all your cryptocurrency. (That’s a real concern: some crypto investors have lost millions of dollars because they can’t remember how to get into their wallets.)

Cryptocurrency isn’t insured by the Federal Deposit Insurance Corporation (FDIC) or the Securities Investor Protection Corporation, like your bank account or investment portfolio. But Coinbase says that it insures all digital currency against theft from a security breach or hack, employee theft or fraudulent transfer, but not unauthorized access to your account.

The company also says that it keeps 98% or more of its customers’ digital currency offline. A dollar balance of up to $250,000 is FDIC-insured for both Coinbase and Coinbase Pro.

But having more control means you can participate in more advanced activities, like yield farming, which allows the cryptocurrency owner to lend out their assets to generate higher returns. Coinbase customers can choose to download the Coinbase Wallet, separate from the app, which is a non-custodial wallet.

If you want security from even your computer being hacked, you can go for a cold wallet — also called a hardware wallet — which is physical device like a USB that’s not connected to the internet. They can be pricey; the Ledger Nano X is $119 and the Trezor Model T is $195 as of this writing.

-Read the full article an Money

The Rise of the Crypto Mayors