Bitcoin Stuck in Tightest Trading Range Since 2020 as Markets Gyrate 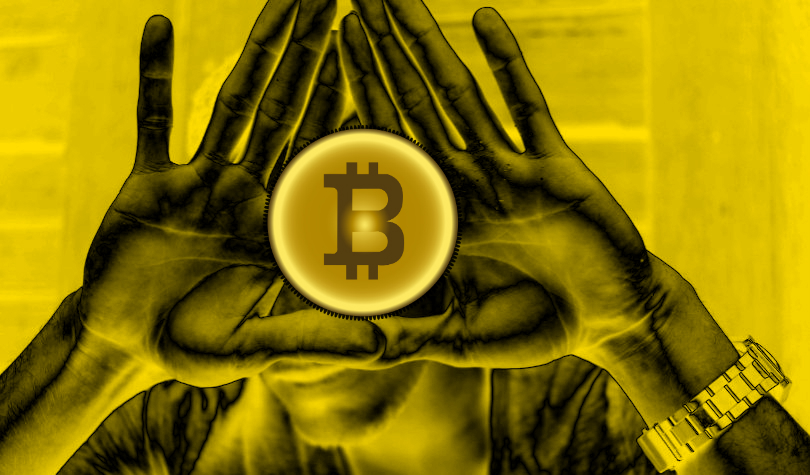 Global stock markets have whipsawed investors in recent weeks amid the war in Ukraine and spiraling commodities prices. Yet Bitcoin, which typically is no stranger to wild moves, has been locked in its narrowest trading range in more than a year.

The world’s largest cryptocurrency has been trading within 10% of a key trendline — its average price over the past 50 days — for 40 straight sessions. That’s the longest stretch of range trading since October 2020, according to data compiled by Bloomberg.

The tepid movements haven’t gone unnoticed by market watchers, who cite data showing long-term holders have been wading in whenever prices fall. They’re being offset by short-term investors — who are looking to recoup initial investments — selling during any rallies. Overall, it’s resulted in Bitcoin staying glued to a narrow trading range, with the digital token unable to surpass highs set in January.

“It’s been stuck now since the beginning of the year,” said Fiona Cincotta, senior financial markets analyst at City Index. “It’s that battle between two generations — between the buyers and the sellers — is what’s keeping it pretty much at these levels,” she said, citing the $38,000 to $45,000 range.

Cryptocurrencies have been beset by the same forces that have dented other risk assets this year, including U.S. stocks. Investors are worried about an economic slowdown amid rising commodities prices due to the war in Ukraine. Tech stocks have lost roughly 20% in value from recent highs and some of the hardest-hit sectors have included speculative investments, including newly public firms.

Bitcoin, which emerged during the depths of the global financial crisis more than a decade ago, has long been touted as an alternative asset that could serve useful during inflationary periods, geopolitical conflicts and more. It’s not beholden to any government, the argument goes, and can therefore be thought of as a safe haven during times of turmoil.

That’s also why digital assets have come under renewed scrutiny since the war in Ukraine has broken out. Some analysts are warning that digital coins could potentially be used by sanctioned individuals to skirt restrictions.

Though some market-watchers have said it’d be difficult to use crypto to avoid sanctions, others have flagged suspicious activities, with Bloomberg News reporting this week that crypto-forensics firm Elliptic said it had passed on such info to authorities.

James Malcolm, head of foreign exchange and crypto research at UBS AG, says he estimates Bitcoin attracted roughly $20 billion in inflows as Russian sanctions started to hit. He cites on-chain data showing addressed holding between 1,000 to 10,000 Bitcoin saw a dramatic spike shortly after some of the first restrictions were announced.

Bitcoin on Tuesday hovered around $38,840 during morning trading in New York. The coin’s 50-day moving average has been stuck below its long-term, 200-day line since mid-January. That development is sometimes thought of as being bearish.

Ryan Nauman, market strategist at Zephyr, says Bitcoin’s not living up to its inflationary-hedge trait, and it being stuck in a narrow range shows it’s being used as a speculative asset.

“Investors are still trading it short-term in this range and it can’t really bust out,” he said by phone. “It makes me more skeptical of its long-term viability as an inflation hedge and whether it’s a competitor to the U.S. dollar as a reserve currency.”

6 things you need to know before trading Bitcoin and cryptocurrency

As the crypto market goes mainstream, there’s a group of users that has now placed…

The buzz in Saint-André: An inside look at bitcoin mining in rural New Brunswick