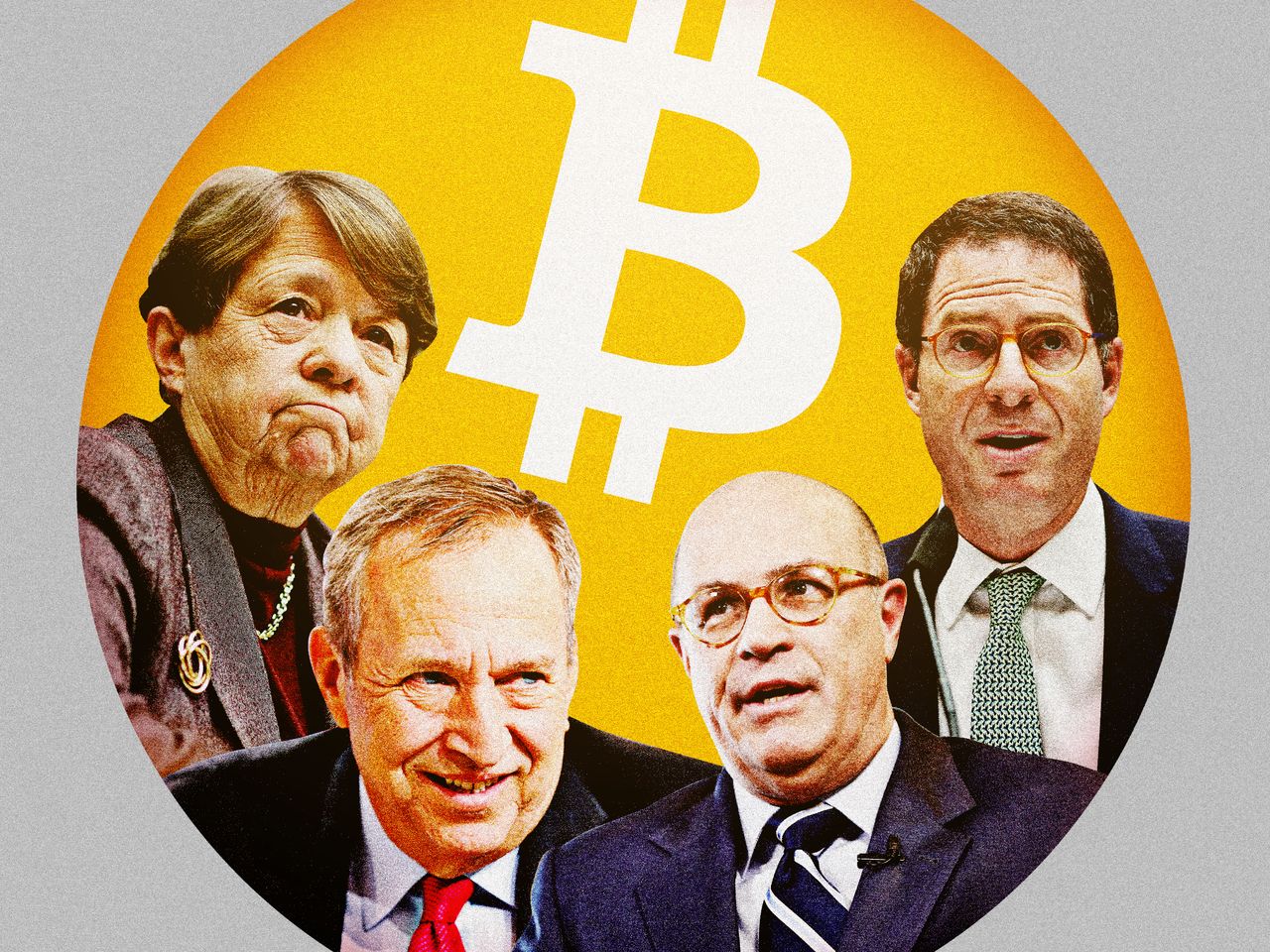 The cryptocurrency industry has staked out a spot at Washington’s revolving door, hiring scores of former government officials and regulators as it seeks to shape policies to govern the largely unregulated market.

The Tech Transparency Project, a watchdog group, has identified more than 200 former staffers of federal agencies, congressional offices and national political campaigns who have worked in crypto. They’ve gone to companies such as Coinbase, Circle and FTX, venture-capital funds such as Andreessen Horowitz, law firms representing cryptocurrency clients, and crypto-focused trade associations.

The push comes as regulators are scrambling to craft rules to protect investors in the cryptocurrency market and safeguard against illicit activity or financial instability. President Biden on Wednesday signed an executive order tasking federal agencies with a broad review of cryptocurrencies.

“You just don’t normally have industries this new accumulate this much hard and soft power in Washington,” said Jeff Hauser, executive director of the Revolving Door Project, a progressive group. He noted that lobbying activity and political spending by crypto firms have surged alongside the recruiting of former government officials.

The hires span a variety of roles and include alumni of both Republican and Democratic administrations. Industry representatives say former government officials can help companies comply with the law and understand regulatory expectations.

Former Treasury Secretary Lawrence Summers advises crypto investment firm Digital Currency Group Inc. and sits on the board of Block Inc. , a financial-technology firm that is investing in cryptocurrency-payments systems.

Former acting Comptroller of the Currency Brian Brooks, meanwhile, is chief executive officer of bitcoin-mining firm Bitfury Group, and briefly worked as CEO of Binance.US, an American affiliate of the giant global exchange.

Total compensation packages for former officials in the cryptocurrency industry can reach into seven figures, a person familiar with several hiring arrangements said, while regulators top off around $250,000. Former officials who go to cryptocurrency-focused companies or investment funds can also negotiate potentially valuable long-term incentives, such as stock options or a slice of profits known as carried interest.

The first was a realization in the industry following the 2020 election that cryptocurrencies probably wouldn’t remain unregulated forever. While the Trump administration included a number of outspoken cryptocurrency supporters, most senior Biden administration officials have expressed skepticism of the asset class.

The second was a provision in last year’s bipartisan infrastructure package requiring cryptocurrency brokers to file tax forms to the Internal Revenue Service. The cryptocurrency industry said the provision was too broad, but failed to get it struck from the bill.

“That was sort of the watershed for realizing, ‘My gosh, we need these people,’” said Julian Ha, a Washington-based partner at executive-search firm Heidrick & Struggles who recruits on behalf of cryptocurrency firms, among others.

Last year’s surge in the value of digital tokens gave the cryptocurrency industry the money to compete for talent in Washington. The total cryptocurrency market was recently valued around $1.73 trillion, up from $200 billion two years ago, according to CoinMarketCap.

Industries and their lobbying firms have long recruited former government officials to help shape policy. What’s unique about cryptocurrency is that the basic rules of the road are unwritten. Existing financial regulations, if applied to crypto markets, could add heavy costs for companies that today are highly profitable. The industry, meanwhile, is pushing for new rules that would be more tailored and easier for it to comply with.

“A lot of the time we’re talking about how industries are spending all this money on political influence, and they’re getting a huge return from tweaking some little regulation,” said Dan Auble, a lobbying expert at OpenSecrets, a group that tracks money in politics. “But this is really a situation where what the government does in the next few years could make or break the industry.”

In Washington, the industry is feuding with the SEC and lobbying Congress to write new laws that it says would better fit how its technology works. A roster of experienced former regulators can add credibility, in the eyes of some policy makers, to firms that often depict traditional finance as stodgy and elitist.

Former New York-based SEC litigator Dugan Bliss quit the agency in May 2021 to join BlockFi, a cryptocurrency company that allowed users to earn a yield by lending their bitcoin or similar tokens. BlockFi agreed last month to pay $100 million to the SEC and several states to settle claims that its interest-bearing accounts violated investor-protection laws. Mr. Bliss didn’t work on the BlockFi investigation when he was at the SEC, a company spokeswoman said.

Mr. Bliss had been part of a team of SEC lawyers working on its court battle with crypto firm Ripple and two of its most senior executives. The SEC argued in a December 2020 lawsuit that Ripple raised almost $1.4 billion by selling its digital coin, XRP, in violation of investor-protection rules, while its co-founder and chief executive officer reaped hundreds of millions of dollars in trading gains.

Ripple counters that XRP is used for international payments and isn’t an investment to be overseen by the agency.

Ms. White is representing Ripple against the SEC. Andrew Ceresney, who was her enforcement director, is also on the defense team. In an April court filing, the SEC claimed that Ms. White’s and Mr. Ceresney’s legal strategy involved a bid to “harass” the SEC with evidentiary requests that the two litigators knew were irrelevant because they had worked at the SEC.

A federal magistrate judge in January said Ripple and its executives were entitled to some SEC records, but allowed the agency to keep most under wraps.

Christopher Giancarlo, who stepped down as CFTC chairman in 2019, argued in a June 2020 article that XRP should not be under SEC oversight. His law firm had represented Ripple, and Mr. Giancarlo relied on information provided by Ripple to write the article. In an interview, he declined to say whether he knew that Ripple was under SEC investigation at the time the article was published.

Mr. Giancarlo ran the CFTC when the agency approved bitcoin futures contracts, a move he said brought cryptocurrency “into the regulated sphere.” Since then, he has helped companies because he believes the technology underpinning cryptocurrencies will change how finance works for the better.

“So my shingle is out,” he said. “I am advising companies how to stay on the right side of the law, but also how I believe the law will evolve.”