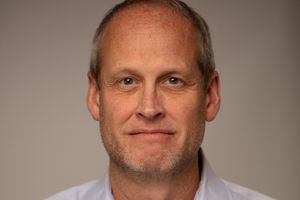 Celsius Network LLC, a cryptocurrency lender, has hired the former finance chief of the Royal Bank of Canada to become its new chief financial officer.

Mr. Bolger succeeds interim CFO Roni Cohen-Pavon, who stepped in after the previous finance chief, Yaron Shalem, was named in Israel as part of a police investigation into money laundering.

Mr. Shalem had been CFO for 10 months, according to his LinkedIn profile. Celsius suspended him in November and said that no company assets were misplaced or mishandled. The company declined to comment beyond its earlier statement.

Celsius holds more than $20 billion worth of cryptocurrencies, including bitcoin. Though it is not a bank, the company emulates many of the services offered by traditional financial firms. Celsius accepts crypto deposits, allows people to borrow U.S. dollars against their holdings and offers returns to depositors as high as 17.85%, depending on the currency.

It is part of the decentralized finance industry, or DeFi, where companies offer financial services on public blockchains.

Celsius has also invested in cryptocurrency miners, including Rhodium Enterprises Inc. and Luxor Technology Corp., in a bid to diversify its revenue sources.

The privately held company raised $750 million in a Series B funding round in November from investors including San Francisco-based investor WestCap Group LLC and Caisse de dépôt et placement du Québec, one of Canada’s largest pension funds, giving it a valuation of $3.5 billion.

Mr. Bolger will be tasked with shepherding the crypto lender through its next phase of growth, said Celsius Chief Executive Alex Mashinsky.

“His seasoned experience as the CFO at one of the world’s largest banks will be pivotal to our commitment to remain compliant with new regulations as we scale, and furthers our commitment to our customers in providing a world-class experience on our platform,” Mr. Mashinsky said in a statement.

Mr. Bolger is the latest executive that Mr. Mashinsky has hired to bolster Celsius’ ranks. The company appointed a new chief operating officer and a chief investment officer in January, looking to build out the company’s infrastructure, governance and management practices.

Mr. Bolger said he joined the company because he is interested in how quickly technology and services in financial services have been developing, and wants to help provide a governance and financial framework for services that have yet to be fully integrated into the financial system by regulators.

Celsius plans to eventually go public, said Mr. Bolger. Meanwhile, he expects the learning curve to be steep, though rooted in familiar ideas, he said.

Caisse declined to comment on the hire, and WestCap didn’t immediately respond to a request for comment.

The Bank of Spain seeks intense surveillance of the crypto market

This Was the Year When Finance Jumped the Doge