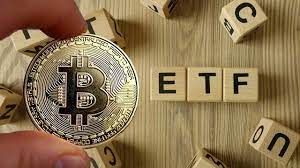 The ongoing Russian-Ukraine war has sparked huge discussions amongst market enthusiasts over whether cryptocurrencies are a safe-haven asset. Yes, you read it right. The rally of more than 22% in major crypto coins like bitcoin and Ethereum in the last seven days has aided the narrative.

The world’s largest cryptocurrency, bitcoin, has decoupled from traditional markets and risk-on assets amid the Russia-Ukraine conflict. This has particularly supported the idea of looking at the digital currency as the best safe-haven asset as well as a store of value.

Moscow has begun attacking Ukraine and has strained its relationships with the West. Ukrainian capital, Kyiv, is being attacked, and blasts have been reported. In response to Russia’s move, the United States, European Union, Australia, Japan, Taiwan, Canada and other Western allies have announced stricter sanctions on Russia.

The European Union has informed about imposing sanctions against more than two dozen Russians, including President Vladimir Putin’s press secretary (per a CNBC article). These sanctions have been imposed aiming the oil oligarchs, Kremlin officials, propagandists, military figures and bankers that play influential roles in supporting Moscow’s economy.

Heavy sanctions have resulted in huge pressure on the Russian fiat currency, the ruble, presently with the exchange rate of $1 = 110.74 ruble, as against 77 ruble on Feb 20. The significant devaluation of the ruble has compelled people in Russia to store and move money in decentralized cryptocurrencies to safeguard them from further erosion of wealth. Amid the changing market dynamics, bitcoin’s market cap has surpassed the ruble.

Ukraine, which grabbed the fourth position in the blockchain data platform Chainalysis’ 2021 Global Crypto Adoption Index, has been collecting donations for support during the war in the form of bitcoin, ethereum and tether.

In fact, Ukraine’s Vice-Prime Minister Mykhailo Fedorov tweeted the wallet addresses for donations amid the Moscow attack. $43 million in digital currency is being believed to be already donated to Ukraine’s government and non-governmental organizations since the beginning of the Russian invasion (per blockchain analysis firm Elliptic).

Kuna, a crypto exchange, witnessed a daily trading volume surge of more than treble to 150 million hryvnias ($5 million) in Ukraine.

According to The Guardian report, bitcoin is generally seen as an alternative to the traditional safe-haven investment — gold. Some analysts also expect to see tough competition between both assets in the near future. According to market pundits, growing retail interest in bitcoin may soon be observed as a form of digital gold.

Commenting on the idea, Stéphane Ouellette, chief executive of FRNT Financial Inc., has also mentioned that bitcoin “has gold-like properties in that if you hold it you directly control the assets as opposed to governments and banks being in between.

In a period where banking is destabilized in a region, which is obviously happening in Europe right now, it would make sense to see some flows into BTC as people diversify away from the banking system,” per a Bloomberg article.

Crypto enthusiasts see the Russia-Ukraine war as a game-changer for cryptocurrencies. During the ongoing war times, cryptocurrencies have acted as a store of value as well as allowed to conduct rapid and cost-efficient digital transactions. These distressed times have highlighted the shortcomings of the traditional financial system and cryptocurrencies role as a remedy to them.

In this regard, Paolo Ardoino, CTO of the crypto exchange BitFinex, commented to The Independent that “In these uncertain times, we have seen an uptick in the utility of bitcoin and other cryptocurrencies. It goes without saying the defining characteristics of Bitcoin allow it to act as a safe haven during turbulent times.”

Cryptocurrency ETFs That Are Gaining

Against this backdrop, let’s take a look at some cryptocurrency ETFs that have been rallying since Moscow’s invasion of Ukraine:

ProShares Bitcoin Strategy ETF BITO — up 16.7% over the past week

The VanEck Bitcoin Strategy ETF seeks capital appreciation by investing in bitcoin futures contracts. The Fund is actively managed and offers exposure to bitcoin-linked investments through an accessible exchange traded vehicle. XBTF has an AUM of $26.8 million with an expense ratio of 0.65%. VanEck Bitcoin Strategy ETF trades in average daily volume of about 34,000 shares.

Investors can also take a look at the blockchain ETF:

BLOK is an actively managed ETF that seeks to provide total return by investing at least 80% of its net assets in equity securities of companies actively involved in the development and utilization of blockchain technologies. The fund has amassed $998.2 million in assets and charges an expense ratio of 71 basis points. BLOK has an has an average daily trading volume of about 563,000 shares (read: 5 Popular ETF Investment Themes to Consider in 2022).

How Web3, NFTs, And DAOs Could Help Boost Climate Action