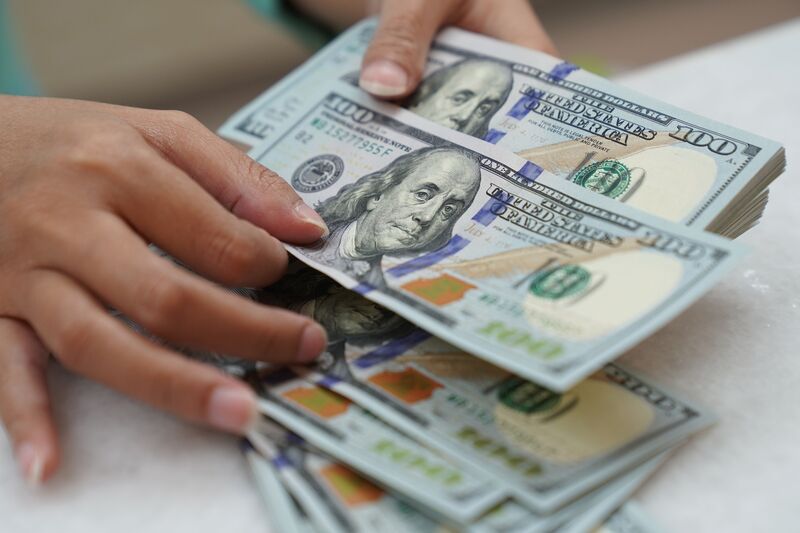 There is no alternative to the world’s reserve currency despite any concern or wishful thinking to the contrary.

If the last dozen years or so has taught us anything about markets and the economy, it’s that anything can happen, no matter how unlikely. The U.S. housing market was considered as solid an investment as there ever was because prices never fell nationally — until the subprime crisis came along.

The idea that the European Union would ever come close to breaking apart and taking the euro with it was unthinkable — until Greece defaulted. And everyone knew that inflation like that of the late 1970s was never coming back — until the pandemic snarled supply chains worldwide.

So it’s natural that a sort of cottage industry has sprung up in the last decade or so trying to anticipate the next so-called black swan event that could upend the global economy and markets. As my Bloomberg News colleagues Joe Weisenthal and Tracy Alloway do a good job of explaining, there is a growing concern that perhaps Russia’s invasion of Ukraine could mark the beginning of a turning point for the U.S. dollar — and not for the good.

The thinking is that the U.S. has “weaponized” the dollar through heavy financial sanctions imposed on Russia, including preventing that country’s central bank from accessing its foreign currency reserves.  “As such, it may make less and less sense for global reserve managers to hold dollars for safety, given that they could be taken away right when they’re most needed,” they write.

Make no mistake, any such move away from the dollar would have earth-shattering consequences. The dollar has been the world’s reserve currency since the U.S. and its allies agreed at the 1944 Bretton Woods conference to peg it to a rate of $35 per ounce of gold.

According to the International Monetary Fund, the dollar’s share of global reserves stands at 59%, far above the euro at 20.5%. After the euro, there’s a steep drop to the No. 3 slot, which is occupied by Japan’s yen at 5.83%.

As the world’s primary reserve currency, the U.S. enjoys the “exorbitant privilege” that goes along with that, such as interest rates that are lower than they might otherwise be and the government being able to fund budget deficits in perpetuity.

The dollar makes up a majority of global currency reserves, easily topping the euro, which is second

To consider how difficult it is to come up with a viable alternative to the dollar, consider China’s yuan. (The euro doesn’t count, given how close the European Union came to breaking up over its debt crisis a decade ago.

Plus, it’s more of a monetary union than a fiscal one.) The Asian nation, which has the world’s second-largest economy after the U.S., has spent a lot of time and effort over the past decade trying to make the yuan a viable alternative to the dollar.

And, yet, less than 3% of the world’s foreign-exchange reserves are denominated in yuan. On top of that, only about 3% of global transactions are conducted in yuan, compared with 40% for the dollar, according to SWIFT, the messaging service that facilitates the vast majority of money transfers globally.

The benefit to holding reserves in dollars is that U.S. markets are so much deeper and more liquid than any other. At $23 trillion, the U.S. Treasury market is more than double the size of Japan’s government bond market.

And even if you wanted to buy so-called JGBs, you probably couldn’t because the Bank of Japan owns a vast majority of them, so much so that no trading is done in the JGB market on some days. As for Europe, the U.K., France, Italian and German bond markets are all less than $3 trillion in size.

Foreign holdings of U.S. Treasuries have soared to $7.74 trillion from around $1 trillion at the start of the century, according to the U.S. Treasury Department.

And while America’s politics and brand of democracy can seem messy at times — especially lately — foreign investors do take comfort in the country’s strict adherence to the rule of law that draws capital from all around the world in good times and bad.

Although global foreign-direct investment flows surged 77% to an estimated $1.65 trillion in 2021, the U.S. experienced an even bigger jump of 114% to $323 billion, according to the United Nations Conference on Trade and Development.

The dollar’s share of global currency reserves has slowly eroded over the years, dropping from around 73% in 2001, but the current level is still up from the low of around 45% going back to the early 1960s.

And although the rise in cryptocurrencies offers bad actors another option to park their money out of the reach of regulators and other authorities, no country of consequence is going to attempt to park their reserves in Bitcoin.

But that’s the point. As FHN Financial economist Chris Low wrote in a research note to clients on Wednesday, as long as the world doesn’t suddenly see a string of bad actors “launch megalomaniacal attacks on their neighbors, they don’t really have to worry” about having their dollar assets frozen. “The sanctions on Russia are extraordinary because Russia’s misbehavior under (President Vladimir) Putin is extraordinary,” Low wrote.

Of course, nothing is forever, but it can sure seem like it in the foreign-exchange market. Before the dollar, the British pound was the world’s dominant currency, having held the crown throughout the 1800s until World War II. By that measure, the dollar has a long way to go before being toppled. The simple fact is, there is no alternative.

Two men suspected by Germany of assisting an Islamist gunman, who killed four people in…