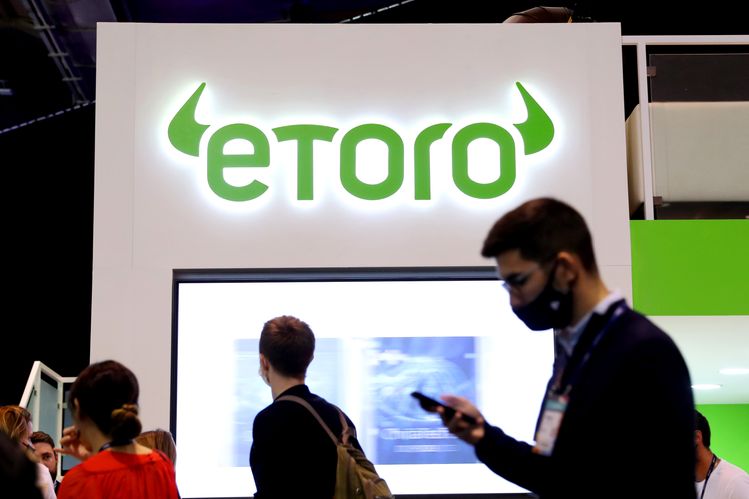 Disgruntled investors are speaking out against (Israel-headquartered) eToro’s decision to force liquidate the first of possibly multiple Russian equities offered on its platform.

eToro is a large brokerage firm with regulated operations in Europe, the United States, and a research center in Ukraine. It has 25 million users, 2.1 million funded accounts, and $10.6 billion of client assets under administration.

Clients were informed on Thursday that eToro will no longer list Magnit PJSC, the stock of a large food retail chain in Russia, in its platform citing “severe” liquidity concerns. eToro is deciding whether it will follow suit with nine other Russian such investments.

This decision was taken following the wide sanctions placed on the Russian economy and major divestments out of Russian securities from companies and investors such as the Norwegian sovereign wealth fund and BP and growing fears of dramatic losses in value.

Russian authorities have decided to keep the Moscow Stock Exchange (Moex) closed for the past week, making it difficult for the offshore securities of Russian-based stocks, such as those offered by eToro, to be priced accurately.

Today the London Stock Exchange (LSE) announced the suspension of fifty Russia-based companies and their shares and/or depository receipts – including Magnit, Etalon Group, and Sistema – in the London exchange citing “Russia’s unprovoked invasion of Ukraine.”

Clients holding Russian American depository receipts (ADRs) or global depository receipts (GDRs) are claiming that eToro’s move is illegal. Platform commentary and a Change.org petition signed by 336 individuals suggest that a considerable number of clients affected by the broker’ decision believe that eToro force closed these trades without their consent.

Left unsaid is also the understanding that these liquidations will come before the assets have any chance to recover.

Following liquidation of the Magnit PJSC securities, clients have received an eToro credit of $0.0124 per share. The asset’s value on the platform fell 99% from $15 three weeks ago.

While clients expect to be able to sell their assets whenever they want, eToro has the right to decide what it offers on its platform and when it lists/delists assets. The letter that eToro clients received ahead of the delisting of Magnit PJSC indicated:

“All of the instruments that we offer for trading and investing on our platform are subject to the conditions in the underlying markets that they are based on. In addition, we ‘may’ limit the ability to invest in any instrument on our platform based on our internal risk management considerations. This may include, but is not limited to, closing positions in certain instruments.”

It would appear that what we are witnessing today is eToro exercising that right even if it forces clients to go from having a floating loss on those investments to having an actual loss on them.