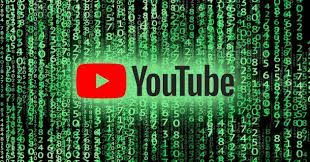 With each passing crypto scam, hackers are making more audacious moves in their attempt to defraud unsuspecting individuals off their funds.

The latest move made by these fraudsters was an attack carried out against crypto influencers on YouTube where they posted unauthorized videos with captions asking viewers to send crypto.

According to available information, the hacked accounts include BitBoy Crypto, Floyd Mayweather, Box Mining, Ivan on Tech, and Altcoin Buzz. Other affected accounts belonged to CoinMarketCap, Crypto Banter, and others.

The circulated video asked viewers to send USDT, Binance Coin, USDC, and Ethereum in exchange for a crypto asset, OWYC. The hacker’s wallet, which is a Binance Smart Chain wallet, as of press time, had recorded nine transactions and was worth less than $1000.

One of the affected creators, Michael Gu, stated that YouTube might be responsible for the hack. The crypto influencer who runs the Box Mining YouTube channel claimed that he didn’t discover any issue after performing an internal virus sweep.

He further tweeted that he uses 2-factor authentication, which means whoever hacked the account did so through the platform.

A Reddit user named 9Oh8m8 suggested that the hackers might have perpetrated the scam using a SIM Swap technique.

A SIM swap hack usually involves stealing the victim’s phone or sim, which is then used to access messages or calls used for 2FA.

But Gu disagrees with this. He stated there were no logins on his Google account.

He pointed out that features of a SIM swap scam, such as losing access to his phone, didn’t happen. Going further, he stated that the only noticeable thing was that the account had a login from the Philippines.

Richard Heart, a popular crypto YouTuber, revealed that his channel was banned while he was in the middle of a livestream, saying that it might be connected to “the other YouTubers that were hacked at the same time today.”

These hacks follow the trend of crypto criminals who use YouTube to scam their victims. In this case, the criminals tend to impersonate famous people to perpetrate their frauds.

This article was originally posted on FX Empire

Why Was There an $11.7 Million Gold Cube in Central Park? Crypto, Of Course

For one day only, a solid gold cube weighing over 400 pounds was on display…