Inside the Bitcoin Laundering Case That Confounded the Internet 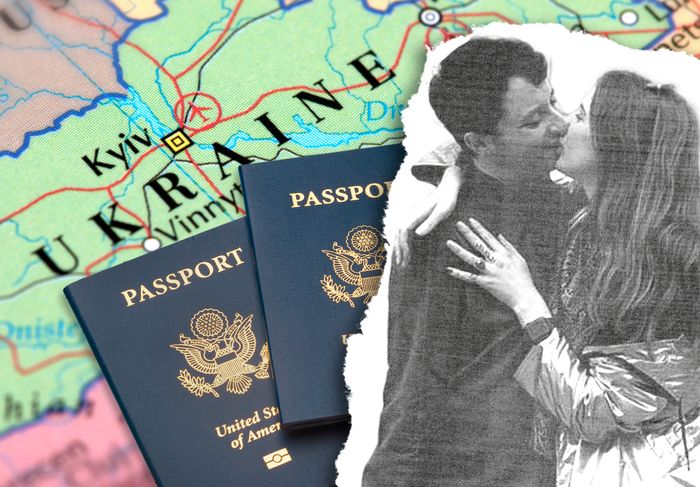 The arrests of Ilya Lichtenstein and Heather Morgan left the world of cryptocurrency incredulous: Could this goofy young couple have been Bitcoin’s Bonnie and Clyde?

When anonymous hackers infiltrated the cryptocurrency exchange Bitfinex in 2016, it shook the nascent world of digital currency and prompted speculation about who might have stolen what was then $71 million in Bitcoin.

But unlike traditional financial transactions, Bitcoin trades are publicly visible — moving the coins risked revealing who was behind the heist. And so for six years, as the value of Bitcoin soared, the loot sat in plain sight online as tiny fractions of the giant sum occasionally disappeared in a blizzard of complex transactions.

It was as if a robber’s getaway car was permanently parked outside the bank, locked tight, money still inside.

And then, this month, the car sped off.

In the strange and sometimes shadowy world of cryptocurrency, it was as if the earth shook. In the years since the Bitfinex hacking, crypto had exploded into the mainstream, and the theft had become notorious: a bounty worth over $4 billion. At last, it seemed, the hackers had emerged from hiding.

But it was not the hackers who had moved the stolen Bitcoin — it was the government, which had seized it as part of an investigation into two New York City entrepreneurs: one a little-known Russian émigré and tech investor; the other, his wife, an American businesswoman and would-be social media influencer with an alter ego as a satirical rapper named Razzlekhan.

Charged with conspiring to launder billions of dollars in Bitcoin, the couple, Ilya Lichtenstein, 34, and Heather Morgan, 31, were accused of siphoning off chunks of the purloined currency and trying to hide it in a complex network of digital wallets and internet personas. If convicted of that and a second conspiracy count, they could face up to 25 years in prison.

The arrests shocked some acquaintances of the couple, whose goofy online lives appeared at odds with prosecutors’ description of them as sophisticated criminals with stacks of foreign currency, multiple fake identities and dozens of encrypted devices stashed in their Manhattan apartment.

As they awaited a Monday court hearing in Washington on whether they should be freed on bail, Mr. Lichtenstein and Ms. Morgan remained the subject of a confounding question: Could they really be at the center of one of cryptocurrency’s enduring mysteries?

The charges were a watershed in the evolving regulation of digital currency and, to some, a step forward in the government’s ability to trace its illegal laundering.

“The crypto space has always been seen as like a safe haven for criminals,” said Christopher Tarbell, a former F.B.I. special agent who helped lead the investigation into the Silk Road online marketplace for illegal drugs and other illicit goods.

“We’re now seeing that law enforcement has the knowledge, tools and skills to provide some accountability in what was the new wild, wild west of cybercrime,” Mr. Tarbell said.

Officials have not said whether they believe Mr. Lichtenstein and Ms. Morgan were directly involved in the Bitfinex breach. But their arrests laid bare the murky fringes of crypto culture, where the line between sophisticated virtual finance ventures and infantile online gags is razor thin and constantly shifting.

Sandra Ro, who leads the Global Blockchain Business Council, an industry association that advocates for the adoption of cryptocurrency markets, said the arrests “play into the narrative that the crypto community is populated by dubious and fringe characters, which is not the case.”.

“There are adults in the room,” Ms. Ro said, “who are building real products and services to grow a multitrillion-dollar industry responsibly.”

For many who follow the industry, Mr. Lichtenstein and Ms. Morgan came off as familiar characters in a realm where fortune favored the boldest investors, the flashiest personalities got rich fast and a single, obtuse tweet could rattle entire markets.

Almost immediately after the arrests, the hyperactive community that discusses cryptocurrency on social media and message boards began to pore over Ms. Morgan’s bizarre digital trail. Her videos — little-watched before she was charged — were suddenly being shared widely.

In one, apparently recorded at brunch, Ms. Morgan marvels at the size of her plate of pancakes, sneers, sticks out her tongue and wags her fingers before announcing that she is offering a commentary about consumerism and social media’s superficial nature.

The Bitfinex hacking was the stuff of legend, but Mr. Lichtenstein and Ms. Morgan hardly appeared to be suave, or subtle, digital cat burglars — or the tip of a grand conspiracy.

Sharing the pancake video, one typically irreverent Twitter account that comments on cutting-edge financial markets in an all-caps parody of the Incredible Hulk captured a widely expressed reaction to the revelation: “OK. THE HACKERS ARE NOT CIA. THEY ARE IDIOTS.”

Ms. Morgan was a regular contributor to Forbes and Inc., writing columns that advised her fellow entrepreneurs on how to protect their digital currency, and recommending rapping as a form of self-care, as she did through her alter-ego, Razzlekhan (Genghis Khan, but with more pizazz, her website says).

Those who know Ms. Morgan said her social media stunts were part of an elaborate act to confront social pressures.Sign up for the New York Today Newsletter  Each morning, get the latest on New York businesses, arts, sports, dining, style and more. Get it sent to your inbox.

“She works to free herself from a lot of the scripts that are embedded in our society,” said Morgan Brittni Sonnenfeld, who said she is Ms. Morgan’s cousin. “I admire her for that, she has a lot of strength.” Ms. Sonnenfeld acknowledged that news coverage of Ms. Morgan had made her “sound a bit crazy,” and she wondered whether Ms. Morgan’s persona may have drawn the authorities to her.

“I wonder, why do they want people looking at her? Who are we not looking at? Why are they choosing this specific person?” Ms. Sonnenfeld said.

The arrests also surprised Ms. Morgan’s friends, who described her as a disarmingly honest colleague in an industry defined by cutthroat competition.

“It is very jarring to think someone so open and vulnerable with people would have secrets,” one friend, Nora Poggi, said. “She is someone I care a lot about.”

In court records, the Justice Department describes the trail that it says led investigators to Mr. Lichtenstein and Ms. Morgan.

In January 2017, five months after hackers hit Bitfinex, a portion of what they stole was moved in small complex transactions into accounts that the couple controlled, according to a criminal complaint filed in federal court in Washington.

“This shuffling, which created a voluminous number of transactions, appeared to be designed to conceal the path of the stolen” Bitcoin, the complaint says.

Anirudh Bansal, the couple’s lawyer, declined a request for comment. But in court papers, he has made it clear that he believes the government’s case is weak and relies on “unsupported, conclusory leaps.”

Beyond Ms. Morgan’s highly public persona, little is known about the couple. They have been together for seven years and married for three, Mr. Bansal told a federal magistrate judge in Manhattan on Tuesday during arguments over whether the couple should be released on bail.

In saying that his clients were not a risk to flee, Mr. Bansal offered some personal details about them.

Mr. Lichtenstein, Mr. Bansal said, came to the United States from Russia when he was 6. His father works for the housing authority of Cook County, Ill., and his mother is a biochemist at Northwestern University.

Ms. Morgan, who was born in Oregon, runs a consulting firm that employs up to 30 freelance writers at a time, Mr. Bansal said. Her father served in the U.S. military and is a retired biologist. Her mother is a high school librarian.

Mr. Lichtenstein’s family had immigrated to the United States to flee religious persecution and there was “no chance” he would return to Russia, Mr. Bansal said.

In a later letter, another of the couple’s lawyers wrote that Ms. Morgan had frozen several of her embryos at a hospital in New York in anticipation of starting a family.

“The couple would never flee from the country at the risk of losing access to their ability to have children,” the lawyer wrote.

At the hearing, a prosecutor, Margaret Lynaugh, said in opposing bail for Mr. Lichtenstein, a dual citizen of the U.S. and Russia, that he had an active Russian passport and the means and intent to flee.

The judge ordered that the couple be freed on multi-million-dollar bonds, but at the government’s request, a federal judge in Washington blocked their release and scheduled the hearing on Monday.

In court papers, the government has called Mr. Lichtenstein and Ms. Morgan “highly sophisticated criminals.” Prosecutors said they believed the couple had significant additional assets, including hundreds of millions of dollars in virtual currency stolen from the Bitfinex exchange that had not been recovered, as well as access to numerous fraudulent identities bought on the so-called darknet, a hidden portion of the internet used for illicit transactions.

The government says the couple had also established financial accounts in Russia and Ukraine, and appeared to have been setting up a contingency plan for a life in one of those countries before the pandemic.

As evidence of what they depicted as a complicated money-laundering scheme, prosecutors say in a court filing that they had traced stolen cryptocurrency to more than a dozen accounts held in the true names of the couple or their businesses.

The government says in the court filing that when agents executed a search warrant at the couple’s Lower Manhattan apartment on Jan. 5, they recovered more than 50 electronic devices, including a bag labeled “burner phone,” and more than $40,000 in cash. Many of the devices were partially or fully encrypted or otherwise password protected, the court filing says.

In Mr. Lichtenstein’s office, agents found two hollowed-out books whose pages appeared to have been cut out by hand to create secret compartments, the filing says. (The compartments were empty.)

And then there was the couple’s cat.

As agents were about to begin the search, Ms. Morgan and Mr. Lichtenstein said they would leave their apartment, but wanted to take their cat, the filing says. The agents allowed Ms. Morgan to retrieve the cat, which was hiding under the bed.

But as Ms. Morgan crouched by the bed and called to the cat, she positioned herself next to a night stand that held one of her cellphones, the filing says. She then reached up and grabbed the phone, and repeatedly hit the lock button in what prosecutors say was an apparent effort to make it harder for investigators to search the phone’s contents.

The agents had to wrest the phone from Ms. Morgan’s hands. Court records provided no further information about the cat.

Cybersecurity
Previous ArticleThis baseball player turned artist has NFT art sales valued at more than $19 million. Here’s how he did it.
Next Article These 23-year-old Texans made $4 million last year mining bitcoin off flare gas from oil drilling

CleanSpark’s total revenue rose 400% in its 2021 fiscal year, but the sustainable bitcoin mining…

Annual Volume of Crypto Transactions Made by Russians Reaches $5 Billion

The metaverse is a 2nd chance to right the wrongs of social media. Here’s how