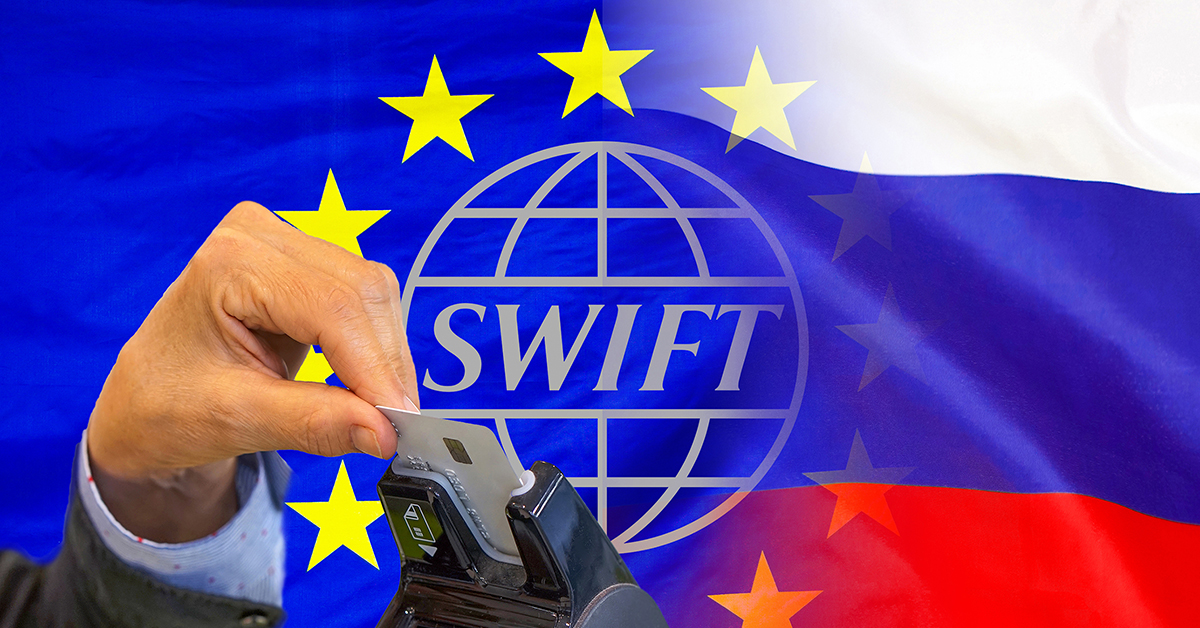 The US and its allies, amongst them the UK, Germany, Canada, France and Spain, have increased their sanctions against Russia by announcing that certain Russian banks are to be shut off from SWIFT – the global messaging system used by banks worldwide to conduct their business and issue payments.

Russian leader Vladimir Putin has said removal from SWIFT is an “act of war,” as it effectively cuts Russia off from the most extensive international banking system.

Weaponizing this key global transaction system might cut Russia off in the short-term, buying Ukraine more time, but there are other unintended consequences of such action – namely, it will give rise to alternative systems.

CIPS was launched in 2015 and allows the transfer and settlements of international payments in yuan.

So far, it’s reported that 23 Russian financial institutions are currently connected to CIPS, and Russia will have no issues doing business in the Chinese currency via CIPS.

Another credible viable alternative is cryptocurrencies.

Indeed, I believe the Ukraine-Russia situation will likely expediate mass adoption of the likes of Bitcoin as it provides a real case for a viable decentralised, tamper-proof, unconfiscatable monetary system.

Not only does crypto allow financial institutions to work seamlessly together, it will also help individuals send and receive payments. This is becoming especially critical amid reports that banks in Ukraine have put a limit on withdrawals at a maximum 10,000 roubles or $129 per day from ATMs, and/or are completely shut.

Meanwhile, Russians’ savings could be confiscated in response to sanctions against the country, according to Nikolai Arefiev, a member of the country’s Communist Party and vice-chairman of the Duma’s committee on economic policy.

In this environment of alternatives having to be seriously explored, we can be pretty confident that in-the-know investors will be further increasing their exposure to cryptocurrencies before prices rise, potentially dramatically.

They’ll appreciate that the weaponization of the traditional global banking system will fuel demand for digital currencies for the reasons stated above, but also because once the alternatives prove to be successful, the dollar Reserve Status could ultimately be in serious jeopardy, and they’ll be seeking borderless, global options.

In short, due to The Law of Unintended Consequences, the need for an alternative payment for most sovereign nations has been laid bare – and cryptocurrencies will be amongst the major beneficiaries.

Cryptocurrencies
Previous ArticleCrypto scams are bilking investors out of billions, here are 4 to watch out for
Next Article Bitcoin jumps 8% after Treasury imposes new sanctions against Russian

Russian companies have many cryptocurrency tools at their disposal to evade sanctions, including a so-called…

N26 missed out on crypto boom, got it wrong on global expansion: co-founder says