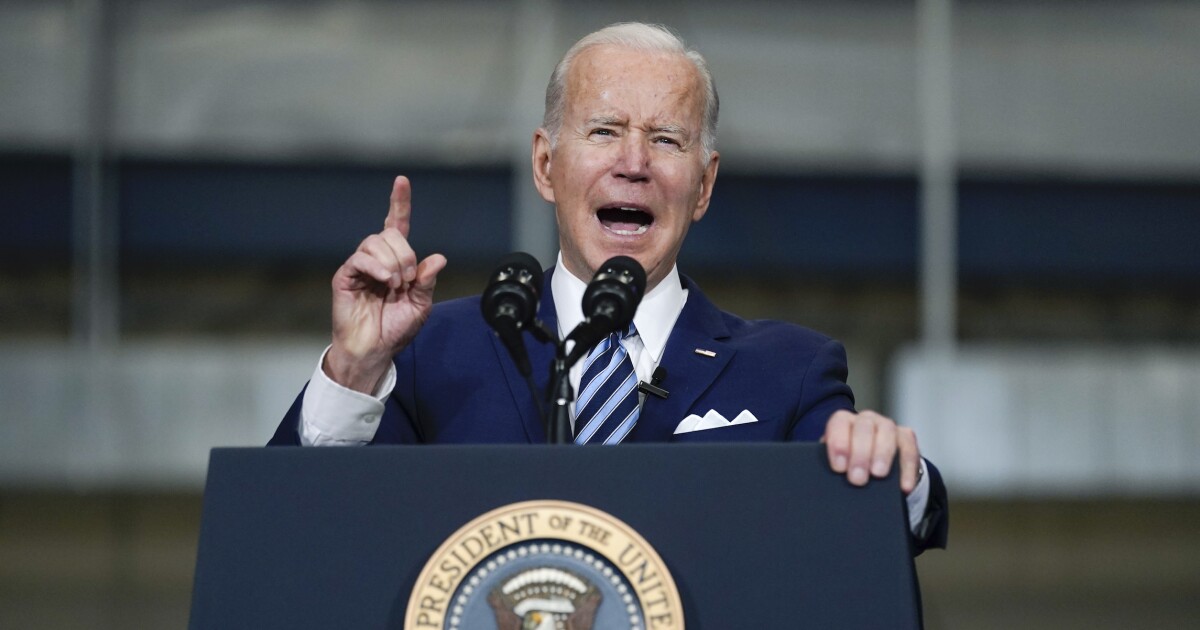 During the 2020 presidential campaign, Joe Biden casually referred to the public having “record players” at home. We can forgive him for being a bit out of touch with today’s technology: The president is now 79 years old.

Yet, reportedly , Biden nonetheless intends to attempt to regulate some of the most complicated and newfangled technology out there: cryptocurrency.

That’s right: The Biden administration is planning regulations on Bitcoin and other decentralized, nongovernmental digital cryptocurrencies. Per Bloomberg, it intends to do so in the name of “national security.”

“The Biden administration is preparing to release an initial government-wide strategy for digital assets as soon as next month and task federal agencies with assessing the risks and opportunities that they pose,” Bloomberg reports .

“The late-stage draft of the executive order details economic, regulatory and national security challenges posed by cryptocurrencies,” the report continues. “Meanwhile, the directive would also require other agencies to weigh in — carving out roles for everyone from the State Department to the Commerce Department.”

Suffice it to say that this is a terrible idea.

The global cryptocurrency market is worth trillions . Hundreds of millions of people across the world own cryptocurrency. It has created countless jobs and is posted about every three seconds on social media.

But crypto can be really confusing for outsiders. The technology is relatively new, and it’s constantly evolving. Even for industry experts, it’s a full-time job to keep up with it all.

Yet, we’re supposed to believe that ancient ole Biden and some detached federal bureaucrats can write rules for this technology? Even in ideal circumstances, government officials huddled in Washington lack the knowledge and insight into diverse markets and complex industries to plan them centrally.

But you definitely can’t competently regulate something you don’t even understand. (Seriously, a journalist should ask Biden to explain what a cryptocurrency is. I’d love to see his response.)

Experts and industry insiders alike agree that the federal government can’t competently take on this task.

“While I think that some form of regulation is inevitable, I also think that it is too early in the development of crypto to pursue regulation,” University of Mississippi economist Joshua Hendrickson told me.

Hendrickson explained that government concerns over “consumer protection” are overwrought because the crypto industry has already provided many ways for people to “dip their toes into crypto” safely.

“Blockchain technology has the potential to be a significant and important source of innovation,” he concluded. “To pursue regulation now is to risk stifling the innovation that could come from this technology — but maybe that is the point.”

Cryptocurrency influencer and author of Undressing Bitcoin Layah Heilpern offered a similar assessment. She, too, believes that some regulation of crypto is “inevitable” and does believe that at the very least, “it’s better to see it regulated rather than banned.” (Yes, some Democratic politicians actually do want to outright ban cryptocurrency!)

Still, Heilpern argued that many of the Democrats interested in regulating crypto “don’t entirely understand it.”

“I’ve heard Elizabeth Warren use Bitcoin and Doge in the same sentence when the two are not comparable,” she said, referring to Dogecoin, a “meme” cryptocurrency that is not intended to be taken seriously.

“This current administration doesn’t seem to understand nor care for crypto,” Heilpern concluded.

But that lack of understanding isn’t likely to stop them. Government officials and politicians are known to have an inflated estimation of their own abilities. And cryptocurrency threatens the government’s monopoly on and control of currency.

So, Biden may well move forward with his plan to regulate cryptocurrency. You can expect dysfunction and incompetence to follow.

Brad Polumbo ( @Brad_Polumbo ) is a co-founder of Based-Politics.com , a co-host of the BasedPolitics podcast, and a Washington Examiner contributor.