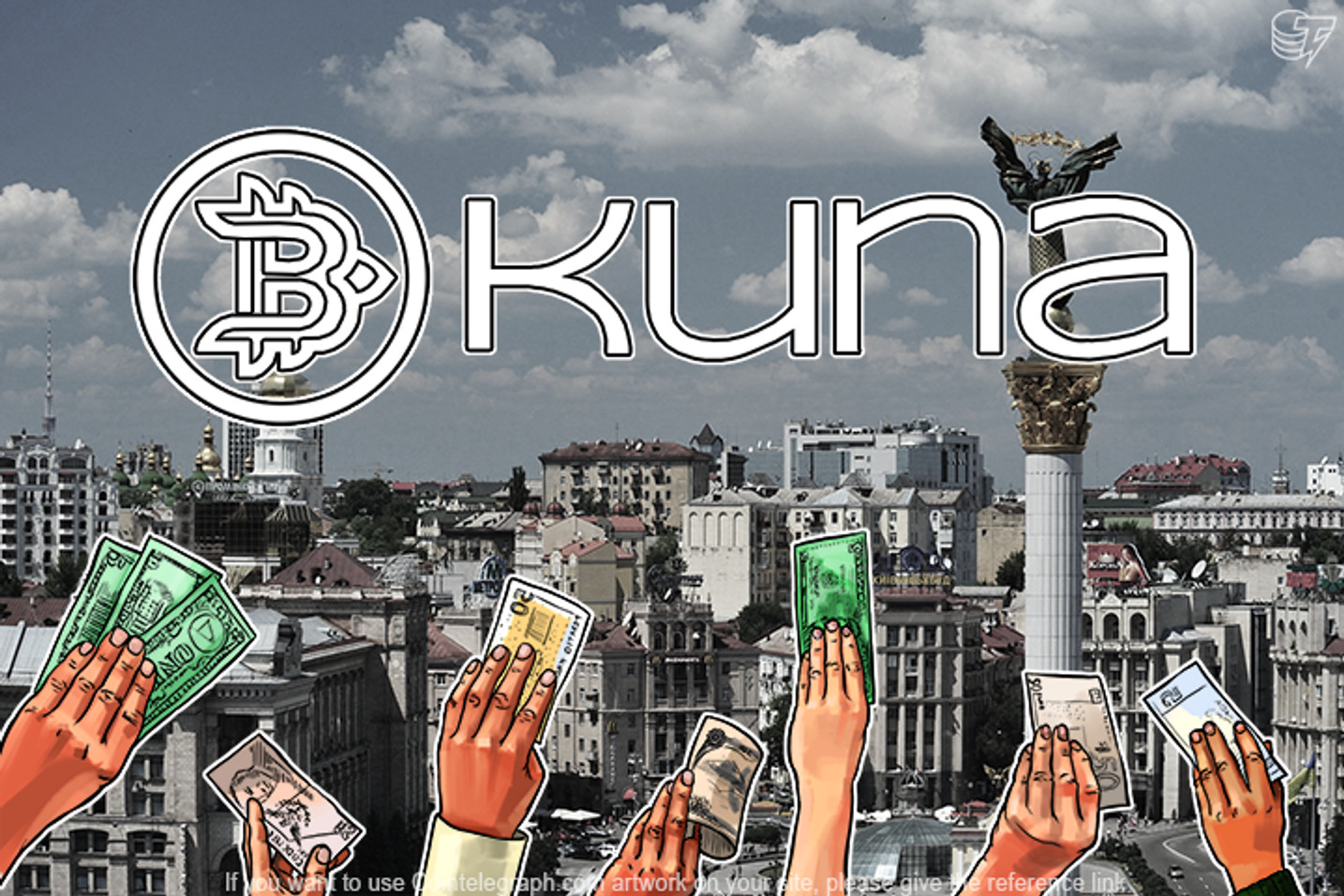 Kuna, Ukraine’s largest crypto exchange, has emerged as central hub for the country’s efforts to raise funds via cryptocurrencies.

The founder of Ukraine’s largest cryptocurrency exchange, Kuna, has been sleeping only a few hours a day since Russia invaded his country.

Trading of cryptocurrencies on Kuna has jumped since the war began. The surge is, in part, a consequence of strict capital controls implemented by the Ukrainian central bank: limits on ATM withdrawals, restrictions on the country’s official electronic-currency system and suspension of the foreign-exchange market.

But cryptocurrency and Kuna are also providing a vehicle for outsiders to donate to Ukraine, raising funds for the government and relief efforts.

Michael Chobanian is operating Kuna from the western part of Ukraine after leaving Kyiv. He said he had moved his staff and the exchange’s infrastructure outside the country before the invasion. Mr. Chobanian spoke to The Wall Street Journal via recorded messages to save time. At the moment, everything is being done in an ad-hoc fashion.

“That’s the reality I have to live in,” Mr. Chobanian said.

The Ukrainian government and private aid groups have raised about $51 million in crypto from more than 89,000 donations since the invasion started last week, according to the analytics firm Elliptic. Most of that has been coordinated by Mr. Chobanian and Kuna.

On Kuna’s landing page for a fund it set up to accept donations, it says: “Let’s stop the war. Let there be peace. In crypto we trust, for Ukraine we pray.”

While activists, politicians and even terrorist groups have used cryptocurrencies to raise funds in recent years, it has never been done by a national government, said Tom Robinson, the co-founder of Elliptic.

The amounts aren’t large compared with other funding sources—the Biden administration proposed sending $6.4 billion in aid and Ukraine raised $270 million in bonds on Tuesday to help fund its war efforts—but it shows that crypto has a role to play, he said.

“It demonstrates that money can be raised directly from individuals around the world, for humanitarian aid, or to directly fund a war,” said Mr. Robinson.

Leaning on technology isn’t out of character for the Ukrainian government, which has been trying to boost its economy with the technology industry in recent years. The country launched an official government-based system of electronic money and created a Ministry of Digital Transformation. It was that ministry that asked Kuna to start the crypto fundraising effort, Mr. Chobanian said.

“Cash is useless because it’s physical,” Mr. Chobanian said. Carrying cash is also dangerous in a war zone, he said.

Crypto transfers are especially fast compared with traditional methods. Transactions settle in about 10 minutes for bitcoin, for example, after which the money is transferred. What that means in practice is that the money being donated is available almost immediately.

Kuna converts crypto into other digital currencies or fiat currencies for bank accounts. Some of the supply companies for which Kuna is brokering the purchases, Mr. Chobanian said, are accepting payments directly in crypto. In some cases, they have walked the companies through the steps to do so.

“Because a lot of companies want to help us more than make money, they start accepting crypto for us,” Mr. Chobanian said.

The donation fund accepts a range of cryptocurrencies: bitcoin, ether, tether, litecoin, dogecoin and about 20 others. Gavin Wood, the founder of one blockchain-based platform called Polkadot, tweeted that he would donate $5 million if they set up a Polkadot address. Mr. Chobanian did a few hours later. Mr. Wood made the donation.

The Ukrainian government alone has raised $31.5 million in crypto donations and spent $17 million of it so far, according to an update Wednesday Mr. Chobanian shared on his Twitter account.

Ukrainian and U.S. officials have voiced concerns that Russians could use cryptocurrencies to evade sanctions.  Over the weekend, Ukraine’s Vice Prime Minister Mykhailo Fedorov asked crypto exchanges to block Russian users, something none of the exchanges agreed to do. So far there hasn’t been evidence supporting a large-scale Russian effort to avoid sanctions using cryptocurrencies.

Bitcoin Keeps Pulling Away From Stocks Roiled by Ukraine War