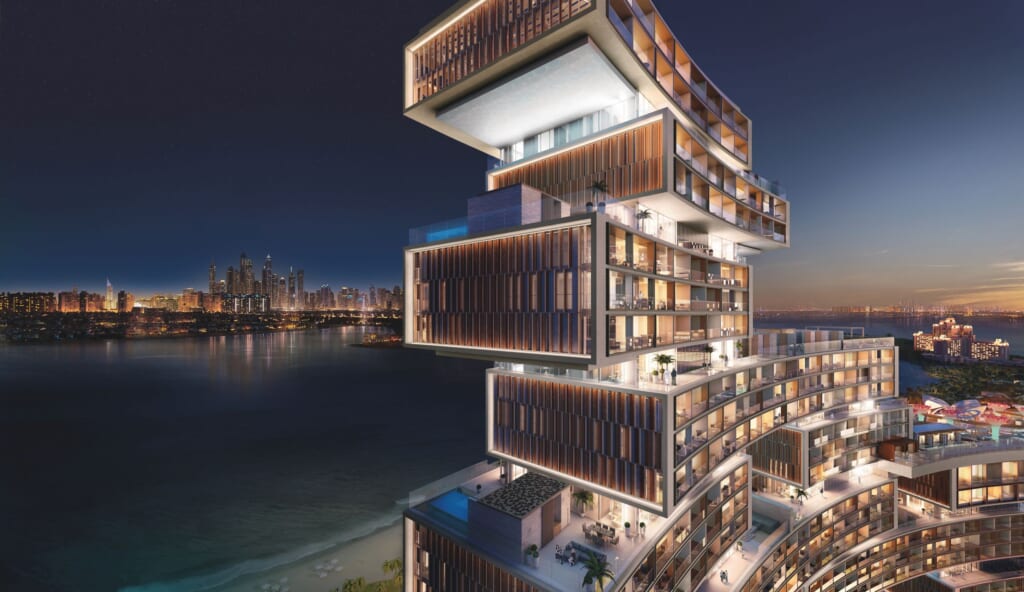 The numbers are staggering: according to a recent report by Coldwell Banker Global Luxury, the amount of money invested in luxury real estate in 2021 was greater than 2019 and 2020 combined.

And according to data compiled by appraiser Miller Samuel, at least 40 residential properties sold for more than $50 million in the U.S. alone, setting a new record in the ultra-luxury sector.

Helping it all along, the world’s 500 richest people added more than $1.2 trillion to their fortunes in 2021, according to the Bloomberg Billionaires Index, “powered by booming stock markets and central banks flooding economies with new money,” a trend that looks set to continue.

In addition, dozens of new billionaires were minted in 2021 thanks to “initial public offerings, SPAC deals, and cryptocurrencies,” Bloomberg notes, the latter in particular responsible for adding many billions in net worth. And while crypto markets have experienced a correction in the past few months, Bitcoin is already on the rebound amid growing opinion that it may well be a “safe-haven asset” in this time of economic uncertainty.

While many are in the market for properties in the most desirable areas of the USA, global luxury real estate markets have seen amazing growth as well, particularly in places with advantageous tax arrangements. The new crypto rich and their ilk are “taking a page out of hedge funds’ books” in this regard, Bloomberg notes. While “high earning investors in the U.S. pay up to 20% in capital gains tax and as much as 37% on short-term gains,” in Puerto Rico, for example, they pay nothing.

“And [while] companies based on the American mainland pay 21% in federal corporate tax plus an individual state tax,” Puerto Rico’s take is just 4%. That makes a move to a tax haven that also happens to be a beautiful place “a no-brainer for some investors, especially [given] the crypto market’s meteoric growth… and Democrats’ push for higher taxes on the rich.”

One bellwether for trends in ultra-luxury real estate has always been Southern California. Natalie Todd, Malibu-based realtor and resident specialist with world-class firm Douglas Elliman, tells us that “the ultra-luxury market has been exceedingly strong for the last several months with several record-breaking deals”; most notably, the record-shattering $177 million purchase of the Azria Estate in Malibu in 2021 by venture capitalist Marc Andreessen, who the New York Times reported “aims to own a huge part of the digital currency world” via his firm Andreessen Horowitz, “the largest crypto investor globally.”

Across Douglas Elliman’s portfolio, “Palm Beach Florida, Montana, New York City and Los Angeles are the location front runners, with the highest concentration of wealthy buyers for the most expensive residential sales” in recent months, Todd says—noting that “several discreet ultra-luxury real estate purchases last year were made by cryptocurrency billionaires.” As for the year to come, “if the [recent] past is any indication, in 2022 we will continue to see a strong, ever-evolving and growing luxury market for the ultra-wealthy with more record-breaking sales,” she concludes.

Guy Bradshaw, managing director of United Kingdom Sotheby’s International Realty, is equally bullish. “The last six months has seen continued appetite for best-in-class and trophy homes,” he told us in late 2021. “In the UK, we have seen increased requirements for large houses with ‘fun zones,’” or play spaces, with pools, gyms, spas, cinemas, etc., as “lockdown living is on people’s minds,” even on a grand scale; while “tech and crypto buyers are coming forward more and more.”

Urban listings are also back in a big way, Bradshaw of Sotheby’s notes: “Two years ago people fled the cities for space, now they are flocking back. Culture vultures have missed the theatre, restaurants and the social aspect a city life offers. Therefore centrally located penthouses, or large houses with gardens or terracing have become the go-to request for buyers.”

As examples, in 2021 private equity titan Leon Black reportedly paid $28 million for a mansion in one of London’s most exclusive neighborhoods. Across the pond, former Google CEO and leading light of Artificial Intelligence Eric Schmidt was said to be the buyer of a $27.5 million penthouse in downtown New York City, according to the New York Post.

With interest rates hovering near record lows, “the ultra-rich are frequently turning to credit” to fund such purchases, as Bloombergreports. “Morgan Stanley, Bank of America Corp. and JPMorgan Chase & Co. are among the banks that reported jumps [in 2021] in the value of asset-backed loans they’ve extended to clients,” they relate.

“The loans, usually borrowed against homes or stakes in public or private companies, provide the wealthy with cash to pay for their lifestyles without having to sell assets.” Lending balances at UBS Group AG’s U.S. wealth-management business meanwhile “grew to $87.5 billion in the third quarter [of 2021], a 27% increase from a year earlier.”

And the numbers for 2022 so far look set to be no less stratospheric.

Brands From McDonald’s to Walmart are Gobbling Up Metaverse Trademarks

From virtual makeup to digital hamburgers, some of the biggest brands are looking to cement…

Kraken Exchange CEO Wants You To Borrow Against Your CryptoPunk