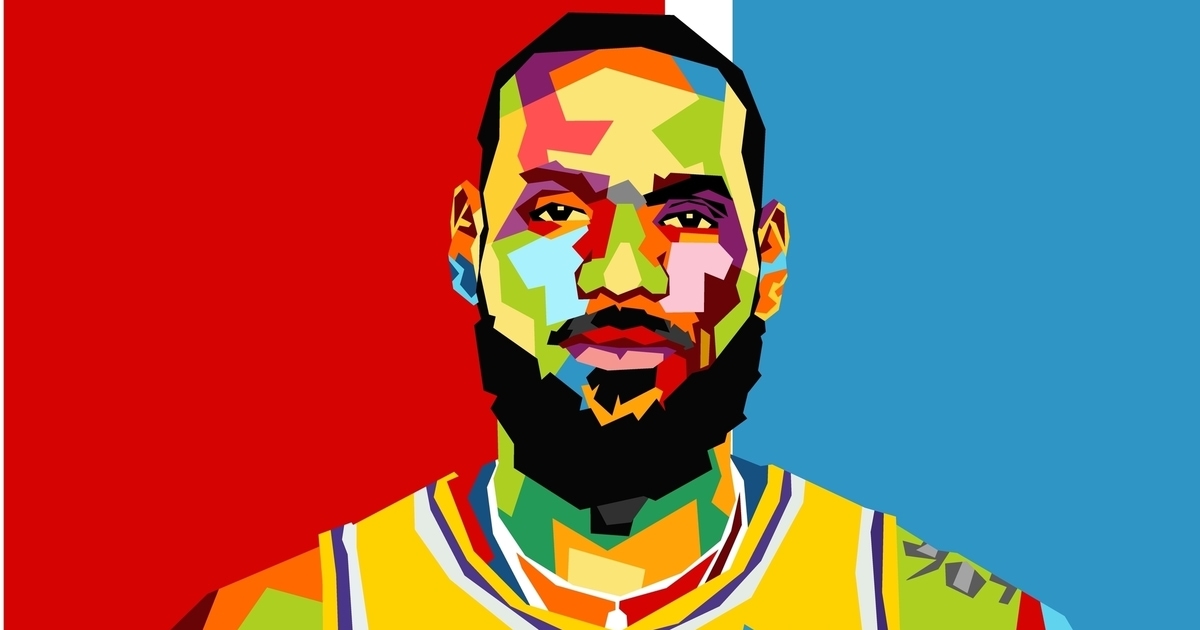 The NBA Superstar appeared in a Crypto.com ad during the Super Bowl and could end up investing in the crypto exchanges platform.

This would be a phenomenal catch for the cryptosphere.

One of those game changers.

Long overdue for that moment that could accelerate the adoption of cryptocurrencies and their technologies by the general public, digital currency evangelists seem to finally have their global ambassador. A known and familiar face around the world.

Lebron James, the NBA superstar, whose notoriety and influence go beyond the sphere of sports and basketball in particular, could very quickly become one of the shareholders of Crypto.com, one of the main cryptocurrency exchanges.

Maverick Carter, one of James’ business partners, led discussions recently about a partnership with Crypto.com. The two parties announced an agreement in January, but this could go further and lead to a likely investment by the superstar in Crypto.com.

Neither the company nor James has confirmed that he will become a shareholder or equity partner.

Hollywood superstar Matt Damon, one of the firm’s current ambassadors through various commercials, could also become a shareholder, but that not officially been announced.

Crypto.com could therefore end up with two global superstars. Difficult to dream better for the platform, which will thus have a face known by sports enthusiasts and another by the cinema and entertainment industry. It would be a big publicity stunt.

Contacted by TheStreet, Crypto.com declined to comment. A message sent to Maverick Carter via the Uninterrupted site, the media group co-founded with Lebron James, has so far remained unanswered.

There’s a sign that things are going in the right direction: Lebron James appeared, as TheStreet reported earlier, in a Crypto.com ad that aired before the beginning of the third quarter of the Super Bowl on Sunday.

On Saturday, James shared a video on Twitter and Instagram in partnership with Crypto.com in which he highlights the importance of web3 technologies.

“It’s time to build a new kind of web.#Empower can’t wait for Sunday!!!” the superstar posted.

The video is part of a partnership between James and Crypto that began in late January with a splash announcement.

James and his foundation, Lebron James Foundation, will give students and families connected to its I PROMISE program access to tools like Web3 to build the future of the internet.

Web3 is a roughly defined vision for a decentralized internet that uses technologies including blockchain.

Crypto.com has become one of the larger cryptocurrency platforms. It’s making a big push into sports to lure in new users. In November, the Singapore-based platform paid more than $700 million for the naming rights of the Staples Center, home of the Lakers, Clippers, Kings and Sparks.

As for Lebron James, he is one of the athletes and celebrities who invest a lot in the crypto space, either by financing startups or via NFTs. Last year, NBA fans drove the price of a LeBron James highlights video into six figures using NFTs or nonfungible tokens.

Lebron James’ investment history also shows that when he lends his image or associates with a brand he usually takes an equity stake in it.James, the Savvy Businessman

He is a shrewd businessman whose investments outside the basketball courts bring in millions of dollars. His investment portfolio shows a 1% stake in the Boston Red Sox baseball team, according to The Boston Globe. James also holds a stake in the English Soccer team Liverpool, according to Forbes.

The four-time NBA champion also has his production company, SpringHill Entertainment, and an Uninterrupted media group. He is one of the partners of the wellness and fitness firm Ladder and owner of 19 Blaze Pizza franchises in Chicago and South Florida. He is also one of the chain’s investors.

One of the investments that most closely resembles what could be done with Crypto.com is “Beats by Dr Dre”. James was one of the ambassadors of these headphones bought by Apple for $3 billion in 2014 but also one of the investors.

A few years into James‘ career, music mogul Jimmy Iovine and rapper Dr. Dre decided to start up the headphone company in 2006 with the name “Beats by Dre.”

The company had initially had some trouble garnering any traction during the first few years into their existence, but they had huge aspirations, according to Sportscasting.com. One of which was getting James to partner up with the brand, something that turned out to be an easier task than expected as the star forward had an interest in working with them back in 2008.

“That is where things took an intriguing turn for James; it didn’t turn out to be a typical endorsement deal, but instead, the two sides worked out him getting some ownership stake. It turned out to be quite a profitable move for star forward over time,” wrote the website.

In a recorded conversation in 2018 with Maverick Carter, his business adviser, James said himself that his investment in “Beats by Dre” was one of his best financial bets.

“Signing with Nike and signing down with Beats”, the superstar responded without hesitation.

As with Beats, James would become the face of Crypto.com and beyond that of the cryptosphere. This would allow this young industry to reach populations, an audience that is currently escaping them and above all could allay fears vis-à-vis cryptocurrencies among MainStreet. It could also allow the arrival of a new class of investors: the athletes.

It would be a bit like football legend Tom Brady with the FTX, another popular cryptocurrency exchange.

But unlike Brady, James is known around the world, which could make a difference for Crypto.com, especially since the industry wants to be borderless.

Read full story on The Street.com

Just about every year, the Super Bowl brings together over 100 million viewers—most of whom…

Dune Analytics is raising funds at a $1 billion valuation: sources