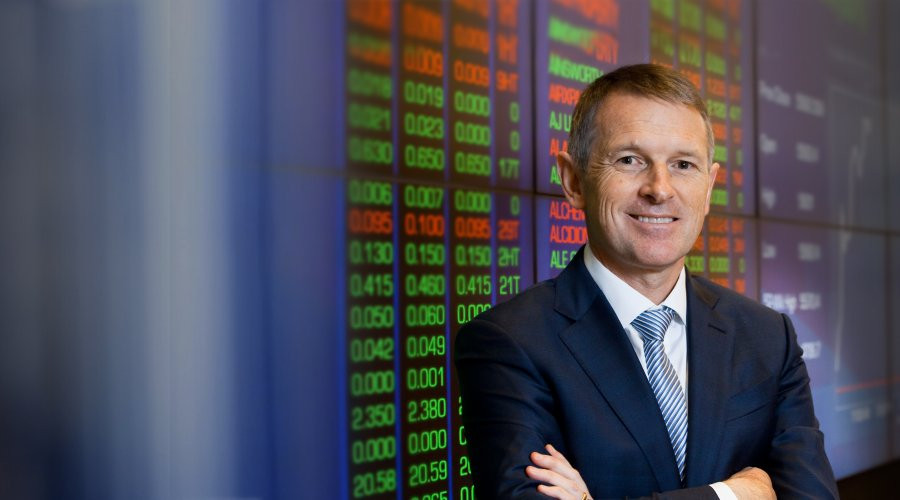 ASX Ltd chief executive Dominic Stevens says more businesses that deal with cryptocurrencies could list on Australia’s sharemarket as the nascent industry “matures,” and as the tech sector inevitably makes up a bigger part of the bourse.

Mr Stevens, who last week announced plans to retire later this year, has focused on expanding the relatively small role of tech companies in Australia’s mining and bank-heavy sharemarket during his five and a half years as CEO.

Until recently, ASX appeared wary towards cryptocurrencies, but that caution has been fading, illustrated by last month’s dual-listing of Afterpay’s new owner Block, which was previously known as Square.

Mr Stevens said cryptocurrencies would play a bigger role on the exchange over time, noting that as well as Block, the ASX allowed exchange-traded funds (ETFs) that were invested in crypto-based ventures, and it was working on allowing “pure” ETFs that would be based on Bitcoin and Ethereum.

He defended the past caution of ASX, pointing to ongoing risks in the crypto sector, such as hacking attacks.

“ I think as the industry matures, you may see Square-like companies listing into the future, but we’re protective of the quality of the companies on our exchange, and it is a very fast-moving space,” Mr Stevens said in an interview following his retirement announcement last week.

“As well as seeing people in garages creating huge amounts of wealth, we’ve also seen… a lot of hacks, and a lot of things spinning around quite fast out there.”

Under Mr Stevens’ leadership the ASX has been grappling with major technological change, including the surge in market activity in the tech sector globally, and the company’s own challenges with a major upgrade to its market infrastructure.

In the six months to December, the business was helped by a record-breaking half for capital raisings and new listings, but Mr Stevens said this had been an “unusual” period, and the first six weeks of this year had been bumpy.

ASX last week said the total amount of capital raised in the December half hit a record $90.3 billion. Mr Stevens said this bumper period for raising capital was helped by the sheer amount of money looking for returns, strong merger and acquisition activity, and the quantity of wealth being created in the technology sector. Ultra-low interest rates also meant investors had been more willing to back companies not expected to make a profit until well into the future.

Mr Stevens said some of these factors were turning, suggesting conditions may be “a bit frothy” and it was probably healthy there had been a slowdown in the markets for SPACs (special purpose acquisition vehicles), initial public offerings (IPOS), and Bitcoin.

Although boomtime conditions on capital markets would probably ease to more normal levels, he argued that in the longer-term, ASX was well-placed to benefit from an inevitable rise in technology companies as a force on global stock exchanges.

ASX says that between 2017 and 2021, it had 110 technology IPOs, trailing the Nasdaq, Japan Exchange Group, and New York Stock Exchange, but ahead of major exchanges in Singapore, London and Hong Kong.

“ASX, if you go back a long time, if you look at it in a global sense, it’s sort of a sharemarket for miners, banks, some retail. What I think the team has done here is actually diversify the offering of ASX,” Mr Stevens said.

“At the end of the day if you look out to 2030, there will only be more technology companies, not less, and it will be a bigger section of the index because that’s just the way the world’s going. To not actually focus on that would have been a mistake.”

Ethereum is poised to be the next Bitcoin. Here’s why

There are a few good reasons why Bitcoin gets a lot of attention from crypto investors. For…